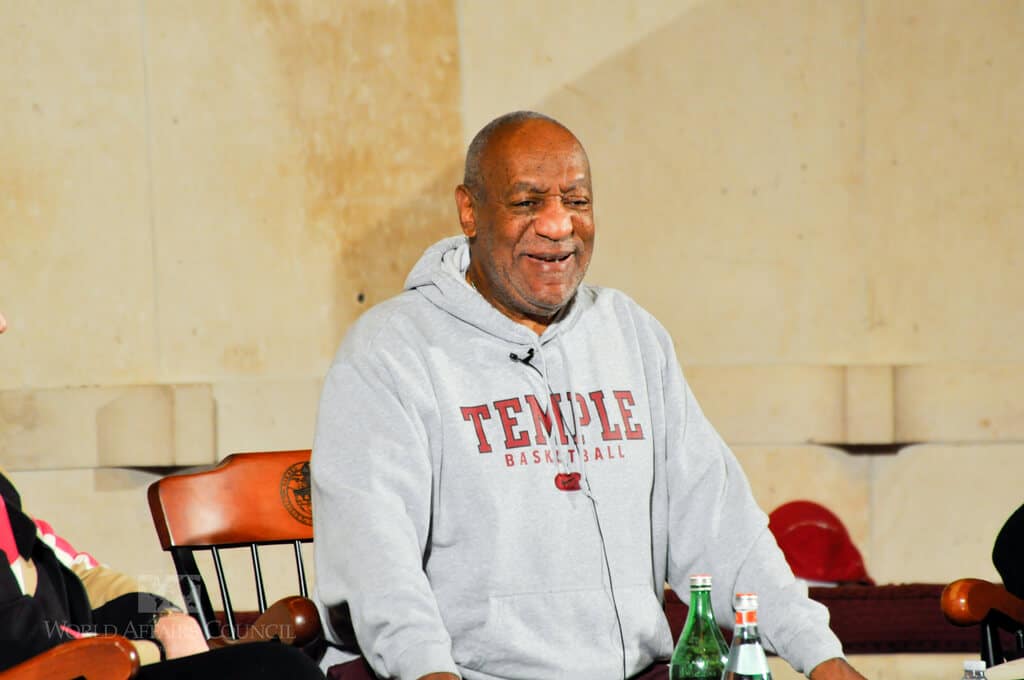 Photo credit: The World Affairs Council of Philadelphia via CC

With the growth of social media, smartphones, and streaming services like YouTube and Soundcloud, it’s never been easier to become an “influencer” or even a celebrity. This is good in the sense that they’ve democratized creativity and taken power out of the hands of big industry players and made building a career in acting, music, media and writing accessible to so many people. It has also allowed talent to have a direct relationship with fans and has allowed fans to decide what’s hot and what’s not.

But there’s also a downside. First, the bar has been lowered when it comes to talent and the market is saturated with people who want their work to be seen and heard. Second, the world is full of “social media whores” who are desperate for fame, likes and follows and who add very little value to the world. Third, the idea of developing talent for two to four years until they’re actually ready has become obsolete. In music, record labels now behave like pimps, signing the hottest “talent” of the day who can generate immediate sales, only to discard them after a few years. The goal for many artists and labels isn’t longevity, but “getting the bag” and then moving on.

My journey to where I am with SHIFTER took me 15 years of development. I volunteered and learned under the leadership of others. I watched them succeed and then I watched these same leaders make mistakes like abusing their staff and cheating on their spouses. I watched power go their heads. And I watched them lose everything. I also went to counselling and got some emotional, mental and spiritual healing for my own issues.

I’m definitely not perfect, but I’ve paid my dues and have gone through the process of learning about leadership, the world around me, and most importantly, myself. I went from literally feeling like the most talented person in the world to understanding that my talent isn’t for myself, but to benefit others.

Today, it’s hard to get any young talented person to go through a development process. Getting people to play the long game instead of running head on into success is almost impossible. People are ready right out the gate, or so they think.

The older I get is the more the story of the tortoise and the hare makes everyday sense to me. Life, whether professional or personal, isn’t a sprint. It’s a marathon. I used to be like the hare, sprinting through life, but eventually you either get tired or you crash. In the short-term you feel like you’re winning, but in the long run intentional and measured steps win.

This is why although I love talent, I’m actually getting disgusted with it. I used to value talent above anything else and wanted to work with the most talented people, but the industry (and the world) doesn’t need more talent; it needs more character.

If you look at what’s happening in show business right now, the careers (and lives) of people like Bill Cosby, Harvey Weinstein and Hedley have been seriously derailed. Their problem wasn’t a lack of talent or creative genius, but a lack of character, and by character I mean humility, honesty, integrity, patience, and work ethic. What we’re learning now is that talent gets you in the door, but character is what keeps you there.

The issue is that while developing your talents has a tangible and immediate reward (you know if you spend a certain number of hours on your craft what it’ll do for your career), developing character doesn’t appear to have any tangible and immediate benefits. The benefits of having good character aren’t often seen until adversity, opportunity or power comes to your doorstep- accusations are being brought against you, someone is trying to put you in a compromising position, your career is in a downturn and you’re not as hot as you used to be, or you simply have a lot of power.

Talent without character is like counterfeit money; it looks real but if you look closely it has no real value. The ideal is great talent coupled with great character. That’s the key to longevity. If you only plan on being in the game for a few years, this article isn’t for you; continue being pimped for short-term gain. But if you want to be around for a long time, understand that the world doesn’t need more talent; it needs people who have taken the time to couple their talent with character.