The truth is if you think Conor McGregor lost, you’re wrong.

As my colleague Sheldon Barrocks noted, it was McGregor who originally vocalized the idea for the fight when it was reported on by Chad Dundas of Bleacher Report.

How McGregor convinced the world that this was a fight that needed to happen, a fight that they needed to see, is beyond me, but he’s quickly turning this fight into an empire- McGregor Sports and Entertainment.

McGregor started his namesake company to generate revenue from his fights, brand and likeness, but I imagine it will soon evolve into much more. 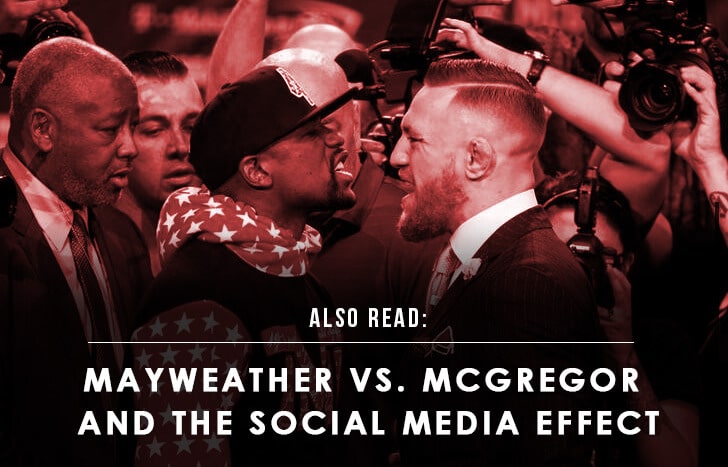 A quick Google search reveals McGregor’s recently released Android and iOs app MacTalk. For $1.49 you can get access to some of McGregor’s top trash talking sound bites. Although the app looks like something created in someone’s basement, the owner of the app is none other than McGregor Sports and Entertainment.

Earlier this year, McGregor Sports and Entertainment applied to trademark “THE NOTORIOUS”. The trademark application lists ventures like after shave, barber shops, health clubs and video games (he was also drinking his own brand of whiskey on-air during his post-fight interview). This doesn’t compare to Floyd’s 230 plus trademarks, but clearly McGregor is following Mayweather’s blueprint (apparently Mayweather recently trademarked “50-0”).

But Connor McGregor’s biggest move is yet to come. He’s been vocal over the past year about wanting an ownership stake in UFC and Dana White is finally open to listening.

Imagine McGregor Sports and Entertainment getting a piece of the UFC pie.

McGregor has a few avenues to make history, whether as a UFC fighter turned owner, or as the first fighter to be a contender both in boxing and MMA simultaneously.

This fight has also been a coup for McGregor when it comes to social media.

McGregor is the new Mayweather

This fight represented a “changing of the guard”. It was the great one versus the next one. It was Jordan versus Kobe in the 2003 NBA All-Star game. The baton was handed off.

Between his business moves and brash persona, McGregor is the new Mayweather. I wouldn’t be surprised if Mayweather ended up becoming a mentor to McGregor. Just like Jordan and Kobe, Mayweather has found the closest thing to himself.

I don’t know if he’ll have the level of financial success Mayweather has, but I believe he’ll have opportunities that Mayweather never had. My prediction is that he’ll soon be courted by Hollywood similar to John Cena, Dave Bautista, and Dwayne Johnson. He’s already a great actor.

Even though I don’t care too much for Mayweather, he has to be commended for the way he changed the game for combat athletes. He’s created the blueprint for fighters the same way Michael Jordan has for basketball players and Beckham has for soccer players.

It’ll be interesting to see how McGregor takes that blueprint and redefines it for a new generation.