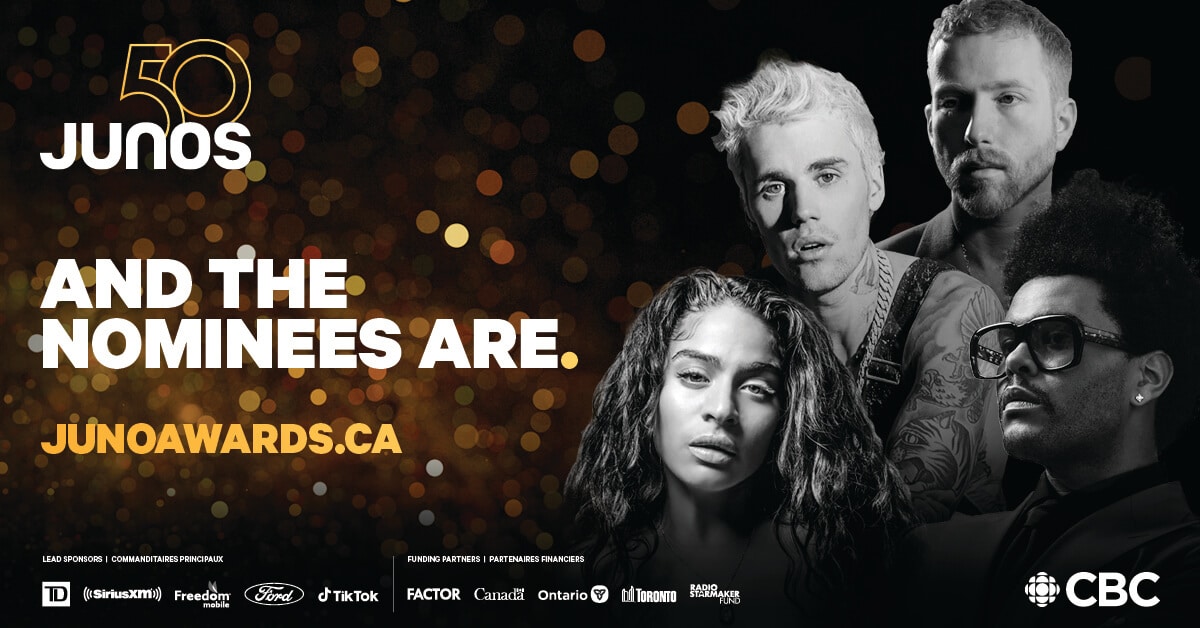 Among the nominees for International Album of the Year are Eminem with Music To Be Murdered By and the late Brooklyn rapper Pop Smoke with Shoot For The Stars Aim For The Moon.

The 2021 edition of the awards will incorporate some of the most iconic musical landmarks from across the country, including Budweiser Stage in Toronto. More locations will be revealed ahead of the broadcast will air nationwide Sunday, May 16 at 8 p.m. ET/5 p.m. PT across CBC’s platforms, including CBC TV, CBC Gem, CBC Radio One, CBC Music and globally on CBCMusic.ca/junos.

For a full list of 2021 Juno award nominees visit junoawards.ca.