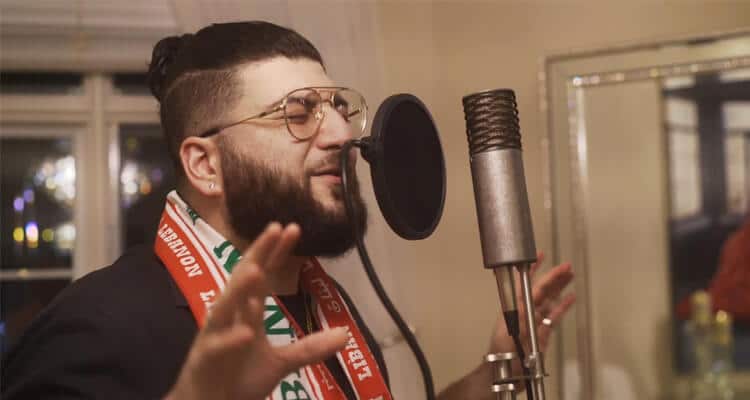 Last August, members of the Lebanese community and the world looked on in horror as videos of the explosion in Beirut, Lebanon flooded social media. One of those members of the Lebanese community was Canadian hip-hop recording artist SVLM who immediately took to Instagram to share his shock and used the platform and Spotify to raise funds for those who needed relief.

In February, he returned with a new single “Yeslamli Jamalik (Beirut)” to send love to those still grappling with the aftermath of the explosion and to continue to shed light on the incident.

SVLM has now released new visuals for the single which opens with a reenactment of SVLM’s reaction to the news of the explosion followed by shots of Beirut’s beautiful people, streetscapes, hills and beaches. Shot by Rohit from Nbrhd.Studio and edited by both Rohit and Nahed Williams, revealing the beauty of Beirut and Lebanon in light of the fairly recent events.

“I really wanted the visuals to bring life to the audio; that’s what I learned growing up and watching music videos. The visuals are crucial to the story, they can make you feel things that audio alone cannot accomplish”, SVLM explains. “After many edits and a lot of communication between the production team and myself, I feel that this video does exactly that. It is a little journey into the beauty that is Beirut and Lebanon, and the way the video climaxes towards the end still gives me chills after the 100th time watching it from start to finish. I hope it brings joy to the people of Beirut and Lebanon the way it brings joy to me, and I hope it opens up the eyes of the world to the beauty of my country and its people.”

“Yeslamli Jamalik (Beirut)” is available on all major streaming platforms. To check out the music video click the image in the header.