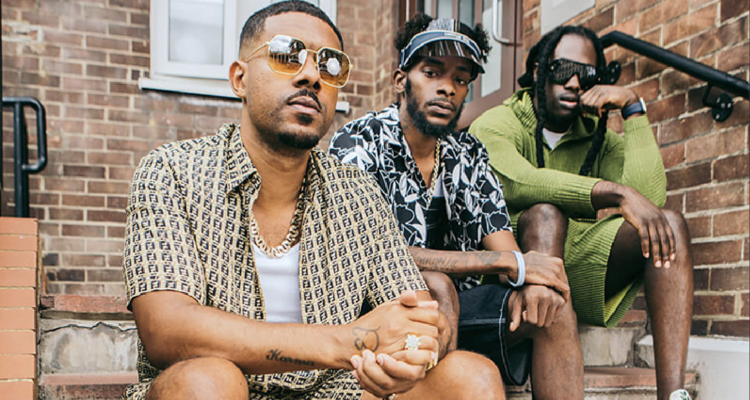 UK-based trio WSTRN drops their third mixtape, WSTRN Season 3, and it does not disappoint.

It has been three years since West-London trio WSTRN dropped their last studio project, WSTRN Season 2. Its highly anticipated successor, WSTRN Season 3 has finally arrived on the scene and it’s here in style.

WSTRN, made up of cousins Haile and Akelle and friend Louis Rei, has been one of the brightest prospects coming out of the UK, moving the world with its viscerally-charged music and dynamic  production.

With a retro flair and a palette of colourful instrumental experimentation, WSTRN Season 3 is something special for more reasons than one. Most notably, it signifies Akelle’s return to the group for a studio project, uniting the three members for an unstoppable comeback.

Moving in full synchronization, WSTRN ventures sonically with afro-influenced instrumental production. Overall, many of the tracks are laced with a soft, sensual feel. But don’t get me wrong, WSTRN still has an arsenal of records that solidify their UK hip hop roots.

The mixtape features 15 songs with previously released singles such as, “Be My Guest”, “Unload”, “Professional Love”, “Mama Stay”, “Never Find” and “Armagidion”. This time around, they brought out features such as Kranium, Dexta Daps, Skillibeng, Fireboy DML and Lila Iké, who each brought their own flavours to perfect the foundation WSTRN laid.

More than a collection of singles, WSTRN Season 3 is an impressive body of work where we witness the growth of WSTRN, not just collectively, but in each member. Akelle and Louis Rei get deeper in their lyrical growth and maturity as rappers, while Haile flexes his versatility and ability to channel any mood. Meanwhile, executive producer PRGRSHN gets deeper in his beats bag, fostering unique auras in every song he touches.

The leading track, “Wonder Woman”, is an ode to mothers and inspiring women out there. It starts off with a beautiful saxophone intro, as gentle background vocals build in, giving it a nostalgic vibe. The trio give an ode to their mothers and the women in their lives by appreciating all that they have done for them:

She don’t leave me hungry cause she be wonder woman,
When you think there’s none you’ll find a way to go beyond,
Every life received believe it come from ah woman,
Anything she want mi give some my wonder woman

The next track, “Wait For Me”, perfectly melts in and gives an Afro-inspired feel with its tantalizing percussions and strings. With a standout feature from British rapper and singer Pa Salieu, this jam is about questioning a love prospect’s loyalty. Weeding out those who are there for just the fame and the money, Haile asks:

Oh my baby would you answer?
If I never had the mulla,
If it wasn’t for the German,
Would you be calling me your man?

“Honest” is a Latin-inspired song tinged with heavenly strings. Kenyan artist, Nviiri the Storyteller starts the song off giving it an afro soul-flare. The song is about emotional intimacy, centering around being honest with feelings and giving into each other. We hear Akelle’s smooth vocals on the hook this time around:

Previously released tune, “Never Leave” brings the reggae vibes and features Jamaican singer and songwriter Lila Iké. “Never Leave” is about that special someone and promising their devotion and commitment to them, hence, “never leaving”. Lila Iké’s smooth buttery vocals bless the chorus, and the pristine saxophone arrangements could arguably make the song wedding party worthy.

Navigating tropical-tinged afro fusion hits to hip hop cuts, WSTRN then gets in its R&B bag on “Close & Personal”, for an old-school, feel-good vibe.

The album ends perfectly with “So Blessed”. Rooted in positivity, WSTRN gives thanks for life. The record starts with a beautiful sax intro that could be an interlude by itself. This song raises a toast of gratitude for all of WSTRN’s blessings, with the anthemic chorus: “I am so blessed for life”.

WSTRN Season 3 is one of the group’s best productions. You can tell the difference and elevation in production, lyrics, sound and movement. The instruments chosen to complement each song were done so with care. The trio’s unique talent paired with unbeatable features makes WSTRN Season 3 a must-listen to project. WSTRN never disappoints, and the album is once again a treasure of bangers.

Listen to WSTRN Season 3 above.