A few weeks ago, Ottawa played host to the first ever Cranium Festival, an urban music festival that featured local, Canadian and American artists, as well as a number of panel discussions and networking opportunities. In a city where I’m used to seeing events flop after a lot of hype, Cranium was a welcomed surprise. The shows were good, the actual setup was well done, and using multiple venues across downtown made the festival feel “big”.

SHIFTER played a small role hosting the industry tips panel at the Origin Arts & Community Centre moderated by yours truly. Featuring two artists, an entertainment lawyer, and a music industry vet, it was a pretty informative session with diverse perspectives.

Then it happened. Halfway through the panel we hit an awkward point. In talking about the local scene and our lack of connections to the wider industry, the Toronto-based panelist took the time to big up Ottawa’s biggest hip-hop export, Belly. “You guys are acting like you don’t have Belly. You guys have an Ottawa artist that’s signed to Jay-Z”. Then the room went silent as everyone looked around at each other, wondering who would be the brave soul who would say what everyone was already thinking. Finally someone chimed in, “He’s never here”. Another person in the crowd added, “He never reps here”. Finally, someone else added, “Drake lives in L.A. but look what he does for Toronto”.

And this is exactly the problem. Does Belly owe Ottawa anything? Not really. He’s put in his time and paid his dues, but the reality is Drake, and his impact on Toronto, has created a standard that fans have come to expect when it comes to artists showing love to their hometowns, especially in Canada.

Among Drake’s contributions to the 6ix is OVOFest, and this annual demonstration of hometown love doesn’t stop with him. Despite living in L.A., Travis Scott shows his hometown of Houston love by putting on the Astroworld Festival once a year. Post Malone brings Posty Fest back to Arlington, Texas every year. The same can be said of Tyler the Creator and the Camp Flog Gnaw Carnival in Los Angeles and The Roots with Roots Picnic in Philadelphia. Hometown love has come to be expected in today’s hip-hop landscape. 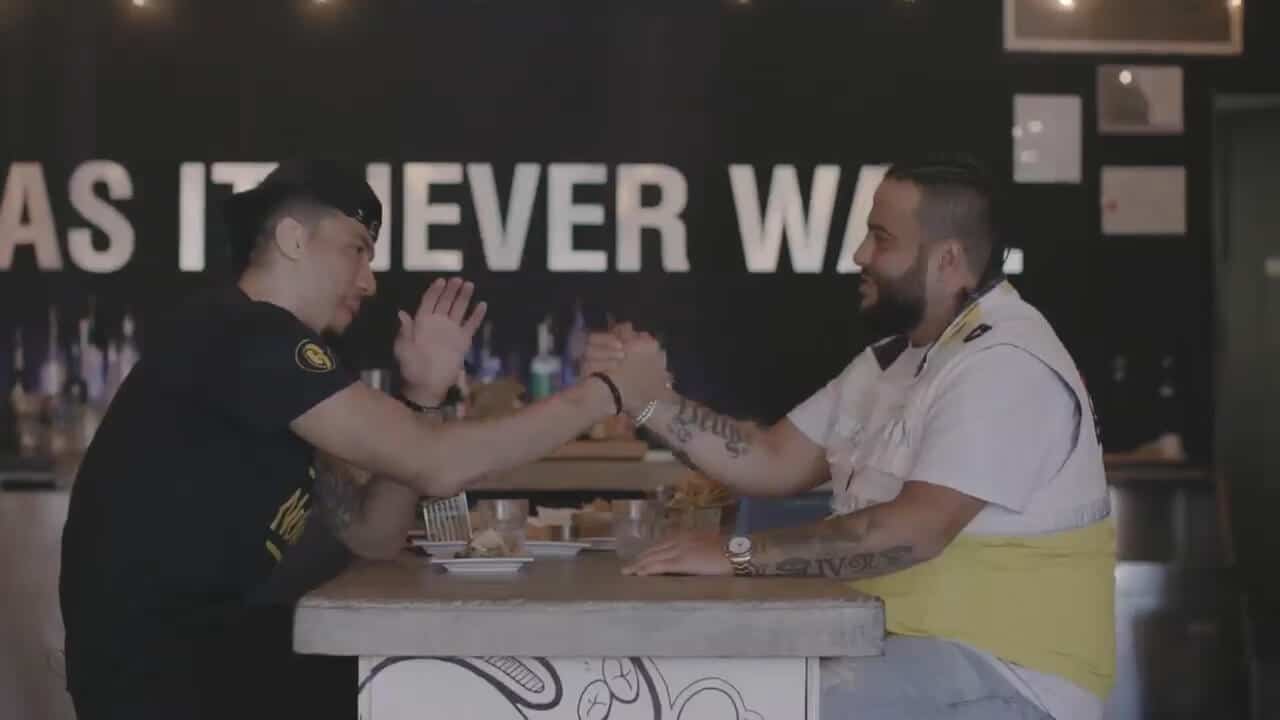 Now, in interviews Belly doesn’t hide the fact that he’s from Ottawa and he recently appeared on Danny Green’s TV special for TSN during Green’s stop in Ottawa (and posted about it on his Facebook page). The two sat down at local restaurant Atari in the Byward Market and talked about the city and his album Immigrant.

Nevertheless, among the side conversations at Cranium was the impact a “Bellyfest” could have on Ottawa, especially if it was sprinkled with local artists, and I’m all for it. This isn’t to discredit the impact home grown festivals like House of Paint or Cranium have on the city. Ottawa is used to not being “put on” so we find ways to grind and put ourselves on. We can’t sit around waiting for a saviour, but we also can’t dispute the fact that a Belly backed festival could do wonders for the city and help elevate Ottawa into the mainstream. Ottawa’s music scene has grown a lot in recent years and there’s been a lot of momentum. The quality of the music is ridiculous and the talent pool is deep with the likes of Night Lovell, City Fidelia, Hevve, SVLM, and MLB to name a few. The city could benefit from the shine Belly could bring. Obviously putting on a major festival is expensive, but here’s one simple way to make “Bellyfest” a reality.

Although a stand alone festival would be ideal, I think Belly and Bluesfest could benefit from a partnership. What would that look like? Let Belly reach deep into his rolodex (figuratively speaking; no one has a rolodex anymore) and program one full day at Bluesfest. Shoot, give him the final day of Bluesfest and close it out with a bang. That way Belly doesn’t have to dig into his own pockets to pay for stages and lighting. He can leverage Bluesfest’s infrastructure while Bluesfest gets to leverage his brand, marketability and contacts. Win-win situation.

This setup isn’t so far fetched. Many years ago, Bluesfest has a Gospel stage marketed as the World Gospel Jam. Top Gospel music artists like Kirk Franklin and Israel Houghton used to play that stage. It really was like a festival within a festival. Why not give Belly the World Gospel Jam treatment?

Some purists, “real ones”, and anti-industry folk will say we don’t need it, but for the most part hip-hop and the industry still depend on co-signs. Going back to Drake, his success wasn’t homegrown. Drake wouldn’t be where he is today, even in his own city, without a co-sign from Lil’ Wayne and Toronto wouldn’t be where it is without a co-sign from Drake. Belly is in the same position having received a co-sign from the GOAT, Jay-Z, and RocNation. “Bellyfest”, or some version of that, would be a game changer and a perfect way to give his city some well-needed shine.