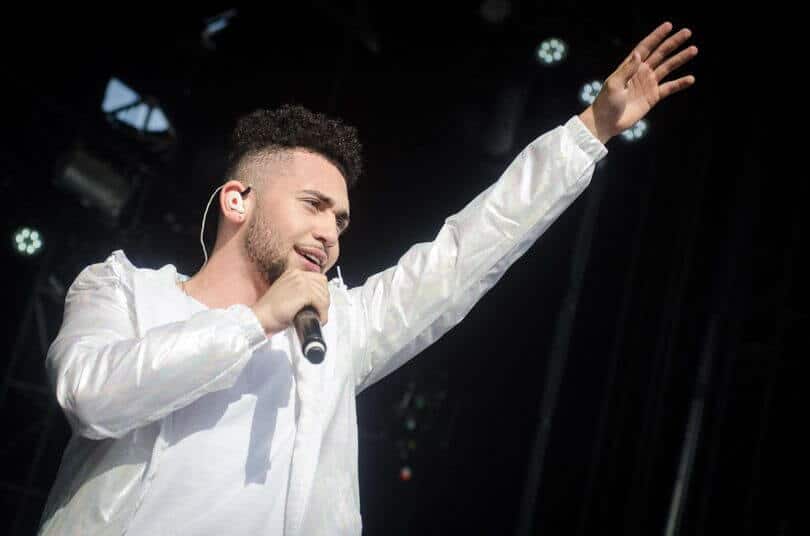 Maurice Moore is one of the hottest acts coming out of Canada’s capital today. After joining R&B singer Kehlani’s Tsunami Mob last year, and releasing tracks ranging from 11,000 to one million plays on Soundcloud, his hard work is paying off.

Moore started off with the upbeat tracks Awesome and Just 2, one of my favourite songs of the night. It’s a groovy and fun song that features Moore’s rap skills. Artists like Drake are blurring the lines between R&B and hip-hop and Maurice Moore continues that trend and does it well.

Rapping on a fun R&B song is good but he’d later come back with an introspective rap freestyle over keys and drums that had me like, “Okay, he can rap” and I actually wanted to hear more from him.

Maurice also gave us a glimpse into his personal musical influences.

At some points the show felt like a throwback to the 90’s. In the first half of his set, Moore performed a medley of classic R&B songs- Pony by Ginuwine, My Boo by Usher and Alicia Keys and Ignition by R. Kelly (the latter two aren’t 90’s but throwbacks nonetheless). Adding to the 90’s vibe were Moore’s backup dancers. Every so often he would join them in their dance routines which I haven’t seen on stage in a while. It  stood in contrast to other performers today but it worked for him.

Another influence on his sound is Caribbean music. Throughout the show there were songs with a Caribbean vibe, including his hit Play. A lot of American artists struggle with this fusion but Maurice Moore is Canadian; we do Caribbean well.

One thing that I wondered was whether Ottawa would show up to support a hometown R&B artist and I’m happy to say we did. Moore gushed about his love for the city and the city, including the girls in the front row, gushed back.

Overall, it was a good show. I’m not sure if I’d usually be able to sit through a full R&B show, but Maurice Moore provided the right mix of R&B, rap and island vibes to not only grab my attention, but actually have me enjoy myself. Big things are ahead for Maurice Moore.