SHIFTER editor, Kevin Bourne, had the chance to ask Canadian R&B artist 12AM a few questions about his big year, life in the big city, and his hit song “Devin Booker” ahead of his Midnight Tour kicking off January 25th in Montreal. This is what he had to say.

Kevin : First of all, where does the name 12AM come from?

12AM : I got it from mixing my own music. I used a reverb called the midnight plate on logic and it made my voice sound real vibey. Then I put it together with the music, especially since you should be listening to it after midnight. So I just went with 12AM.

Kevin : I understand you recently moved to Toronto. What’s it like creatively being in a bigger city?

12AM : It’s been four years now, but its been beneficial for me especially with music. The scene there is booming. I miss Ottawa though.

Kevin : 2017 was a big year for you. You came out with your EP “Aftermath”, you performed in Ottawa, Toronto, London, Germany and Belgium, and your hit “Devin Booker” got media coverage in the U.S. Was 2017 everything you expected, or were there some goals you didn’t get a chance to execute on?

12AM : Yeah, I was super happy with 2017. I saw the world, met some of my idols, played in front of thousands, and even sold out headliners. Still so much to work on though. I can’t wait for the new music to come out. 2018 is going to be an even bigger year for me.

Kevin : Did Devin Booker reach out to you?

12AM : Yeah! That was the highlight. He DM’d me on Twitter when I was in Copenhagen and I was losing my mind. He’s my favourite NBA player atm. The next Kobe in my eyes. So he brought us to the game in Toronto and gave me a jersey before. Shit was surreal. I’m a huge basketball fan. If I could jump I’d rather be an NBA player than a musician hahaha.

Kevin : Your upcoming tour, the Midnight Tour, is quickly approaching. For people who have never experienced a 12AM show, what can we expect?

12AM : I take pride in making it sound like you’re sitting in the studio. I mix my own live shows so I want people to take it in and feel the music sonically. 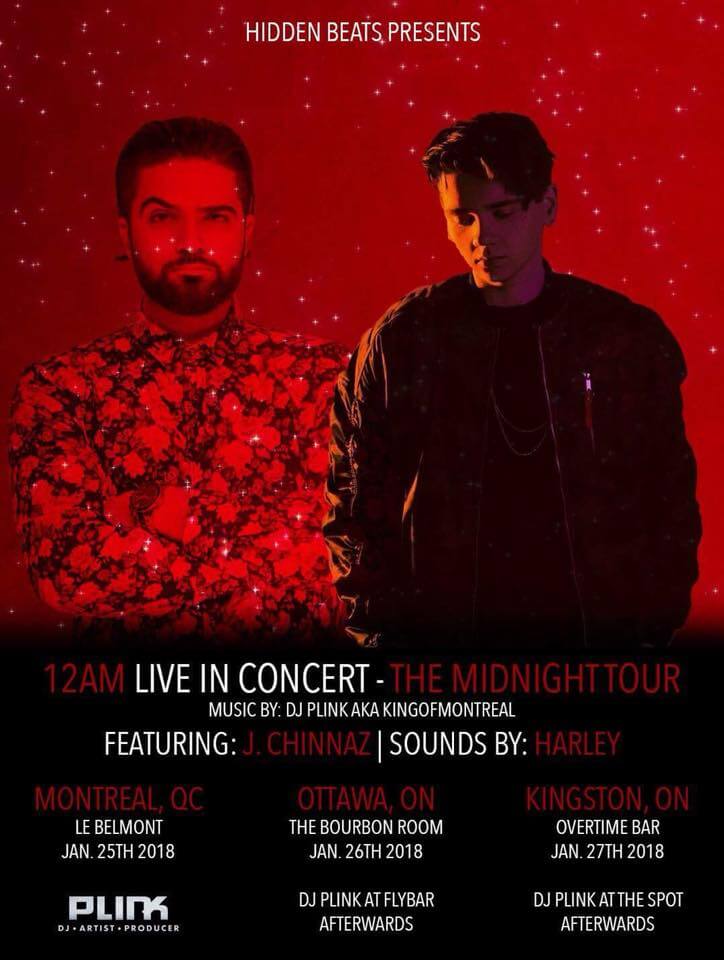