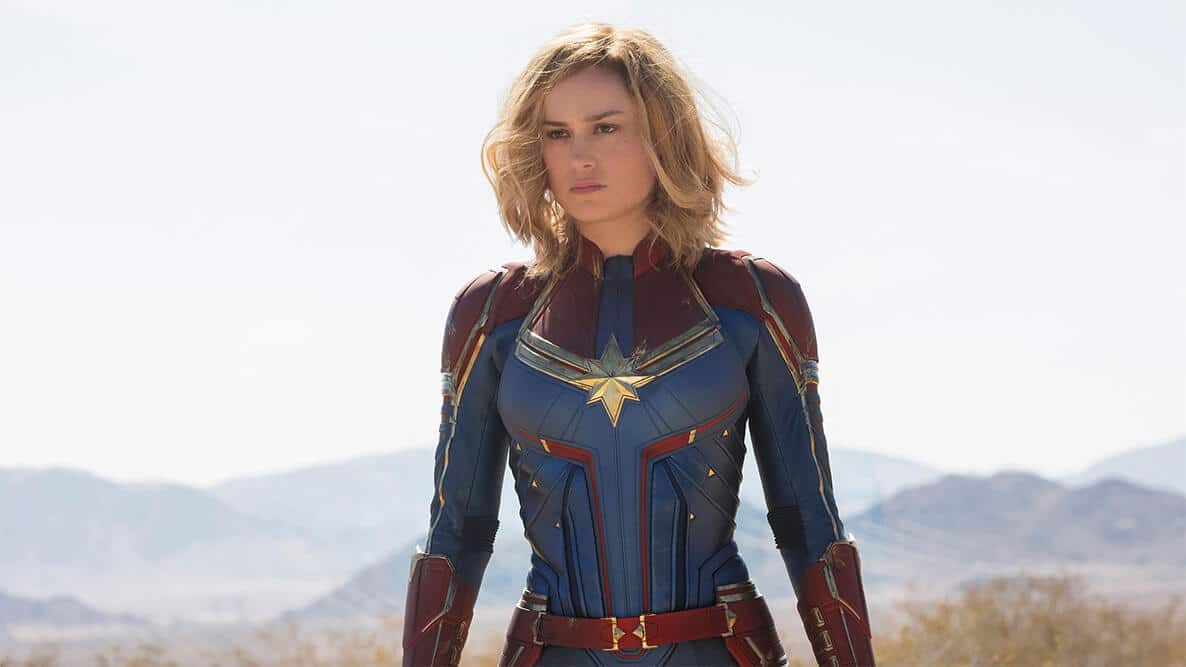 This is one of those reviews that will receive a certain level of backlash regardless of the position taken. Captain Marvel has been on a lot of people’s list of most anticipated films of 2019. Ever since she was brilliantly teased at the end of Infinity War (2018), fans have been dying to see Carole Danvers appear on the big screen. When the news broke that academy award winner Brie Larson would be playing the iconic character, Marvel fans rejoiced in unison. The character of Carole Danvers is one of the most powerful characters on the entire Marvel roster. She is indeed on par with Thor and Hulk as the most destructive yet heroic force in the universe, and if anyone besides those two could give Thanos a smack down, it would most likely be her. Unfortunately, though rooted in potential and high expectations, Captain Marvel fell short of being marvellous.

The story takes us back to the early days of the MCU long before Tony Stark put on the famous iron suit of armor. Coulson is still alive, Ronan the accuser is still out there accusing and Blockbuster is still around. The film doesn’t beat around the bush and introduces us to the Kree vs. Skrull mythology right off the bat. We find out that Carole Danvers has been living among the Kree for as long as she can remember while suffering from a serious case of amnesia. Unable to recollect her memories, Carole dedicates her life to Starforce, a galactic police force that patrol the stars, hunting down the shapeshifting Skrulls who seem hellbent of infiltrating every planet. An early altercation sends her crashing down on her native earth where she encounters a younger, not-so-jaded or war weary Nick Fury, who, by the way, still has both of his eyes.

Captain Marvel obviously has enough mythos to be one of the most entertaining films in the MCU since Infinity War but it unfortunately falls flat as soon as the first act ends. The story suffers from an over reliance on a non-linear narrative that is ultimately really hard to piece together. The Skrulls feel like Power Ranger villains and often deliver some very cringy lines. The action, though visually stimulating, is extremely hard to follow and does not add a lot of weight to the narrative.

Surprisingly, the most disappointing thing about Captain Marvel is Captain Marvel herself. Do not go into this movie expecting the multi-layered personality that we have been associating with Captain Marvel for years now. Brie Larson’s portrayal of Captain Marvel is extremely bland and wooded which is unfortunate given the nature of her talent. The blame is not to be put on her though. It is rather apparent that directors Anna Boden and Ryan Fleck are the ones who decided to go with the one-layered performance. It is ultimately up to director of a film to decide what performance they want to pull from an actor and whether or not they made the right decision here is up to your own judgement.

This is not to say that Captain Marvel does not have its high moments. The dynamics between Carole Danvers and Nick fury is fantastic to say the least. The de-aging technology used on Samuel L. Jackson was also mind-blowing. The CGI was barely noticeable and seeing a younger, lighthearted Nick Fury was definitely a highlight.

Regardless, it is ultimately up to you to make your own assessment of the quality of the film. If you enjoy Captain Marvel, good for you. If you do not, do not be afraid to criticize it constructively. That is how we get better film. Captain Marvel is filled with potential and it would be interesting to see another director take a shot at the character. This gives us another reason to look forward The Avengers: Endgame where Brie Larson will reprise the role, this time under the helm of the Russo Brothers.