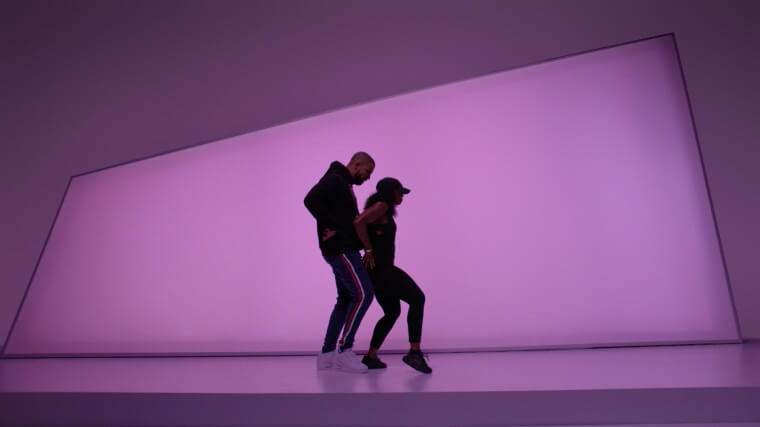 HOW DRAKE BECAME THE MOST DOMINANT FORCE IN HIP-HOP

Fresh off his latest album, What A Time To Be Alive, a joint project with fellow hip-hop sensation Future, it’s without a doubt that Aubrey Graham, better known as Drake, is on top of his game and on top of the hip-hop world. While the world is listening to the album over and over again, it’s what Drake is currently working on that’s making the world impatient, wanting more from the Toronto native. Views from the 6 (or 6ix, as referred to on social media) has been in the works for some time, and to add to the hype of the album being released sooner than later, billboards around Toronto had pictures of a possible album cover or simply just a tease, just to keep people on their toes.

Whether it’s in the world of sports, music, or pop culture among many other things, it’s without a doubt that Drake is currently the most influential man in hip-hop and one of the most influential people in music and culture, period. Whatever he puts his hands to turns into gold, or diamond (like the WATTBA cover), and people will do whatever it takes to achieve the success he has achieved over the years.

With his unprecedented rise from child actor to recording artist to cultural influencer, it’s worth it to see how he was able to do it.

In his latest music video, for arguably the biggest hit in music this year, Hotline Bling, Drake is wearing a flashy red jacket and a Jordan t-shirt. As a matter a fact, it’s nothing new that the Toronto rapper has been seen wearing the brand, as he partnered with the brand on the Air Jordan 10 OVO Edition. The sneaker was only on the market for a short period of time, making it a must-buy amongst sneaker heads and Drake fans. The sneaker sold out in minutes, now making it extremely difficult and expensive to put your hands on, going for four-digits. The partnerships didn’t stop there, as brands like Canada Goose couldn’t wait to affiliate themselves with Drake and the OVO brand.

In 2013, it was announced that Drake would be joining forces with the Toronto Raptors as a global ambassador in order to help promote the team and make it more popular amongst all the teams in the NBA. The Dinos were so appreciative of Drake joining the team that they came up with an OVO themed jersey, a black base along with gold letters, even including OVO’s owl logo. They have also branded Drake Night where they had him announce the starting lineups at their November 25th game versus the Cleveland Cavaliers, led by friend Lebron James. Fans were given OVO inspired Raptors t-shirts and the opportunity to dance in an onsite Hotline Bling booth. It’s also no secret that Drake has helped to lure free agents to MLSE teams, like when Jermain Defoe joined Toronto FC.

Drake’s influence can also be attributed to the team he surrounds himself with. Founded in 2012 by Drake, his producer Noah “40” Shabib and Oliver El-Khatib, OVO Sound is a label that features well known artists like Travis Scott from Houston, Toronto native PartyNextDoor, Majid Jordan, Roy Woods, ILoveMakonnen as well as producers 40, Boi-1da, T-Minus and Mike Zombie. The impressive team composed of artists as well as producers shows a sign of good things to come, all while putting Canada on the hip-hop map.

The OVO (October’s Very Own) movement has drastically grown over the past few years, making Drake the most talked about rapper north and south of the 49th parallel. Every August, usually the long weekend, which happens to be the same weekend as Caribana, a large Caribbean festival in Toronto, Drake hosts OVOFest, a music festival at the Molson Amphitheatre, where he brings fellow artists to perform in his hometown, his way to give back to the city that gave him so much. Throughout the years, the festival has welcomed legendary performers such as Bun B, Nas and Stevie Wonder, all while keeping it Canadian, with performances by The Weeknd, Kardinall Offishall and PartyNextDoor. His OVOBounce basketball tournament is also beginning to attract more and more NBA players to Toronto during that weekend.

Never forget where you came from

In a city overshadowed by sub-par sports teams, Drake has given Torontonians a reason to be proud of their city. Despite his busy schedule, Drake always makes time for his city, whether it be sitting courtside at a Raptors game or even throwing an impromptu concert at a local university, it’s without a doubt that his hometown is very important to him. He mentions Toronto in a countless amount of songs, and films some music videos around the city, most notably the video for Headlines, shot in the Rogers Centre, the home of the Toronto Blue Jays. He even went as far as naming his most anticipated album of his career, the upcoming album, Views From The 6, set to be released in early 2016.

Find your own style

Over the past few years, it has become a reoccurring trend for up and coming rappers to use a style of rapping brought to life by Drake. His hybrid between melodic, soft-spoken songs and conventional rap is a sound that appeals to nearly everyone, prompting so many artists to take this route. The constant switch between melody and lyricism makes him a multi-talented artist, hence being able to represent hip-hop as well as R&B. This iconic style made popular by Drake has recently become arguably the most popular music genre. 2015 has seen the arrival of many new hip-hop artists who utilize this style, one of them being Fetty Wap, a 24-year old from Paterson, New Jersey. In his recently released self-titled album, he incorporates a lot of mixture between melody and lyricism just as Drake does, i.e the chorus of his major hit Trap Queen and his club banger, My Way, which was remixed by none other than, you guessed it, Drizzy.

While Jay-Z, the king of Brooklyn had his success in the early 2000’s, ruling the empire of hip-hop, it is safe to say that Mr. Carter has passed on the torch to the man representing the Six, or quite frankly all of Canada when it comes to this genre of music. It will be interesting to see what else Drake has up his sleeve for 2016 and the years to come.