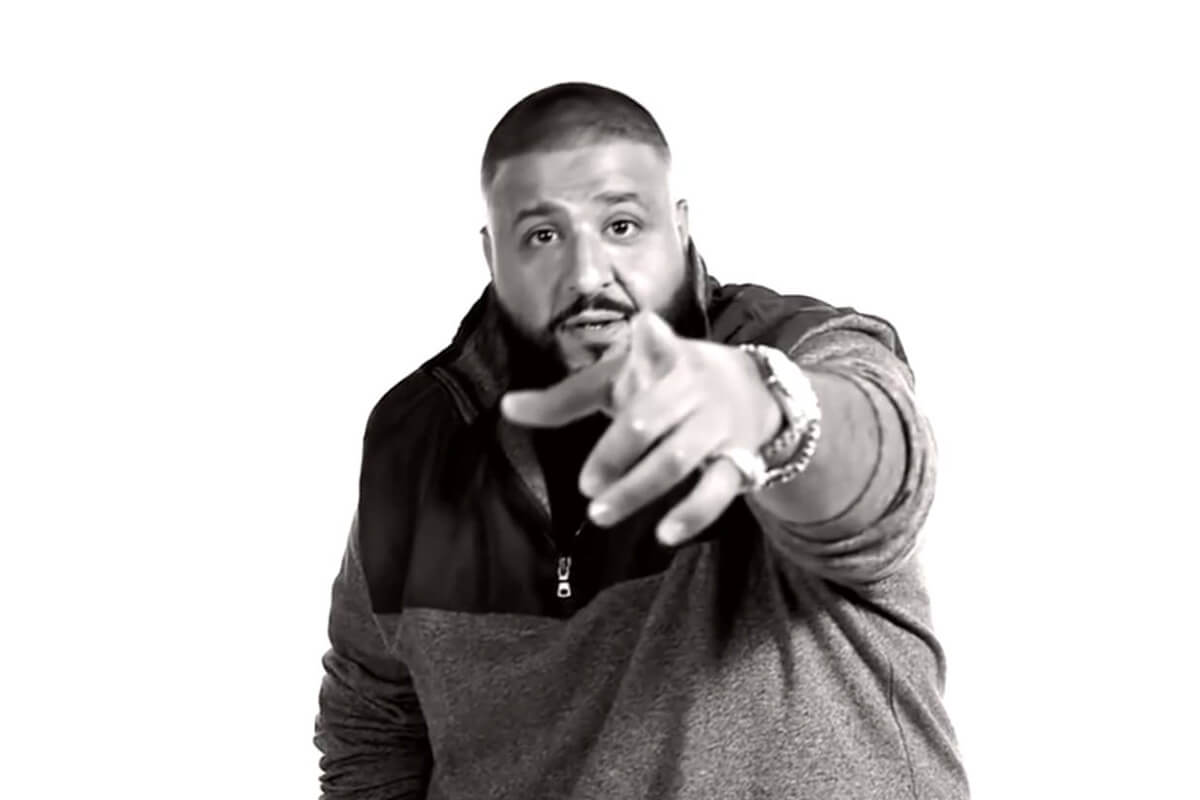 Social media is a great way for celebrities to share what they’re up to with their followers. While some artists, like Jay-Z, never take to social media, others don’t shy away from it as a way to connect with their fans. Today the hottest social media platform on the planet is Snapchat. If you haven’t taken the plunge, Snapchat allows people to post pictures and videos for up to 24 hours using a feature called “My Story” and followers can watch it as many times as they want within that time frame.

Probably the most successful user is none other than DJ Khaled, recognized as the King of Snapchat, attracting six million followers in only six months. DJ Khaled has become a successful Snapchat influencer by being himself, being inspirational, coining some signature sayings and quotes, and showing another side to his life, one that most fans don’t get to see from their favourite celebrities. He’s constantly posting stories of literally all his daily activities. Whether he’s watering his flowers, also known as his “angels”, talking his notorious lion, exercising, riding around on his jet ski, or taking a shower, Snapchatters know what Khaled is doing all day, everyday. Some people find him annoying as his Snapchat stories tend to be very long, but for some, like myself, he can come across as a wise philosopher and motivator, offering us daily “keys to success”.

Also read: HOW DRAKE BECAME THE MOST DOMINANT FORCE IN HIP-HOP

For those who only know Khaled as a Snapchatter, he has quite the musical resume.  He’s signed to Jay-Z’s label Roc Nation and has influenced the world of hip-hop producing  “anthems”, songs that feature various artists and are played on mainstream radio. Songs include All I Do I Is Win, We Takin’ Over and I’m On One just to name a few. He recently performed at SXSW with hip-hop legend Nas and has the #1 radio show on Apple Music.

While DJ Khaled had success before Snapchat, it’s obvious that with this tool in hand he’s been able to take his success to another level, becoming a global brand. Khaled has recently been in the spotlight as he’s starring in a movie that will be released at some point in 2016 and made appearances on major TV shows like The Ellen Show and Jimmy Kimmel Live! He even graced the cover of Bloomberg Businessweek as the face of their story on Snapchat and the New Future of Media. He’s now turned his Snapchat quotes into apparel, with items like t-shirts, flip-flops, and hats.

In the world of hip-hop today, things may seem dark and twisted, but not with Khaled, as he shows the people that celebrities can live a normal and happy life.

Let me leave you with my Top 10 DJ Khaled quotes:

These ten quotes are only a fraction of the wisdom he has to offer, but you need not to worry, you can get your daily dose of Khaled on his Snapchat: DJKhaled305.