I sat at my desk under incandescent lights, staring at my mac, an external monitor, a Windows tablet, and an Android phone with dread. “At least I get to play with all of these gadgets,” I consoled myself but the thought was interrupted by a group of people dressed in jeans and t-shirts across the airy, industrial-like room, laughing while in good conversation.

I was working as a UX designer in the better kind of corporate. The kind where you could wear what you wanted, set your own hours (within reason), get handfuls of candy on the daily, be frequently treated to free catered lunches, team axe throwing, weekly pub nights, ice cream truck days- you know, the kind of setting that bankers dream about. But something deep within me still felt unsettled…incomplete…uncertain. 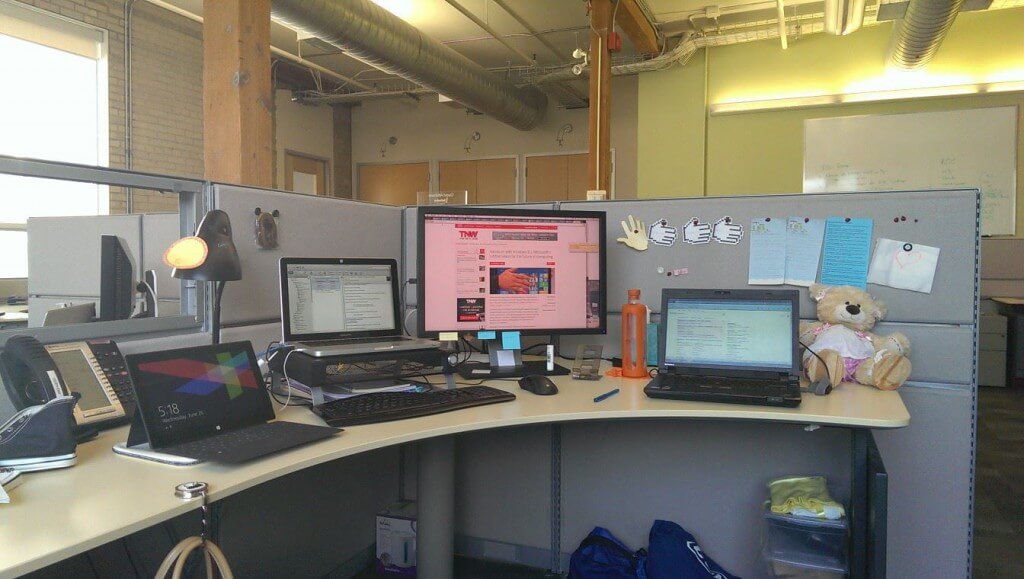 So, I did what any other person would do; I continued to put on my khakis and go through the motions every day, begrudgingly. I knew I was starting to hate my job and resent the place I worked at, but I was so spent most of the time that I couldn’t even afford the energy for half a thought to think about it, let alone the courage to do something about it.

Before I knew it, I was flying off and away to Uganda for a 3-week volunteer trip, unsure of whether my ‘job dread’ would impact the epic work that I was about to be involved in, but excited about the break away from all the things that had made me grow so weary.

I shovelled dirt with men who were discovered in trash cans as babies. I chatted it up with women selling their crafts who were ravished by war, men, and AIDS. Walked hand-in-hand with little 10-year-old girls who faced each day not knowing whether they’d be forced to stop going to school or if they’d be married off. 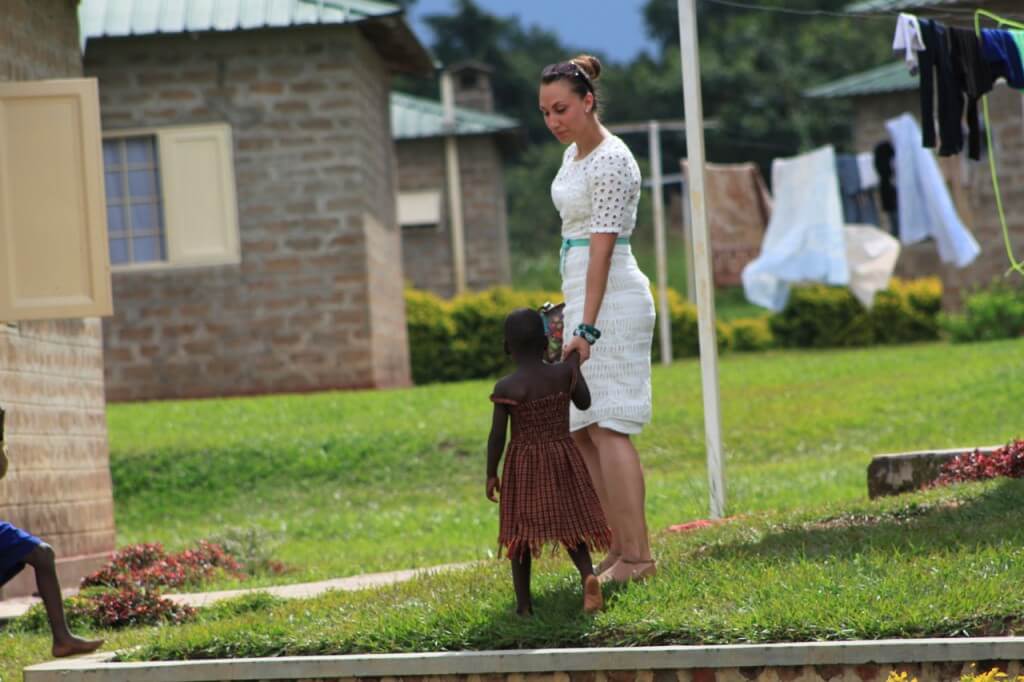 They too were going through the motions but in a very different way. Each day with hope-infused spirits, they took their broken pieces and instead of looking at all of the brokenness, they found new ways to purposefully use those pieces for other opportunities. I learned so much from living and working with those people. Life. Forever. Changed.

Before I knew it, I was on a plane back to reality. I sat there in front of the same screens, under the same bright lights, in the same casual threads, but a completely different person. It wasn’t long after I returned to work that I submitted my resignation letter (I’m talking days here). Trips like that make you quickly realize how fortunate you are. We’re practically bathing in extravagant luxuries in North America and we haven’t the slightest clue what’s going on. All we know is that we want more- more of the everything that we feel we can’t live without. So while whining about traffic or slow internet connection were definitely immediately noticed, another, more unexpected, luxury was revealed to me. The biggest luxury we have is freedom of choice.

And so I sat there in my office chair anxious and depleted after an unproductive and somewhat heated meeting with a co-worker and remembered the countless stories of young ones in Uganda being forced to do the dirtiest of jobs in order to take care of seven younger siblings after losing parents to war and AIDS. I remembered a teenager telling me that he was so grateful that he and his twin were rescued from a garbage pit after their mother abandoned them as newborns. He explained that he wasn’t sad or angry that his mother abandoned him, or that that he had no family, or that he had to do hard labour because he didn’t have an education. Instead, with the most sincere form of gratitude, he looked at it all as a second chance.

Then I asked myself “Why?” Why am I doing this? Why am I still here? I made the decision to honour the biggest luxury we have and I left my job with no other work lined up or even the slightest clue of what I wanted to do next. There I began a very painful, messy, and rewarding path of self-discovery. It was time to test, tinker, explore, and unearth my deepest passions.

And out of this journey, my blog Dots & Lace was born. While the blog doesn’t provide me with a source of income, it’s the perfect outlet for all of my thoughts and creations. It’s become the ideal testing ground for any creative idea from simple to ‘cray’. The best part is that I get to call all the shots- what to publish, when to share, what relationships to form. It’s so freeing to know that I don’t have to work within a set of rules and requirements imposed on me. Not surprisingly, most of my best work has been produced on Dots & Lace.

I kind of suspect you also have an itch to ditch the 9-5 world. Don’t credit my telepathic abilities just yet- I figured that since you’ve read this far, you’re probably on the verge of doing an “I’m going to do my own thing” protest. And to that I say, “Do it!”

Well, actually…just hang on for a moment. Don’t get me wrong. While this self-discovery- errr sabbatical has been absolutely amazing, I’d be lying if I said the past year and a half has been without challenges. In fact, being without any source of income and daily structure have forced me to experience every emotion possible and especially depression. So, I’d be doing you a disservice by only joining your ‘flip the bird to corporate’ party and not sharing the growth opportunities a.k.a hard knocks I’ve come across. Hey, I just want to make sure you’re informed…then we can party it up.

Courage Is Not Always Rewarded

Just because you were bold enough to take the leap, doesn’t mean that life will reward you with clean, straight paths. In fact, the buzz from your bold move dies out pretty quickly because life gets tough, real fast.

It’s going to be a lot of trial and error and pivoting directions. And more than anything. patience, because people won’t just start making it rain on you just because you’ve made the decision to ‘do you.’

Make Lots of Plans, Then Throw Them Out

Strategy is key. You need some direction and goals to strive towards. Push yourself to document these goals and formulate plans to reach them. Then throw most of them out.

Structure and flexibility may sound contradictory but you don’t want to come up with a strategy that sets you up for failure. Each day will be very different, with new discoveries and challenges. If you can’t adapt to your journey, you may just shoot yourself in the foot.

I carefully crafted a “Phases of Success” strategy. It was a great activity that really challenged me to think about what success meant to me. But buried somewhere in that document, I wrote, “At a minimum, if first phase cannot be completed within four months of launch, shut down operations.” Imagine if I had rigidly stuck to that plan?! This is why it’s so important to adapt as you learn and grow.

Hello, You’re Not A Superhero

You’re in the deep end of this pursuit and since you’re the only one who really understands what you’re doing and what you’re after, you become a bit isolated. Sometimes this is good for getting work done and other times you don’t have the reality check that friends and family would love to give you. Any person pursuing their passions or, undoubtedly, any entrepreneur is constantly seizing every opportunity to perfect and improve.

You begin to have expectations of yourself that are unrealistic at best and plain stupid all other times. You also somehow start to think people have the same expectations of you that you’ve placed on yourself and suddenly you have the responsibility of being a superhero. Forget about the weaknesses you’ve already noticed- you’re in “let’s do this” mode, right?

Early on, I had put an insane amount of pressure on myself not only to get a lot done but to do it all ‘right’. At one point I expected to create scripts for two how-to videos, plan out the shots, film them, edit them, and post the videos all within a week. Ummm…did I mention that I had never done any professional film work before? Or how about those many times I freaked out that I wasn’t able to send my newsletter out on the same day every month because people would surely start to notice and would unsubscribe? And of course there’s that time I desperately tried to connect with an author because I thought people didn’t care about a book review- they wanted an interview and they wanted one now!

We need to just tone it down a notch. Take a load off and ease up a bit. You’ll find that people actually expect very little of you and things are much more enjoyable when you don’t put insane amounts of pressure on yourself.

Not working a corporate job doesn’t mean that you’ll be working in all of your PJ fabulousness for only a few hours on weekdays. Pursuing your passions is a hustler’s game; a full-time, anytime kind of job. You’re constantly planning, thinking, dreaming, creating, redoing, and meeting for yet another coffee.

Sure, sometimes it’s great to eat whenever you want and shower at 4pm. It’s also great to be able to take naps during the day and at night (if that makes any sense). But without having any real deadlines or any structure you might find yourself working at all hours, sacrificing relationships, and getting a whole lotta stir crazy.

For a very long time, I was going to bed at 4am, getting up at 10am, eating breakfast and lunch at 1pm, and sometimes foregoing a shower. My sleep and eating cycles were off and my only exercise was walking from desk to bathroom. You have to be really diligent about setting up and sticking to a structure (a loose one at least). Now I try to start my days at 7:30am with prayer time and breakfast and I work my way through the day with healthy meals, short leisurely walks, and a mix of fun social and blogging activities until midnight.

The point is to have some sort of structure and know how to balance your work with the relationships in your life.

Remember those expectations I was talking about earlier? You may have an idea of what you’d like to get out of your new project or latest passion. But sometimes you end up getting unexpected results. It doesn’t necessarily mean that anything apart from what you expected or planned for will be doom and gloom.

There are some positive things that you’re going to stumble upon as a natural part of your journeying and discovering. These are the sort of things that you would have never planned for or even thought of. They happen rather organically and you’re thankful that they came about.

I ended up trading my blog/design services with a naturopathic doctor to get her services. The gig doesn’t exactly pay me any money but I’m also not paying any money either. I also never thought I’d be writing for anything but Dots & Lace but here I am writing for SHIFTER and very grateful for it. Just leave yourself open to these kind of opportunities and don’t discount the possibility of things wonderfully not going according to plan.

So, what are you waiting for? Thinking about taking the leap but have questions and many excuses? Reach out to me at info@dotsandlace.com and we can talk it through, encourage one another, and maybe even laugh at each other.

Quest Atkinson is the Toronto-based founder of dotsandlace.com