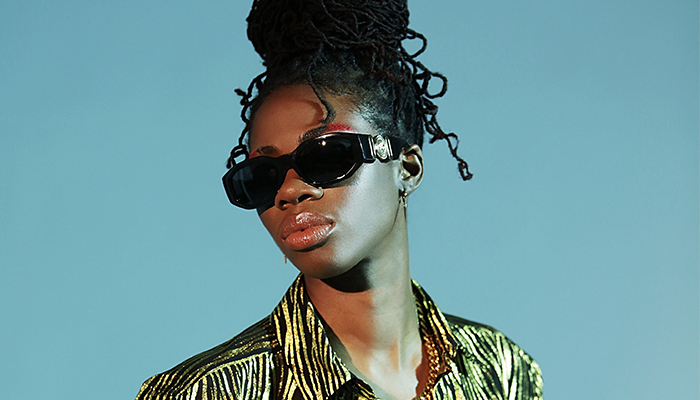 With the stamina to match her last name, Haviah Mighty is a force to be reckoned with on “Honey Bun”. Listen to the new track here.

In true Mighty fashion, “Honey Bun” sees the rapper unapologetically brag on her triumphs. Success on her own terms has always been at the helm of each release for the Brampton-native, and “Honey Bun” is an anthem celebrating that philosophy.

Mighty first teased the new track on September 6th with an energetic cypher-style reel, using her inverted JUNO award as a mic. Fans flooded the comments with fire emojis, waiting with bated breath for the full record to drop. Luckily she didn’t keep fans waiting for long. Giving us a preview of the track at her Rolling Loud debut in Toronto, the anticipation has been building since. Need I say, “Honey Bun” doesn’t disappoint.

Mighty tallies her w’s over the bass-heavy hip hop banger, produced by Grammy-nominated Bizness Boi and Derelle Rideout. With witty lyricism and magnetic braggadocio, Mighty is having fun on the beat. With odes to hip hop staples like Lauryn Hill and DJ Khaled, Mighty has always been one for making a statement for the culture. The beat goes hard, and so does Mighty. Bringing dynamism to the gritty instrumental, “Honey Bun” is a record you can have on loop––be it on the aux, at the club, or a solo turn up at home.

Reflecting on the highs and lows of the journey, Mighty maintains that there is nothing left to prove. Right up there with the Drakes and Tory Lanez of rap, Mighty holds her own, lavishes in her accolades, and makes it clear that she’s not looking for anyone’s seal of approval:

I work hard, that’s why my luck is up
That is not a reach
I’ll be honest, I don’t see you niggas
What is y’all to me

She highlights who she grinds for, shouting out both her “family and foes”. And to keep things grounded in her roots, she calls on father, Mr. Mighty, to leave us with an important memoir before the song closes off:

A person could be so pretty, as they would say
But their ways are so filthy
The looks is nothing to me
All the good looks that a person may have
When they start dumping all their nasty ways on you
How long can you take that for?
You gonna walk away from that pretty looks that you met in the first place.

So when I says, pretty looks is not everything
We talk about the beauty within
That is everything

Listen to “Honey Bun” by Haviah Mighty above.

HAVIAH MIGHTY, CHARLOTTE CARDIN AMONG THE WINNERS AT THE 2022 JUNO AWARDS