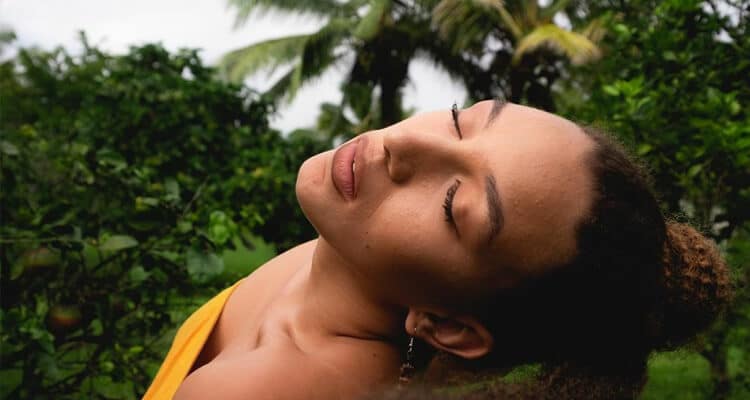 After finding herself on the coast of Hawaii, East-St. Louis born and Bay Area-raised hip-hop and neo-soul artist Jada Imani offers a salute to the next generation and an homage to the previous one.

“Art comes from the soul.” – this is something that Jada Imani has come to understand after discovering the roots of her passion for music. Having been inspired by Jill Scott, Black Thought, The Roots, Anderson .Paak and the like, Jada Imani has known for about 10 years that music was the most important thing to her and a calling she could never run away from.

She also knew that she needed to find her authentic voice and overcome the beast that many artists have had to confront – writer’s block. Her quest for “self” eventually led her to Hawaii where she encountered many likeminded individuals who pushed her in directions she had not foreseen.

“Art allows me to make sense of it all” she says. “That’s how I found myself as a person and as an artist. And when it comes to music, the more I give, the more I always get back.”

And she does not use those words lightly. Indeed, Jada Imani has been generously blessing fans with new music at a steady clip, taking on the challenge of releasing a three-track EP with a different producer every first Friday for six months – a tribute to Oakland’s First Friday tradition.

In December, she collaborated with producer Maitre D on her most recent release called Key, as she dives into the emotional, mental and spiritual layers of her identity. On the project, Imani takes us on a rollercoaster ride of tempos and emotions while effortlessly navigating between smooth R&B/soul vocals and slick hip-hop flows. In just eight minutes and 10 seconds, Jada manages to express her complete acceptance of who she is, as well as the journey she has embarked on, thus making Key the most confrontational project yet in her series of releases.

Key is available on all major streaming platforms.

To support Jada Imani, visit her Patreon and subscribe.