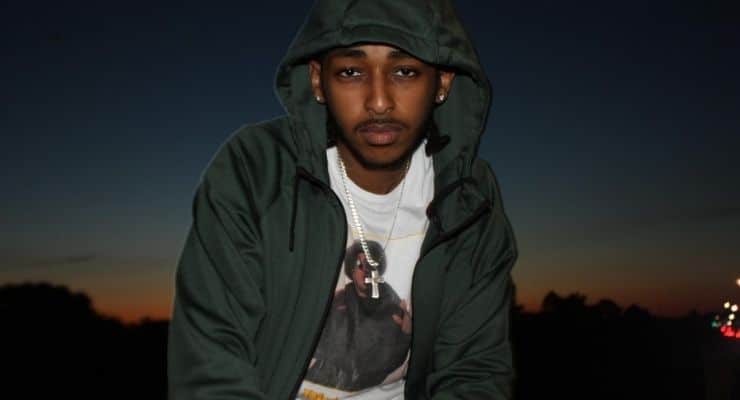 Despite creatives often participating in and appreciating multiple forms of art, they often excel in one. However, Jonny Gems is proving this theory wrong. This poet-turned-rapper recently released his debut project as a recording artist titled Write On Time.

Jonny Gems is proud to hail from the capital city and shows this especially through the trailer video for his new EP and the fact this EP is studded with Ottawa talent, including executive producer Benjamin Cooligan, engineers Glenn Schick and RIPVCTR, recording artist Dumi Dija who appears in a skit.

The trailer was artistically crafted and features multiple Ottawa landmarks, from Billings Bridge to Shawarma Palace. Jonny Gems is shown trying to call someone from a nostalgic telephone booth, yet a twist is taken when a meaningful voice recording by Dumi Dija is heard before the beep. This is the standout moment of the video.

Now, to dive into the EP itself. The overall feel is comforting and positive. Jonny Gem’s steady voice welcomes you into Write On Time accompanied by some jazzy beats. The EP has deep meaning flooded through it from beginning to end, from “Andre’s Story” and “3 P’s” to “Time & Time Again/ Dumi’s Voicemail.” An impactful line that hits the listener’s soul is, “I can’t stand when a man wanna’ see another man lose” from “Time & Time Again/ Dumi’s Voicemail”. Although this line could be interpreted many ways, it’s a commentary on the hostility and competition Jonny Gems has felt from other men. “Roty” (Rookie Of The Year) is the opening track which boasts a triumphant sound. With its big, roaring sound, it has a different sound than the other songs on the project. Jonny Gems was not afraid to toot his own horn on “Roty” and it paid off.

To wrap up the EP, a musical sounding poem titled “I Got (a poem)” is placed at the end. This ties everything together by bringing back Jonny Gems’ poetic past. He claimed that his younger self would be proud of his first EP and that this is just the beginning. Ottawa is proud too and can’t wait to see what’s next from Jonny Gems.

Write On Time is available on all major streaming platforms.