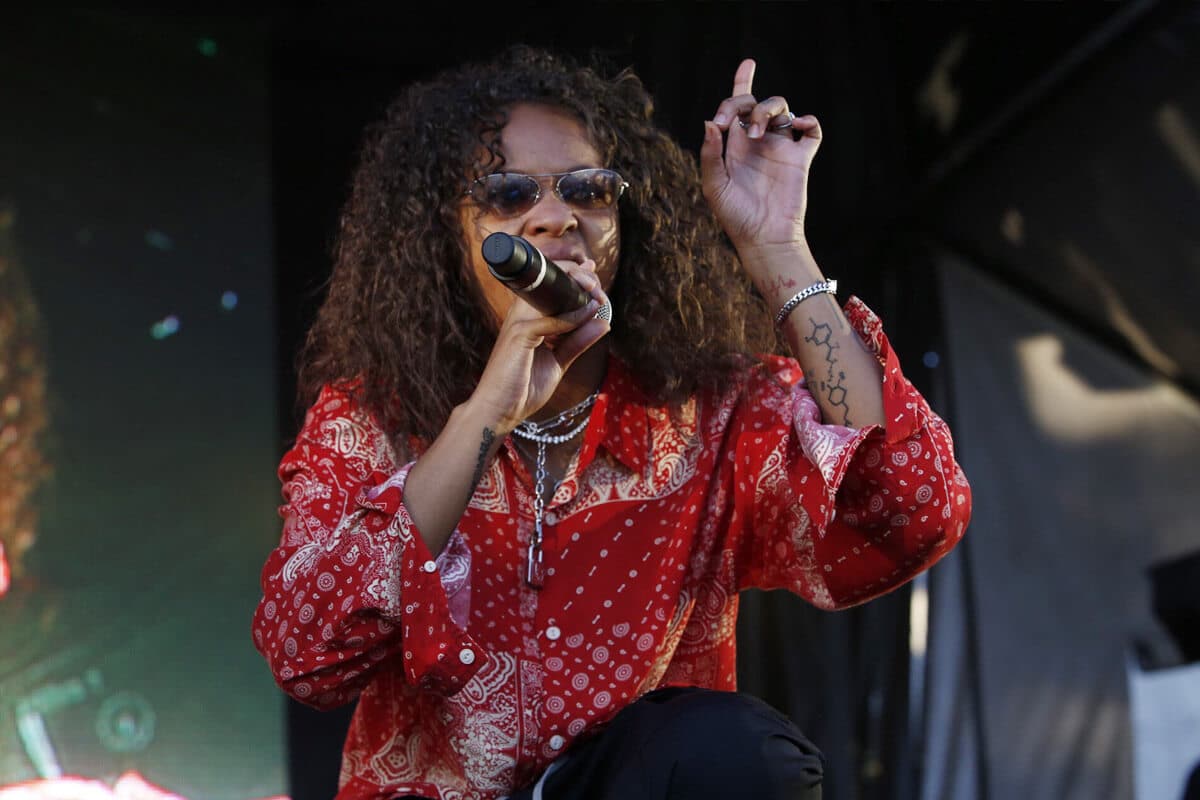 We weren’t originally planning on seeing Kodie Shane perform. To be honest, before yesterday I’d never heard of her before, but a quick glimpse at her social media presence and the crowd of people making their way to the stage, as well as the recommendation of one of our contributors, we decided to see what she was all about. We’re glad we did.

There are three knocks on the new wave of urban music than blends R&B and hip-hop. First, that they all sound the same. Second, that they lack stage presence and typically don’t put on good shows. Third, that they rely on gimmicks, like colourful hair, to get noticed. None of these were the case with Kodie Shane.

She started out with Get Right, a song about women, specifically the kind of women she likes (yes, she’s a lesbian) and Indecisive. They were good songs, but nothing spectacular. What I did see on Indecisive though was personality. Even though the song was a little generic for me she really came alive as a performer.

She got vulnerable with Normal, before going into Runway which she called one of her favourite songs because of her love for fashion. During this song I noticed how much fun she was having on stage, smiling cheek to cheek, and how little she relied on backtrack vocals. This girl is a performer. She doesn’t go over board. She’s not trying to be someone she’s not and it’s kind of refreshing.

Again, I’d never heard of Kodie Shane before, but I definitely left a fan and when the dust settles on Bluesfest 2018 I’ll be digging deeper into her music.