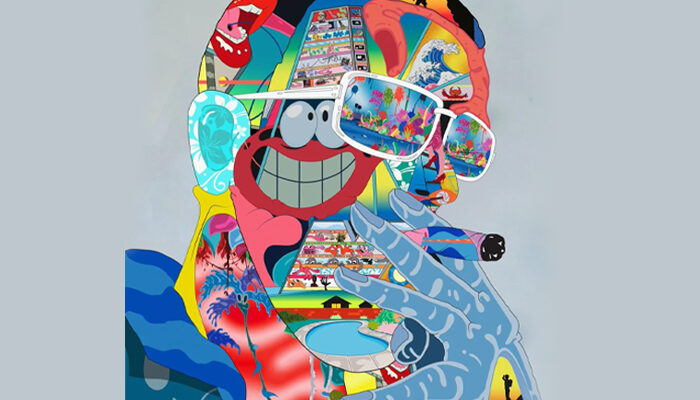 After initially hinting at a July 29th release date, NAV has finally dropped his new album Demons Protected By Angels. In his relatively short professional career, NAV has built a reputation for delivering albums that are complete bodies of work. Like his Juno-nominated 2019 release Bad Habits, NAV creates albums you can play from beginning to end with little to no fillers. While he’s given us big singles in the past, his albums are more like collections of songs that together create a mood and vibe. As the saying goes, “The whole is greater than the sum of their parts.” Listen to the songs individually and there’s not much to it. Listen to them together and you begin to see why NAV makes great albums in a time when making great albums isn’t really a thing for many artists.

What also makes NAV standout is his use of his voice. While some artists, like Drake or Lil Durk, have different voices depending on the energy of the song, NAV has the same voice on every song, but for some reason it works. Exuding simplicity, his music proves that less is more. He’s honest and isn’t trying to do too much. Adding to the sense of simplicity are NAV’s soothing signature background vocals and ad libs which we’ve heard on some of his more introspective tracks throughout his career like “Why You Crying Mama”.

When it comes to his delivery, he communicates clearly revealing that behind the laid back vibe, he’s actually a lyricist. Let’s call it “melodic lyricism” or bars draped in melody. While he clearly demonstrates that he can give us bangers like “Dead Shot”, “Interstellar”, “Never Sleep”, and “Mismatch”, he’s an artist with depth and substance as he tackles love and making mistakes on songs like “Lost Me”, “Reset”, and “Wrong Decisions”. Although he may not be regarded as a storyteller because his stories tend to be about himself, he shows off his gift for storytelling on tracks like “Loaded”.

While there are standout tracks on the project, forget all that. As I noted earlier, this is an album better listened to from beginning to end, especially at night when you’re by yourself. For the most part, this isn’t the kind of music you’ll want to experience with a large crowd or even with a group of friends. This is music for people who need to get away and think about their lives.

When it comes to features, it includes a laundry list of his go-to collaborators like Lil Uzi Vert, Gunna and Lil Durk. He recently revealed that he chose not to include a Drake track on the album so it wouldn’t overshadow the rest of the project. While we’ll hopefully get the song on a deluxe, this kind of discipline is respectable and shows why NAV continues to make good (if not great) albums.

Overall, this project won’t be for everyone. Some people don’t like NAV’s for the some of the same reasons noted above, but one thing you can sense is that he puts a lot of care into his projects which is probably why he didn’t release it back in July. But we’ll let you be the judge. Check out the album now and let us know what you think.