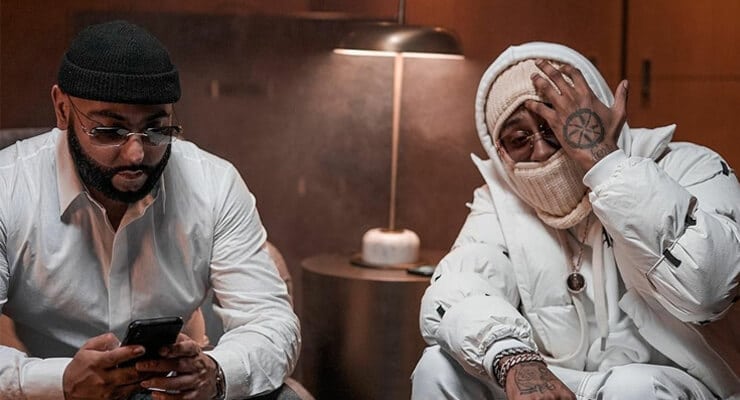 In the midst of Toronto’s rise to hip-hop mecca, one artist fans have been wanting more music from is Northsidebenji, one of Canada’s top unsigned hip-hop artists.

Today, he gave fans exactly what they wanted, joining forces with DJ Charlie B on their new single “30,000 ft”. On the song, Benji celebrates his success in the game while remembering where he came from, but because of his success he still has to be strategic in how he moves in the streets singing, “See I’ve been making my way through these streets again…and I would never play these streets without a loaded weapon.”

“30,000 ft up and I ain’t going home
We came from testing these pistols out on the open road
Now it’s looking like ice cream that was dipped in gold
Now I need plenty different phones for all these different hoes.”

The single also came with some visuals directed by David Del Rosario and Greg Villarico, edited by Zac Facts, and executive producer by DJ Charlie B. True to the song’s title, the video shows the pair flying in a private jet before we see them enjoying some fine dining with the homies. He also takes some time to pay respects to his late friend and collaborator, Houdini, wearing a pendant of the rapper in the video.

For international DJ and producer, DJ Charlie B, the single continues his transition into the role of executive producer as he fosters and works with the next crop of Toronto talent.

“I’ve been blessed to travel/tour all over the world, invest in my community and invest in people that need resources so that I could build a platform for myself where I could show you my dreams” he explains. “Today is a special day. Shoutout to all the DJs and biggest shoutout to NorthSideBenji for your impeccable artistry. I’m excited for the world to embrace you.”

“30,000 ft” is available on all major streaming platforms.

Check out the visuals for Northsidebenji and DJ Charlie B’s new single “30,000 ft”