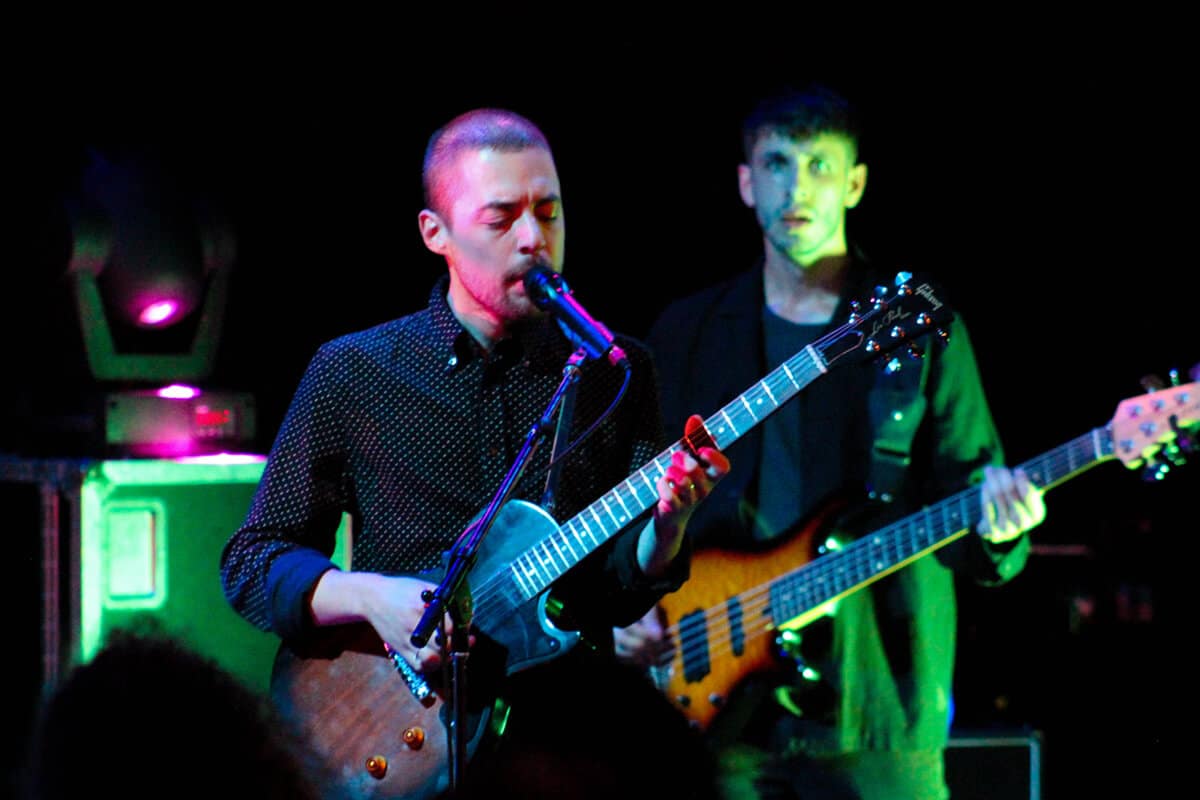 OTTAWA HAS A NEW MUSIC STRATEGY, BUT IS IT ENOUGH?

Last week Ottawa city council unanimously approved the long-awaited Ottawa Music Strategy. The strategy is a result of the Connecting Ottawa Music: A Profile of Ottawa’s Music Industries report released a few years ago, which also led to the creation of the Ottawa Music Industry Coalition, a membership-based organization dedicated to growing the local music industry.

The first thing that stands out about the strategy is its ambition. The strategy beautifully lays out the changes that have happened in the city in recent years, and those that are underway, providing context for the transformation happening beyond the music industry; a transformation that will no doubt affect the industry.

The first page opens with the words “Soundtrack for a Global City”. For anyone who has wanted to see Ottawa puff out its chest a bit, this is a welcome sight.

When I first moved to Ottawa from Toronto eight and a half years ago, one of things I noticed was a lack of ambition. Words like “vision” and “swagger” (which makes a brief appearance in the strategy) were bad words. There wasn’t a sense that Ottawa had global aspirations of any kind. We were okay with simply having “small town charm”. What this strategy reflects is that Ottawa is no longer satisfied with being in the background.

The Ottawa Music Strategy has a few recommendations that could do a lot for local talent- establishing a Music Development Officer position with the City, integrating music into economic development and tourism initiatives, creating an Ottawa Music Development Fund, developing a mid-sized music venue, and my personal favourite, creating the Ottawa-Gatineau Music Awards and Hall of Fame (Belly, get your tux ready).

After reading the strategy, here are a few of my own thoughts.

The role of the media

I’ll start here since this is the world I live in. Although the community outlets are doing a good job, the media on a whole doesn’t do enough to support local talent (and I’ll put SHIFTER in that category). Having grown up in Toronto, one thing I can attest to is the media has a major role to play in championing local music.

In Toronto, you would hear rock groups like Our Lady Peace on the radio. Then when Flow 93.5 launched you started to hear Kardinal Offishall and other local urban artists on the radio. Of course, it was usually the people who had big record deals. Then there was MUCH Music. Shows like Videoflow, RapCity, Da Mix, and Speakers Corner were instrumental as local platforms to get your music in front of an audience.

Personally, I think commercial radio stations in the capital should do more to champion local music, whether it’s one song per hour, a percentage of daily air time, or on-air interviews (but that’s difficult when your local stations are owned by big companies in another city).

With the success of Elijah Woods x Jamie Fine on Season One of The Launch, we’re now hearing an Ottawa act in heavy rotation, but it shouldn’t take that for us media outlets to support our own talent.

The role of the private sector

When Toronto Fashion Week was in jeopardy in late 2016, it was a real estate developer, Peter Freed, with an ownership group from the finance, media and real estate industries, that stepped in to buy it from its New York-based owners.

Just this month, restaurant chain Nando’s announced they would be extending the UK-based Nando’s Music Exchange program to Canada in a partnership with The Remix Project after expanding to South Africa and Australia last year.

In our phone interview about the program I asked Nando’s Canada President, Ron Cecillon, about whether or not he felt businesses had a responsibility to support the music industry in light of Ottawa’s new music strategy. He responded, “Absolutely. It started with our founders Fernando Duarte and Robert Brozin. They not only believe in supporting musicians and artists, but also at-risk youth.”

This goes beyond just sponsoring events; these entrepreneurs and companies either founded or own properties in the creative industries.

I believe that for the creative industries, and music specifically, to work in Ottawa, entrepreneurs and companies in established industries like real estate and tech need to invest, and that any strategy should include outreach to these entrepreneurs and their companies.

“There’s not one person living and breathing in the city of Ottawa who can’t do something to support the local music industry, whether it’s with your talent, brain power or wallet.”

The role of collaboration and networks

You obviously can’t mandate creative collaboration, but collaborations and networks are key to building anything and it’s the same for industries. Looking back at 90’s Canadian hip-hop, this was the case.

The crop of urban artists that came out of Toronto in the mid to late 90’s, a decade before Drake, including Kardinal Offishall, Saukrates, Choclair, Jully Black, Baby Blue Sound Crew, and leading music video director, Director X, all came out of Toronto’s Fresh Arts program that provided education, mentorship, and opportunities in music. What started out as a group of kids in a music program eventually became a collaborative network of artists that ruled Canadian urban music. This builds a case for the role governments can play in fostering education, employment and collaboration in the creative industries.

In 2015, Kardinal Offishall told the CBC, “It was amazing and it was so necessary. If it wasn’t for a program like that…If they didn’t fund that program, there wouldn’t be a Director X…there wouldn’t be myself, there wouldn’t be Jully Black, Saukrates. So many people that paved the way. All of that stems from funding to a local arts program.”

In a July 2016 article by Fader, Jully Black said, “our relationships came out of Fresh Arts: literally, government intervention into the music scene.”

Unlike today, mainstream Canadian artists didn’t have access to the top American producers and artists, so they had to collaborate among themselves. What we ended up with was a unique Canadian sound.

Choclair’s album Ice Cold, in my opinion, one of the top five Canadian hip-hop albums of all time, was produced by fellow Fresh Arts alumni Kardinal Offishall, Saukrates, and K-Cut and the music video was directed by Fresh Arts’ Director X. More recently, we’ve even seen these collaborations go across genres, with Drake and Chantal Kreviazuk.

Musically, I believe Ottawa is in a similar place to where Toronto was in the 90’s, especially when it comes to not having connections to the wider music industry. What this provides is an opportunity to collaborate from within and cultivate our own sound like Toronto rappers did in the 90’s. I don’t have any conclusive data to prove it, but I have to believe that a Maurice Moore/A Tribe Called Red track, or any other similar collabs, could do as much for the local industry as some of the measures outlined in the strategy.

The role of Ottawa as cultural capital

Lastly, I believe what this strategy points to is that Ottawa needs to evolve beyond simply being a political capital to becoming a cultural capital. This was my thought following the 2017 Junos and this strategy confirms that for me. Will Ottawa ever be Toronto? No, and I don’t think it should be. Toronto, Montreal and Vancouver are international cities. The only real “national” city in Canada is Ottawa. There’s an opportunity for Ottawa to become a real window into Canadian culture beyond museums and galleries. I’m talking music, film, television, and more.

Is this strategy enough?

The basic message I gather from the Ottawa Music Strategy is that everyone has a part to play in growing the local music industry, and that literally means everyone- musicians, entrepreneurs, the City of Ottawa, media, Ottawa Tourism, and local residents (i.e. fans). There’s not one person living and breathing in the city of Ottawa who can’t do something to support the local music industry, whether it’s with your talent, brain power or wallet.

So to answer the initial question, “Is this strategy enough to make Ottawa into a music city?” Not necessarily, but I don’t think it needs to just yet. Although the Ottawa Music Strategy opens with talk of global ambitions, what the document does have is some practical and doable measures that, if implemented, would mean significant progress that would lay the groundwork for an even more ambitious plan in a few years.

What do you think of the Ottawa Music Strategy?