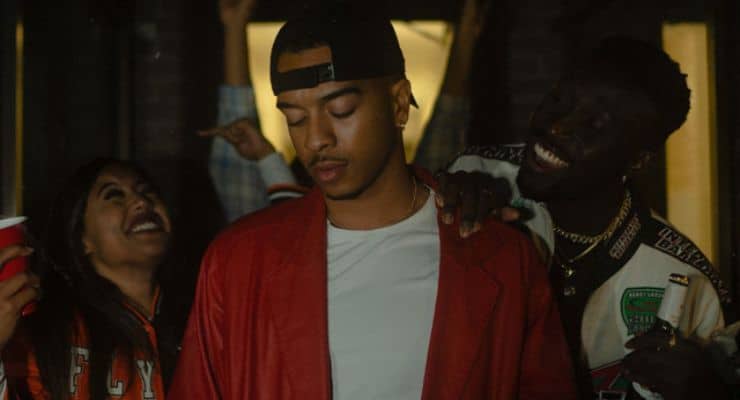 Sage Harris, 25, is an independent RnB artist from Toronto, Ontario who just recently landed the collaboration of a lifetime. On November 3rd, he dropped his highly anticipated single “Let Me Know” featuring the iconic RnB group, Jagged Edge.

Harris has been in the music scene for over a decade, and stated that this collaboration is very special to him because he feels like he is truly reaping the rewards of his continuous hard work. When asked about how he felt about his recent collaboration, he stated “I feel like I was handed a path from God. This led me to a place where I could continue to grow and I feel extremely honored. I still laugh about how it all even happened. I’m just grateful”.

What started off as a genuine relationship, turned into a collaboration that has not only made an impact on Harris and his career, but in the Toronto music scene as well. Andrew Rickets, who is a good friend of Harris and who also handles most of his Canadian PR, got him acquainted with Markus Burns (Producer of real housewives of Atlanta) at Caribana in 2018, and the rest was history. “Markus Burns is a really nice guy, like, I don’t even know why he’s so nice. He didn’t even know I made music, I guess he just liked me as a person. Markus and I maintained that relationship, and I decided to fly to Atlanta by myself. On my trip, Markus asked me if I wanted to meet Brian Casey”. Brian Casey (member of Jagged Edge), and Sage cultivated a genuine relationship as soon as they met, which eventually led to them collaborating together. Sage stated that the growth of their relationship was “organic”, and felt like “two homies just making a record”.

Preme, who is an OVO/Reps up artist and a mentor of Sage, advised him to create a record sampling a hit song. “Let Me Know” was inspired by JE’s hit song, “Where The Party At”, but with an nostalgic and melancholic cadence that will make you want to groove and “Netflix & chill” at the same time. “The riff in the guitar is what stood out to me the most, and that alone made me want to attempt to portray the song with a different vison and create a different vibe. “Where The Party At” is a few BPM’s higher than “Let Me Know”; it’s a bop, but I wanted to make it a slowed down bop”.

As soon as Sage completed the song and sent it over to Brian Casey, his response was “This is hard as steel!”. The track was produced by Jay Century, Nick Hernandez, Mark James and Sage Harris. During his conversation with SHIFTER, he was asked if his fans should expect visuals soon, to which he responded “Well, I ain’t in Atlanta for nothing!”

The song exudes sensuality and plenty of vibes that are reminiscent of the original song, but with an even better twist. “Let Me Know” featuring Jagged Edge is out now and available on all streaming platforms!