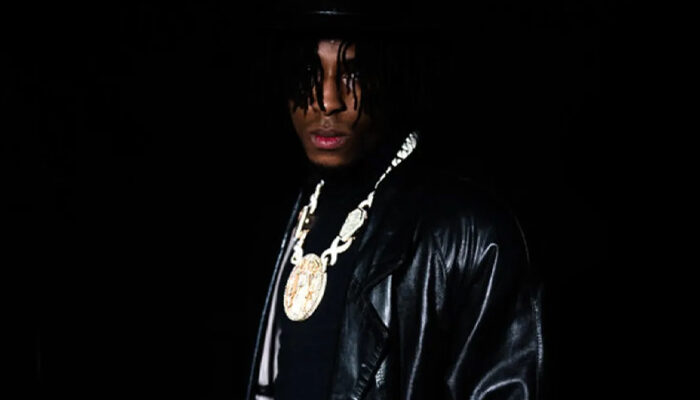 With his beautiful writing and vocals, solid production, and his approach to attacking his bars, Kevin Bourne says critics may turn into fans in his The Last Slimeto review.

Tonight, YoungBoy Never Broke Again dropped one of the most highly anticipated projects of the year in The Last Slimeto. He used his time on house arrest wisely releasing an ambitious 30-track album where he continues to talk about the his life while telling stories about the streets.

The album opens with the guitar-laced melodic intro track “I Know”. Although the younger generation are often criticized for prioritizing “vibes” over bars, NBA YoungBoy shows he’s able to get poetic with his pen when he wants to. Taking a look at the lyrics on their own, YoungBoy, who is considered by many as one of the most “with the shits” artists in the game, produces beautiful writing while revealing a more vulnerable side.

You still might as well say you mine
Just one look, I see the whole world in your eyes
Combination on my heart, no one could get inside
All the wrong ones want me, it’s so bad
Should I run, if I
Pleasе don’t try to catch up this time
I need someone to hold mе, keep me safe in this world
The moonshine, I can see it bloom in your eyes
Don’t try to hide if you cry, I see your tears fallin’ on the floor

He continues this on songs like “My Time”, “My Go To” featuring Kehlani, “Home Ain’t Home”, “Holy”, and “Mr. Grim Reaper”. On these tracks he shows why he is one of the best rapper-vocalists of his generation. He attacks both his vocals and rapping with such desperation as he demonstrates on tracks like “Hold Your Own”.

I must admit, prior to this album, I never cared to take a deep dive into YoungBoy’s music. I never really understood why people thought he was so special. I simply typecasted him as a young, angry rapper and, while those elements are there, he offers much more.

As mentioned before, if you actually take a look at his lyrics, he’s a beautiful writer and offers a lot of diversity in his sound similar to other artists today. He can give you Rock elements on “Loner Life”. He can give you songs like “I Got The Bag” that make you wanna just sit back and vibe, and, of course, he can give us those songs that get us through those angry moments. But what he does better than some young artists today is give you highly aggressive street music and beautiful vocals without sounding disjointed or confusing to fans.

While there are some parts of the album that sound a bit repetitive and predictable, especially as you approach the halfway mark of the album, the project offers a lot of standout tracks. There’s “Top Sound” with its Jamaica meets Lousiana sound, including a mix of Reggae piano chords and Lousiana bounce. There’s “Free Dem 5’s” with its laid back Southern production contrasted with YoungBoy’s intensity and sense of desperation. Then there’s “Slow Down” where, similar to “Proof”, he shows he can get into his more traditional hip-hop bag with storytelling and bars while still giving us some melodies. There’s also the piano laden “Vette Motors” which boasts one of the nastiest beats on the whole project and provides one of the genuine “stink face” inducing moments on the album. He repeats this approach again to close out the album with “I Hate YoungBoy”.

While it’s understandable why some of the angry tracks are necessary (music is therapy for a lot of artists), listening to the album, it’s exciting to think what a more mature and slightly less angry YoungBoy would sound like. While some of the more aggressive songs, especially the ones with keys, are bangers, too much of that approach runs the risk of masking the brilliance of his writing and vocals.

Overall, this is a pretty impressive body of work for a 30-song project. With that many songs, it’s impossible to offer an album without fillers (and this album has its share), but you can tell NBA YoungBoy really cares about this project and put his heart into it. While you may not connect to all the subject matter, this album feels like an actual piece of art and not just something that was slapped together to sell units. This album made me a fan and maybe it will do the same for you.

The Last Slimeto is available on all major streaming platforms.