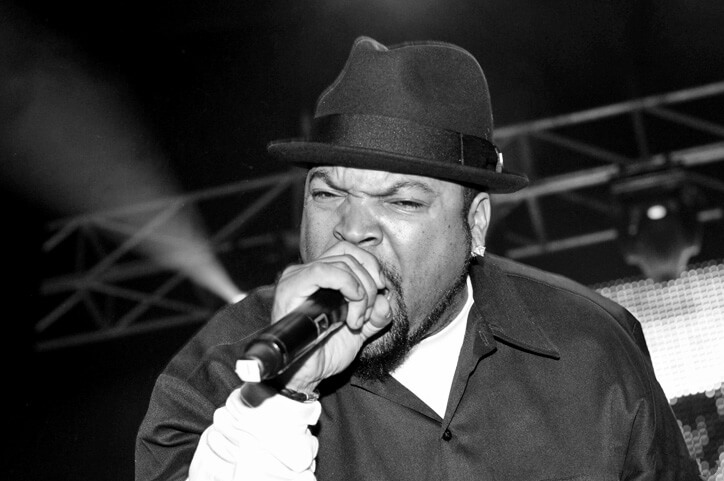 We live in a world where people develop many talents, for which they keep hidden or never have the chance to show it off. Although this may be the case for most, there are certain people that have acquired new talents but were able to present them. In this list, we take a look at the top 5 rappers turned successful actors. It is without a doubt that these people have made a noteworthy transition from rocking the mic to rocking the big screen, and in the process have left a mark on culture.

In West Philadelphia, born and raised (cheesy, I know), Smith’s music career started with fellow Fresh Prince of Bel-Air cast mate DJ Jazzy Jeff. Together, they released five studio albums, most notably He’s the DJ, I’m The Rapper released in 1988 and Homebase released in 1991, the albums peaked at #4 and #12 respectively. Their most famous single, Summertime, was released on Homebase as it peaked at #4 on the US top 100 chart and #1 on the US rap chart. After the duo’s breakup in 1994, Smith embarked on a solo career at Columbia Records where he released his first solo album, Big Willie Style in 1997. This album was by far his best selling album, as it sold over 10 million copies worldwide. He went on to release two more albums under Columbia Records, Willenium in 1999 and Born to Reign in 2002 before signing with Interscope and releasing his most recent album, Lost and Found in 2005.

Will Smith transitioned from behind the mic to the front of the camera in 1990 when he starred as everybody’s favorite cousin, Will, in the hit series “The Fresh Prince of Bel-Air” which aired from 1990-1996. The notoriety gained from the show led him to land a role on the big screen, playing “Manny”, a legless cripple in the movie Where The Day Takes You in 1992. In 1995, he landed the main role of Detective Mike Lowery in Bad Boys alongside Martin Lawrence, and its sequel was released in 2003. He went on to star in films such as Independence Day, I Am Legend and the Men In Black Trilogy among many movies. Smith took home two Golden Globe awards for his performances as Mohammed Ali in Ali (2002) for which he earned an Oscar nomination, and Christopher Gardner in The Pursuit of Happyness (2007). Although he has never won an Oscar, Will Smith is the prime example of a rapper turned actor.

This is not a joke. Not only is he the most unexpected actor to be on this list, he’s also undeniably one of the most successful ones. Gone are the days when Mark Walberg used to rock the stage as the leader of Marky Mark and the Funky Bunch. So long that you might have forgotten about them. Well thankfully, we haven’t:

Indeed, before dedicating himself to acting, Mark Walberg was a well-established rapper. “Marky Mark and the Funky Bunch” might come across as a cheesy name (then again, everything was quite cheesy in the 90’s) but that didn’t stop their album Music for the People from going platinum. Following the success of their first collective effort, the group attempted to repeat the same formula in 1992 with their second album, You Gotta Believe. Unfortunately, that didn’t go so well and the group eventually broke up. While his brother Donnie was more well-known in the 90’s as a member of New Kids On The Block, Mark went on to find greater success as an actor.

Mark Wahlberg wasn’t very well received as an actor at the beginning of his career (i.e. The Substitute Teacher, 1993.). It took a lot of determination and hard work before Wahlberg could eventually land the roles that sent him on his path to success (The Italian Job, 2003; Four Brothers, 2005). Soon enough, this rapper turned actor went on to star in Martin Scorsese’s The Departed for which he received an Academy Award nomination for Best Performance by an Actor in a Supporting Role. On top of being a fantastic actor, Mark Wahlberg also contributed to cinema as a successful movie producer. The Fighter, which he produced as well as starred in, went on to receive many Oscar nominations.

Born O’shea Jackson, Ice Cube emerged onto the rap scene in 1984 when he was a member of I.A (cru’ in action!) alongside K-Dee and Sir Jinx. Their group separated in 1987, after having released one project entitled My Posse, produced by the one and only Dr. Dre. His most notable work was as a member of N.W.A (N**gaz Wit Attitudes) as they released the now reborn album Straight Outta Compton. It has regained its popularity due to the biopic released in 2015, following the journey of the group through its ups and downs. Overall, Ice Cube has enjoyed a successful musical career, as 8 out of his 10 albums placed in the top 10 on the US charts in their respective years. His success transitioned onto the big screen, where he played Craig Jones in Friday alongside Chris Tucker. He also had roles in a list of films such as Boyz N The Hood, the Barbershop series, which has a third film coming out later in 2016. This calendar year will be a busy one for him, as Ride Along 2 is expected to be released in the near future as well as filming for the Barbershop series. He has also played in the films 21 and 22 Jump Street, starring Jonah Hill and Channing Tatum. Who would have thought that Ice Cube, the man who once sang F**k Tha Police would take on many roles as a police detective? All in all, Ice Cube has enjoyed a fruitful career and when he looks back at it, he will go down as a great rapper/actor.

Born “Dana Owens”, Queen Latifah is not only an accomplished and talented rapper/singer, she is also an established actress. She is also one of the most hardworking artists in the industry. Indeed, Latifah is constantly involved in both art forms. When she’s not on set, she is in the studio working on her next album. Throughout her career, she has managed to release seven albums (All Hail the Queen, 1989; Nature of a Sista, 1991; Black Reign, 1993; Order in the Court, 1998; The Dana Owens Album, 2004; Trav’llin Light, 2007 and Persona, 2009). Between those albums, Queen Latifah was working on motion pictures such as Chicago, for which she earned an Oscar nomination for best supporting actress in 2003. She recently starred in the live television broadcast of The Wiz as the Wiard. We can all certainly agree that she has never wasted her time. The Queen’s career appears to be quite promising since she is constantly in demand and people never seem to get tired of her.

The only rapper on our list to ever win an Oscar (even though it’s not in an acting category), Common is by far one of the most interesting one. Since 1992, he has released ten albums (Can I Borrow a Dollar, 1992; Resurrection, 1994; Nobody’s Smiling, 2014; etc.) The man started off his acting career on a very strong note by being cast in American Gangster, a movie starring Denzel Washington and directed by Ridley Scott. Although it was a minor role, Common still earns credit for the role being his very first one. The movie went on to be nominated for many Oscars and Golden Globes. He later starred in Mr. Wright alongside his fellow rapper/actor, Queen Latifah.

Common has also selected his roles perfectly. Whether it’s Selma, the TV series Hell on Wheels or the upcoming John Wick 2, his performances have never been less than incredible. Who knows where this path will lead him. Finding such success in both music and movies, we can only hope that it will be towards glory (no pun intended…ok maybe a little)

Overall, we are very glad to say that art can be universal. Those five individuals have managed to prove it in their own ways. The way an artist decides to express himself doesn’t matter. Whether he or she decides to do so through music, acting, painting, or even dancing, what matters is that the artist keeps on creating and keeps on performing. At the end of the day, going out of our own comfort zone to expand our reach through our creativity is what makes us artists.