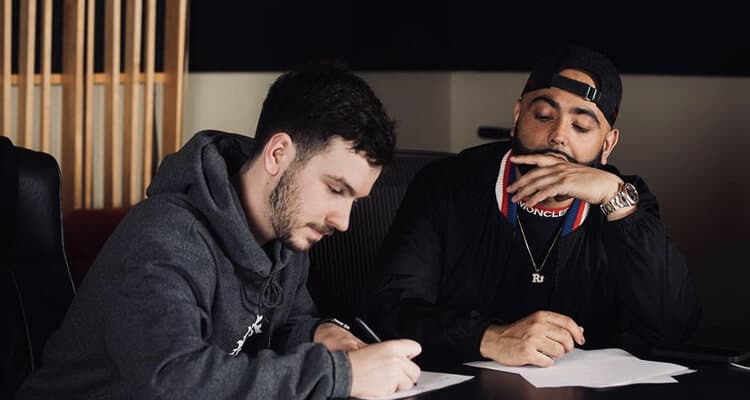 Ottawa hip-hop producer, Trudie, has been building a reputation for himself in recent years, working with some of Toronto and Ottawa’s budding stars, including Northside Benji, Tripsixx, Dre Prada, City Fidelia, Kevy, and Lindasson.

Quickly establishing himself as one of the capital’s young producers to watch, Trudie recently made the biggest move of his young career so far by signing a one year publishing deal with OVO DJ, Charlie B, and his company Beezee. The deal will see Trudie’s beats exposed to a wider pool of artists, as well as some bigger names.

For Trudie and Charlie B, the deal came about rather quickly.

“I was at my manager Abe’s studio and he was talking to me about this artist called bxbyphaze. After convincing me to send her some beats we put a little beat pack together for her and I sent it off. Abe had already made contact to her and her team. A few weeks later, my friend Xclusive sent me a screen recording of Charlie B’s live video where bxbyphaze was recording on my beat. After hearing him say that he liked the beat I followed him on Instagram. The next day he followed me back and sent me a message asking for my phone number. After a week of talking he offered to sign me and the next weekend I made my way down to Toronto to sign the deal. I’m honoured to be apart of the team and to have been given this chance.”

“A very good start to the week, We just signed our first two producers @prodtrudie @jayonthejuice to @beezeeinc. Welcome to the team, let’s get these W’s.”