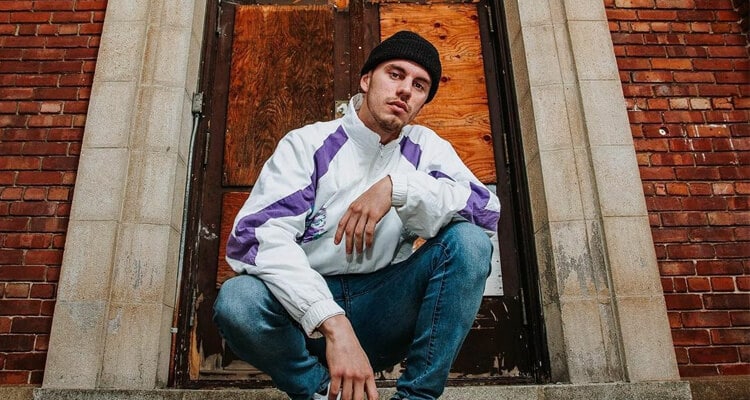 Known for his heartfelt vibrations and powerful sonic framework, rapper and hip-hop artist Mindflip returns to the scene with his third studio release this year titled “Hits Different.” Produced by Beatminor and mixed and mastered by Montreal engineer Seb Ruban, the old school vibes showcased throughout the buoyant production pay homage to that old school West Coast sound.

Taking in Mindflip’s lyrical finesse, he embodies a fortified confidence that others can only dream of. Keeping the themes in this song highly relatable, Mindflip doesn’t neglect his skillset as an emcee as the track is chalk full of witty metaphors that leave you saying. “Hold up; run that back.”

With his latest release, Mindflip has crafted the perfect track for cruising with the windows rolled down and getting lost in the music, especially as we embrace the warmer weather. Using his buttery cadences that possess a self-assured hunger in his tone, the trifecta of Mindflip, Beatminor and Seb Ruban will leave you bouncing to their combined effort.

This single is the latest in a growing list of accomplishments for the Gatineau, Quebec rapper who has been appearing on major playlists like Northern Bars, generating millions of views and streams on releases like “Everywhere We Go” and “Run My Shit”, and recently took to Instagram to announce his transition into full-time music.

Living by the phrase, “The only limitations we have are the ones we set ourselves”, Mindflip makes that more apparent than ever with the steady momentum he carries through each release. Honing in on his craft as he produces a consistent quality, it’s no wonder that he has garnered the attention of millions of listeners across the globe.

“Hits Different” is available on all major streaming platforms.