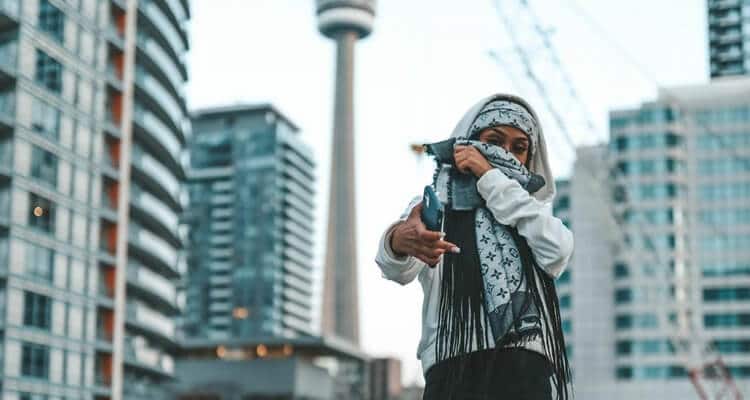 Ottawa rapper and singer, Eazy Finesse, had a busy April releasing two brand new singles, including the Lxcid-produced “Swervin'”. On the track, Eazy Finesse gets introspective about some of the mistakes she’s made as of late and her desire to do better.

The single came with some visuals, shot by her frequent collaborator Premi Productions, that show a vulnerable Eazy Finesse in downtown Toronto surrounded by tall buildings, including the iconic CN Tower. The pair previously worked together on the visuals for “Freestyle Pt. 1 & 2” and “Murda”.

When asked about the inspiration for the song, Eazy Finesse told SHIFTER, “Basically the song is about me and explains how I’ve made some bad choices recently and it’s come with its consequences and karma, but I’m still tryna do good out here because everything I do is for my fam at the end of the day!”

“Servin'” is a follow up to her other April release “Take It To The Streets” featuring Jazmineflamher. On the track she shows her more aggressive side that’s ready for smoke as she airs out some beef over a hard drill beat.

Together the two tracks reveal two contrasting sides of the young artist, as well as her versatility as both a rapper and vocalist who is able to tackle different topics.

“Swervin'” and “Take It To The Streets” are available on all major streaming platforms. Click the header image to check out the video for “Swervin'”.

MISCHA TEAMS UP WITH BAËBE RUTH FOR NEW BANGER “WOKE UP”