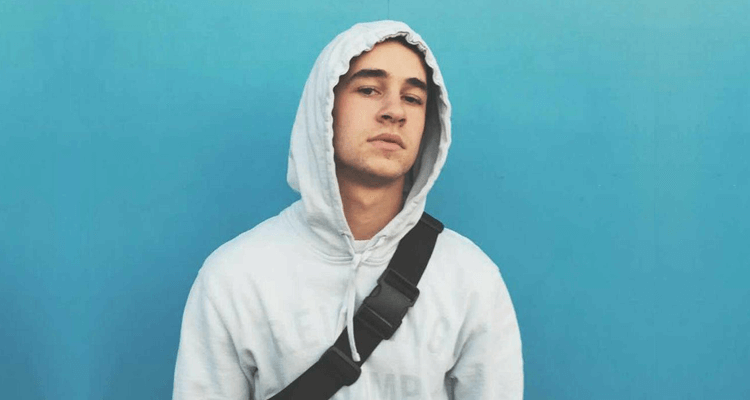 “Hey CR”. If you’ve listened to enough Ottawa and Toronto hip-hop you would’ve hear this drop. And who exactly is “CR”? He’s the young blazing hot hip-hop producer who is working with some of the top up and coming artists coming out of Ontario’s two largest cities, from Duvy and Young Smoke to Lindasson.

Fresh off the release of Duvy’s “Southway”, Young Smoke’s “Block Boy”, and Night Lovell, Lindasson and FTG Reggie’s “A Lot”, SHIFTER editor-in-chief Kevin Bourne aka KB The Boss had the opportunity to ask the Ottawa-based producer a few questions about his start as a producer, his influences in the craft, and his future ambitions.

KB: What does CR stand for?

CR: CR is actually just the first letters of my first and last name. When I first started producing I wasn’t sure what I wanted to use as an artist/producer name and CR just came to me first so I went with it.

KB: How long have you been producing music and how did you get started?

CR: I was just thinking about this the other day. I think I’m coming up on three years of producing and making beats. Although I’ve been making beats for three years, I’d say I’ve only taken it seriously the past year and a half.

KB: How would you describe your style as a producer?

CR: Drums, drums, and more drums. My style as a producer is definitely the trap and hip-hop style. All my beats have nice melodies with hard hitting drums. In my opinion, if the drums don’t hit on a beat or song I simply don’t like it. That’s just been my style since I can remember.

KB: Who are some of the producers you look up to right now?

CR: A big influence when I started making beats was definitely guys like Wheezy and Southside and I still respect them a lot now. So definitely those guys, but also names like OZ and Cu Beatz, some hitmakers you don’t really notice that are super behind the scenes.

CR: They gotta be some random vaulted beats that no one has heard yet. There’s one beat that people are gonna hear really soon in February or March that I really like and it was a collaboration with my homie Trudie. That one is for sure in my top three.

KB: How do you find it working out of Ottawa?

CR: I actually enjoy it just because it allows me to create and make beats by myself and just lock in. When I used to live out in Toronto it was a little easier to get placements just because I can be in the studio when the artists record. I don’t like sending beats over text or email as much as just playing them in person but based on what’s going on in the world now that’s the best I can do.

CR: I’d like to see literally anyone link up with whoever and just make some fire music. I haven’t really seen anyone do it yet from Ottawa to Toronto but let’s make it happen in 2021.

KB: Name an artist in each of those cities you’d want to work with that you haven’t worked with already?

CR: In Ottawa, I definitely want to work with my dawg Pnny some more. We’ve made some music in the past but we haven’t really done anything special with it. I wanna lock in with him and make some hits with him. And for Toronto, honestly people might be surprised about how many people I’ve worked with. The only people I really haven’t worked with are the guys like Tory Lanez, Drake and the big dogs like that. Def looking and hunting this year for the major placements like that.

KB: When you look at the wider industry, who would be some dream collabs for you, whether artists or other producers?

CR: For artists, a dream collaboration for me right now would be Young Thug. We would honestly make three full albums of straight hits fo sho.

KB: In five years, where do you see yourself?

CR: In 5 years, I see myself being able to make music and songs freely and using that as a source of income. I’m always adapting to the hip-hop and trap trends so I think I can build longevity once I get my foot in the door. In the meantime, just gotta keep working and stay down.