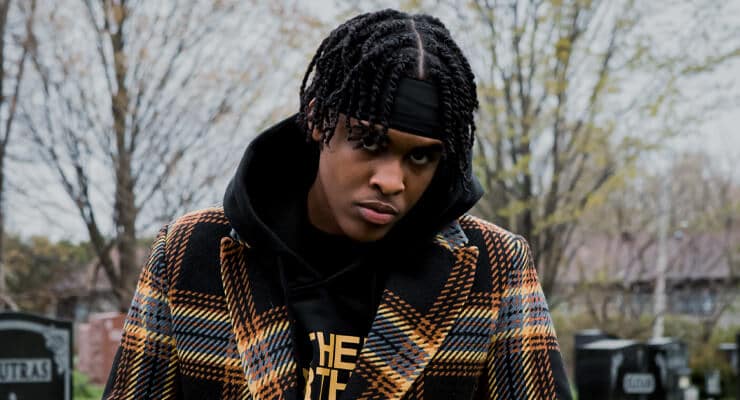 After a brief hiatus, which included hanging out with Polo G in Los Angeles, a stop in Miami, and walking away with Single of the Year at the Capital Music Awards for “Hood Cry”, Ottawa hip-hop artist TwoTiime has returned with a brand new summer hood anthem “Did A Lot”.

On the Trillo Beatz produced track, TwoTiime reminisces about growing up on Ritchie Street and the loss and hardships he faced along the way. As we’ve come to expect from TwoTiime, he returns to form contrasting the youthfulness of his vocals with the harsh reality of life in the streets.

“I got niggas in the cage. Niggas in the grave
They took my brother Metro and that shit ain’t been the same.”

-Lyrics from “Did A Lot”

“This record allowed me to reach back and reconnect with where I came from and where I’m going,” TwoTiime explains.

“‘Did A Lot’ is a salute to my hood and a reflection of the fact that I am simply just a product of my environment and my voice is just an instrument of the streets. There are things I can speak on, but I’d rather tell the story through my music.”

While the single hit streaming platforms on August 12, today the rapper dropped a video premiered exclusively on World Star.

Directed by MyNameFrench, the video shows TwoTiime back in his neighbourhood and then visiting the grave of the late FTG Metro, one of the capital’s most promising young artists who was killed back in January 2020 at just 18 years old. Both the song and video evoke feelings of sadness yet celebration as TwoTiime remembers the soldiers who have fallen but celebrates that despite the street politics and violence, he’s still here and looking ahead.

With the success of previous singles “Hood Cry” and “Keep It Reel”, which currently sit at one million views on YouTube, and his new found industry and media attention, it’s only a matter of time before Canada and the industry take notice.

Click the header above to check out the visuals for TwoTiime’s “Did A Lot”.