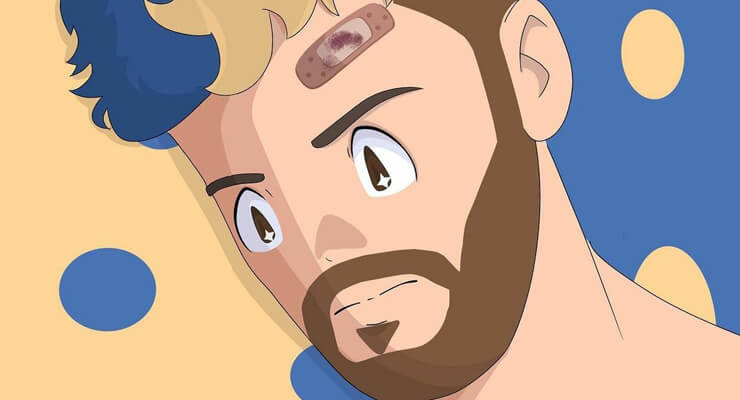 Fresh off appearing at the Hive Festival in Salt Lake City, Utah (his first live performance on a stage in front of a crowd) and back to back trips to L.A. where he met the 6 God himself, Drake, viral sensation Tiagz has dropped his brand new single “I Just Wanna Dance”.

Where his previous singles “They Call Me Tiago” and “My Heart Went Oops” were viral Tik Tok hits that caught the attention of influencers and celebrities everywhere, his latest release is a radio-friendly pop/dance track that signals a transition for the genre-bending artist. Known previously as a “Tik Tok artist”, Tiagz has clearly set his ambitions on becoming a bonafide star.

The Ottawa-based artist said as much in a recent Instagram post stating, “People don’t want to accept the fact that a ‘Tik Tok Artist’ can very well become a mainstream artist.”

“I Just Wanna Dance” features Tiagz’s trademark laid back and hypnotic vocals on top of an uptempo dance production. What we’re left with is a European dance vibe that should be a hit as clubs reopen after the pandemic.

The track marks the latest evolution for Tiagz. After one of his recent trips to L.A. he shocked fans with a brand new look, dying his hair blue and blonde and sporting jewelry and some new gear from head to toe. Along with fusing his music and dancing, Tiagz has now created a clear identity that matches his newfound stardom.

“I went to L.A. and I quickly realized that even influencers didn’t recognize me or knew who I was”, he explained to his fans.

“I’d always have to explain and then they’d be like ‘no way’. Then, I’d have little talks with my bros from over there and we realized every person has their own way of being branded…I fly back to Ottawa then my bro calls me and asks, ‘Dude, why don’t you dye your hair?’ and I was like, ‘You know what? F*** it.”

If you’ve followed his rise in recent years, his story is both inspirational and exciting. He’s made all the right moves and most importantly, he’s done it his way, and his new single is the next step in the journey.

“I Just Wanna Dance” is available on all major streaming platforms.