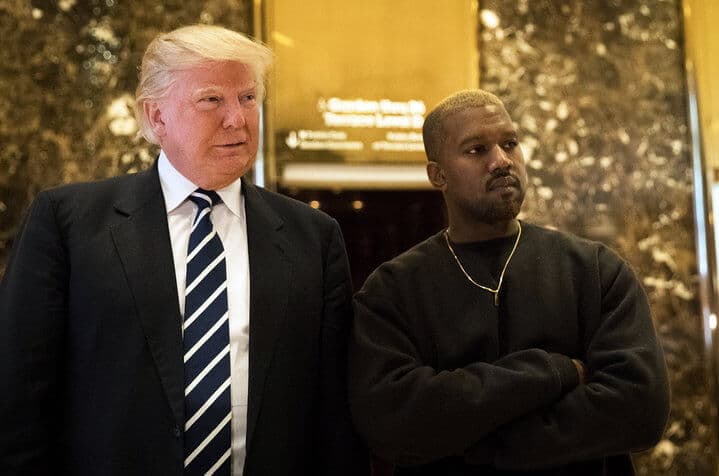 TRACK REVIEW – KANYE RELEASES “YE VS. THE PEOPLE” AND MAKES SOME GOOD POINTS

Over the past 24 hours, Kanye West has released two new songs, probably from his upcoming albums. The song that’s getting some people riled up is “Ye vs. the People” so let’s focus on that.

Before we go into the message of the song, let’s just talk about the music. There’s nobody out there that samples like Kanye. Like we’ve seen on Otis, Kanye doesn’t just sample high hats and baselines, he samples vocals with lots of soul, so what we end up with is a very soulful record. “Ye vs. the People” follows that formula sampling legendary Motown group The Four Tops.

Moving on to the overall concept of the song, it’s flat out clever. Looking at the name of the song, Ye vs. the People, it’s a legal term which makes me think Kanye feels judged for his stances on Trump and other social issues. Kanye gives us further explanation of why he thinks the way he does, unpacking the tweets he’s been putting out over the past few weeks, and T.I. comes back with some valid points and some understanding of why so many people in the black community are upset with Kanye.

This is hip-hop at it’s finest- social commentary, bars and discussion over a well-produced beat. This is also a throwback to the beginning of the culture. If you have differences don’t take it to the streets, don’t use violence; battle through the music, whether it’s scratching, breakdancing or emceeing. Respect to Kanye and T.I. for showing how grown men in hip-hop should handle their disagreements.

Kanye makes some good points throughout the song, although I don’t know where Kanye is going with the whole “Make America Great Again” thing. His support for Trump reminds me of Dennis Rodman’s support for Kim Jong-un. Both Dennis Rodman and Kanye are independent spirits, contrarians, and free thinkers, and they both come across as loners in their respective industries.

I’ve gone back and forth on whether or not Kanye is just trying to drum up some controversy ahead of the release of his albums or if he actually believes what he says. I’ve come to the conclusion it’s a little bit of both.

Now, here’s the kicker. Kanye makes some good points in “Ye vs. the People”. Here’s a look at a few.

“Yo, Tip, I hear your side and everybody talk, though
But ain’t goin’ against the grain everything I fought for?”

Part of the reason we fell in love with Kanye over the years is because he said the things other people would never say. He’s a contrarian. He goes against what the masses are saying. Loving him when he says stuff you agree with, then hating him for saying the things you don’t agree with is hypocritical (although people aren’t wrong for calling him hypocritical for being anti-George W. Bush, accusing him of not being for black people, then supporting Donald Trump). At the end of the day, I respect the guy for going against the grain and not going with popular opinion.

“See that’s the problem with this damn nation
All Blacks gotta be Democrats, man, we ain’t made it off the plantation”

In the United States, there’s this unspoken rule that if you’re black you have to be Democrat or in Canada you have to be Liberal. If we feel have need to support a particular party out of some sense of duty or to be “down”, are we really free or are we still like slaves indentured to a particular master?

“Lot of people agree with me, but they’re too scared to speak up”

My co-founder at SHIFTER, Joe Mebrahru, always talks about the “silent majority”. Basically, there are a majority of people who oppose a conventional idea, but they’re too afraid to speak up. In this case, I wouldn’t say the majority of black people agree with Kanye, but I’m sure there are black people out there who think Kanye makes some valid points. Shoot, I do.

“I know everybody emotional
Is it better if I rap about crack? Huh? ‘Cause it’s cultural?
Or how about I’ma shoot you, or fuck your bitch?
Or how about all this Gucci, ’cause I’m fuckin’ rich?”

True. We’re okay with rappers talking about pushing cocaine, drinking lean, driving a Wraith, owning a Draco, and wearing Gucci or Versace, but we have a problem with what Kanye is saying. There are people who would say that what Kanye is saying is destructive to the black community and our advancement, but isn’t making music about lean, Dracos, and pushing cocaine destructive to our community? Don’t get me wrong, I listen to some of this music (I have to for my job), but these bars are about introspection and questioning our own motives. If we have a problem with Kanye, but are okay with talk of “crack”, “I’ma shoot you”, “fuck your bitch”, something is wrong.

T.I. also makes some good points to consider from the perspective of the black community.

True. I really don’t understand Kanye wearing that MAGA hat; it has to be a publicity stunt. There are a lot of ignorant people who have worn that hat; people who stand for some backwards beliefs. It’s almost as bad as the Confederate flag in my opinion. Unlike the word “Nigga”, that red MAGA hat and what it has grown to represent is too fresh to be reclaimed or given “a new direction”.

T.I. counters Kanye’s point about all black people feeling the need to be Democrats (which is true) and says this isn’t about political parties; you’re aligning with people who aren’t good people. This is beyond politics. True.

“You wore a dusty ass hat to represent the same views
As white supremacy, man, we expect better from you”

“The greater good of the people is first
Have you considered all the damage and the people you hurt?”

This is a good question. What’s more important? Your personal expression or the greater good? It’s important for Kanye to think about the fact that his actions could have hurt a lot of people.

Whether you agree with Kanye or not, we need him. Differing opinions bring objectivity. We need people to question and counter conventional thought and we need people who cause us to question our own motives and start discussions (looking at the last line of the song, that’s what he’s looking to do). That’s how growth comes. If not, we run the risk of becoming sheep and potentially going in the wrong direction.