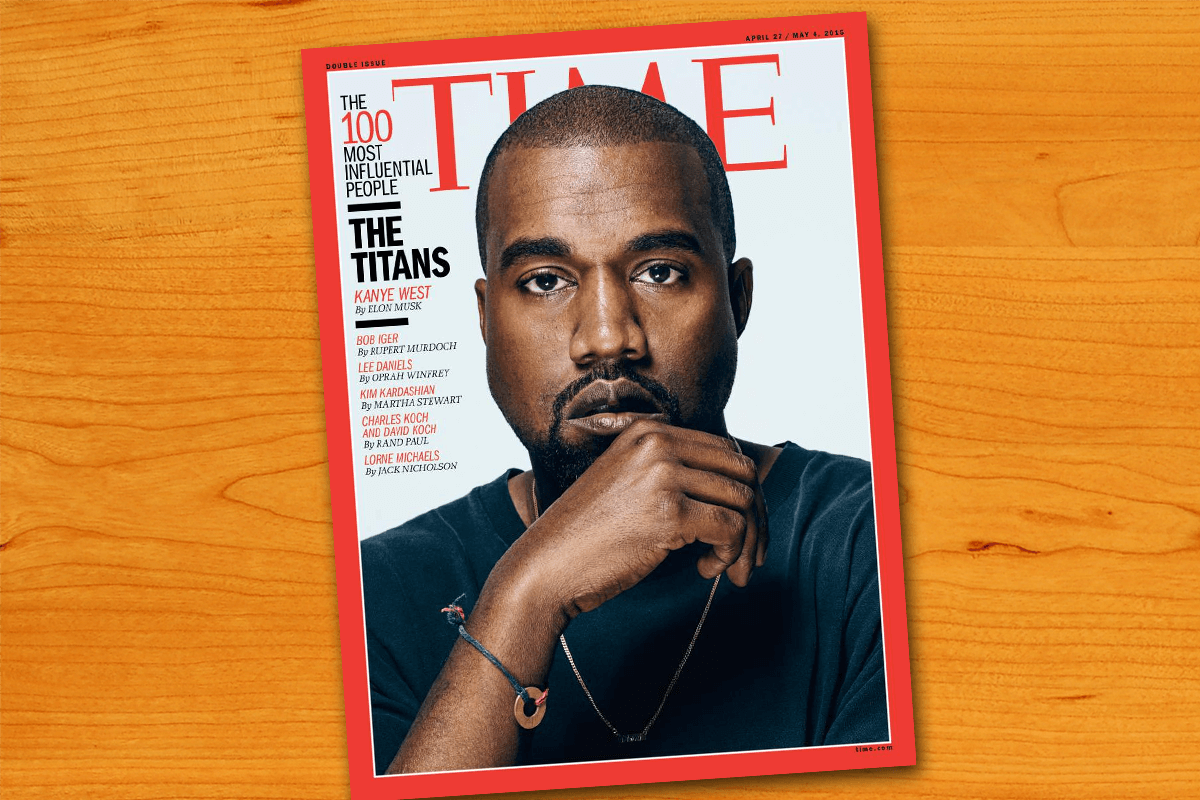 In a year when he revealed his latest collection at New York Fashion Week under a new contract with Adidas, shared his controversial views on the music industry at the Grammys and partnered with legendary Beattles frontman Paul Macartney on a new project, Kanye West has been recognized as a “Titan” on Time Magazine’s 100 Most Influential People list. He was selected to grace one of the five covers along with Misty Copeland, Bradley Cooper, Jorge Ramos and Ruth Bader Ginsburg, each representing Titans, Pioneers, Artists, Leaders and Icons.

Elon Musk, CEO of SpaceX and Tesla, says of West:

“Kanye West would be the first person to tell you he belongs on this list. The dude doesn’t believe in false modesty, and he shouldn’t. Kanye’s belief in himself and his incredible tenacity—he performed his first single with his jaw wired shut—got him to where he is today. And he fought for his place in the cultural pantheon with a purpose. In his debut album, over a decade ago, Kanye issued what amounted to a social critique and a call to arms (with a beat): “We rappers is role models: we rap, we don’t think.” But Kanye does think. Constantly. About everything. And he wants everybody else to do the same: to engage, question, push boundaries. Now that he’s a pop-culture juggernaut, he has the platform to achieve just that. He’s not afraid of being judged or ridiculed in the process. Kanye’s been playing the long game all along, and we’re only just beginning to see why.”

Also read: POPE FRANCIS, BARACK OBAMA AMONG MOST INFLUENTIAL LEADERS IN THE TWITTERVERSE