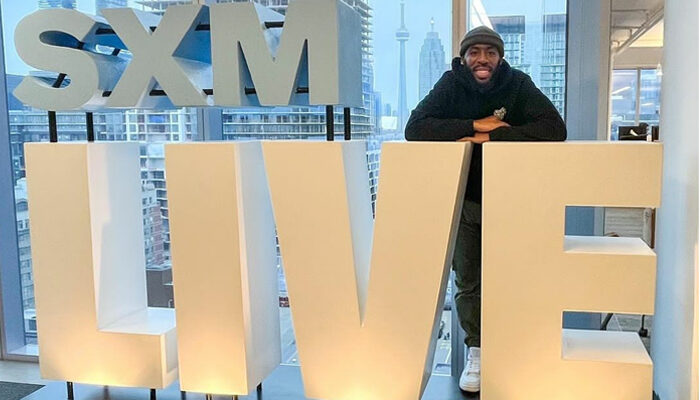 “People On The Move” takes a look at people moving on to new and exciting roles in our community and culture. Today, we look at DJ Frank Vinatra who is on the move joining the team at SiriusXM as Music Programmer and DJ at their new All Canadian Hip-hop and R&B channel Mixtape: North.

After recently being promoted from DJ to Music Director at Toronto’s Hip-hop and R&B Flow 98.7, DJ Frank Vinatra is taking on a new position as Music Programmer at SiriusXM. He will be joining the team launching their brand new All Canadian Hip-hop and R&B channel Mixtape: North. He joins long-time Toronto hip-hop radio broadcaster, Mastermind, who joined the SiriusXM team last September.

“Blessed and grateful to announce that I have officially joined the Sirius XM team as part of their new channel Mixtape North”, he announced. “This is just another step on the journey of being apart of helping push the Hip-Hop and R&B culture in the city.”

Once the channel launches, he’ll also be bringing his signature creative cross-genre mixes to the airwaves. But he also assured his followers that he will be continuing his duties at Flow 98.7.

“Don’t worry though I’m still holding down the hottest mix show in the city from Mon to Thurs on Flow 98.7.”