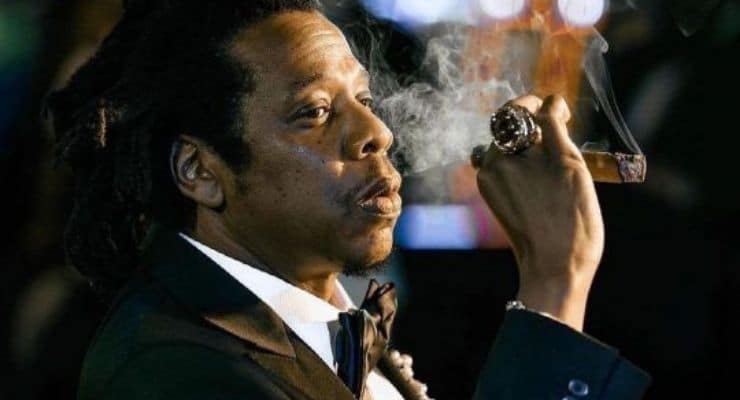 BOOK REVIEW – JAY-Z: MADE IN AMERICA BY MICHAEL ERIC DYSON

“Jay-Z is one of my favourite rappers of all-time,” “Jay is on my top five,” “Jay goes the hardest” is what you will hear many hip-hop heads, music listeners, and even non-listeners say when it comes to the goat. I can honestly say that Jay is one of my favourite rappers of all time based on the legacy and impact he had with music, black culture, wealth, and black excellence. From starting with mafioso, braggadocious street raps with projects like Reasonable Doubt & In My Lifetime Vol. 1 to mature, introspective yet emotionally open projects like Magna Carta Holy Grail & 4:44, the Marcy Projects-bred artist has matured in the most graceful way possible, musically and personally.

Dyson uses various examples of Jay-Z’s work and his reflective state of mind and compares them to other figures who have shared similar roles, such as Lebron James and Nipsey Hussle. At the beginning of the book, Dyson analyzed Jay-Z’s lyrics that dealt with street hustling and explained how those lyrics are evident within the lack of opportunities and realistic ambitions within the working-class Black community.

Michael Eric Dyson explained how the upper classes’ goal to keep working-class Black people in the same position and indirectly allowing restrictions and isolation from the higher class communities ignited a “Black Hustle” for the black community to work twice as hard to provide for their families, whether legally or illegally.

Throughout the book, Dyson also explained specific historical experiences such as Trayvon Martin’s death and Donald Trump’s presidency, which has affected the Black community and Jay-Z’s change to become more reflective in fighting for social justice and change within society. He also detailed how Jay has since created the Reform Alliance, explained the issues of racism in his music, and was vocal on the problems of the criminal justice system and Donald Trump’s role as president during interviews and public discussions.

Although many highlights in the book serve well and prove Dyson’s intellectual strength and capability in comparing lyrics to real-life actions, there are a few questions that hinder the narrative’s perspective. In a slight instance, Dyson tends to write this book from a fan’s perspective due to his admiration for the Brooklyn rapper. It was even evident in the book that Dyson was a fan of Jay-Z based on the book’s introduction. But from this, it is understandable since we are all fans of any famous person in some way, and the idea of writing a book about them does give some bias based on the love, admiration, and passion we bring. Still, there is the in-depth theoretical research that comes with writing about our favourite person.

Overall, this book has taught us that at some point in our lives, we all mature through experience and what we used to value before isn’t what we value now. From Jay’s perspective, the art of hustling still holds firm to him, but the practices before are not something that he values, but a new approach of legal and long-lasting hustling is something that he does value. Another thing that the book taught us is how things with little perspective like lyrics make a big difference in how we view the world and how we can be the change.

This book is something that I loved and appreciated, and it gave me a profound respect for Jay-Z and what he is for black culture. If a young Black man from Brooklyn who has lived from the bottom can make it, it can work for any Black person if they put the work into it and always strive for greatness. So if you’re a big Jay-Z fan, a hip-hop head, a culture theorist, or just someone who appreciates stellar research, I highly recommend Jay-Z: Made in America.

I give this book a Platinum rating.