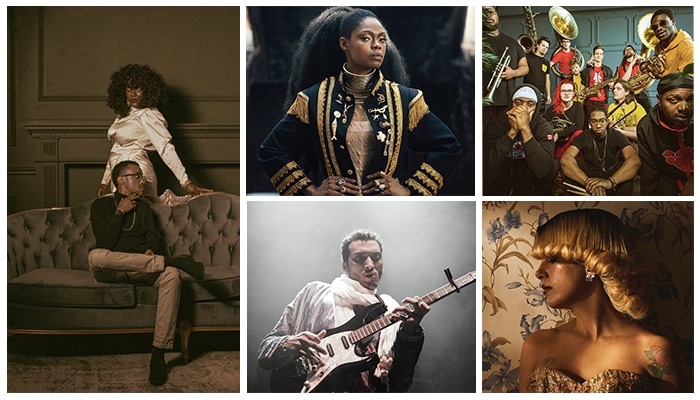 Mixto Festival returns to Toronto from July 7-10 with a diverse range of local and international acts, like Xenia França, Bombino, Céu, TRP.P, Bangerz Brass, and Narcy.

As Toronto is pretty much returning to what it was pre-pandemic, live music in the city has been going stronger than ever. Since restrictions were lifted, festivals like NXNE, Canadian Music Week returned to regular programming, and local and international acts have hosted sold-out shows almost every other day. Upcoming festivals such as Veld, OVO Fest, and Rolling Loud are closely approaching with a variety of dope local and international talent––much to the anticipation of fans across the city.

But one festival that is on the rise of becoming a household staple for a fusion of international music on a regional level is Mixto Festival. Produced by Uma Nota Culture and funded by the Canada Arts Council, Ontario Arts Council, and Ontario Creates, this Toronto-based festival showcases local and international artists of various genres. It unites people of all backgrounds and experiences to celebrate their own cultures without presenting it as exotic, but as a delicacy of each culture showcased as a piece of the city’s multiculturalism.

Mixto Festival also brought various activities and exhibits that people of all ages and backgrounds can enjoy. Along with diverse music, the festival has featured food vendors and sponsors of unique backgrounds and cultures to showcase and serve food that complements the multicultural aspect of the festival.

This year, in its fourth year running, the festival will feature international acts like Brazil’s Xenia França and Niger’s Bombino, as well as Canada’s TRP.P, Bangerz Brass, and Narcy. Mixto Festival will run throughout the first week of July, from Thursday, July 7th at Lula Lounge, until Sunday, July 10th, when it will resume at the end of the weekend at a transformed outdoor lot at Lynx Music in Toronto’s west end.

Here are some must-see artists that will be performing at the festival, both local and international.

Bahia’s own Xenia França is a gem who’s reaching new heights in Brazilian music. Reigning from a city that birthed many iconic artists that have paved the way for what Brazilian music is today, França’s music is a refreshing blend of soul, afrobeat, jazz and more. Acknowledging the roots of the country’s African diaspora while infusing various genres with traditional percussion, Xenia became a standout artist after her debut album, Xenia, along with her fan-favourite single, “Pra Que Me Chamas?”, was nominated in the Latin Grammys in 2018. Her impact on the country’s art scene was highlighted due to her subject matter in her music, in which she opens up on unique topics regarding black feminism, African-Brazilian culture, and so forth. Xenia has since performed in major Brazilian festivals, along with performing in other cities such as New York City, Philadelphia, and Medellin, Colombia. Since then, she has released a new project this year entitled Em Nome de Estrela. You can see her perform live at Toronto’s Lula Lounge on Thursday, July 7th, 2022.

Niger-based musician Bombino has been creating unique narratives within his music and has been a legend in the country for many years. Born in the 1980s, he has dealt with many trials and tribulations regarding the various problems that happened back home in Niger, which led to him moving throughout different parts of the world. After being discovered by filmmaker Ron Wyman and the city of Agadez, Bombino started his music career along with his band through many releases that capture the unique sounds of funk, psychedelic rock, and blues. The Niger-based artist has since worked with the likes of Dan Auerbach (The Black Keys) and David Lonstreth (The Dirty Projectors) and has since received a Grammy nomination in 2019 for Best World Music Album for his 2018 release, Deran, the first-ever nomination for an artist from Niger. You can see Bombino perform live at Lynx Music on Saturday, July 9th, 2022.

Brazil’s own Céu has set the grounds for her lane and proved to be the best at her calibre after winning and receiving many award nominations from the likes of the Latin Grammys, the Grammys, and the MTV Video Music Award in Brazil, as well as gaining a dedicated fan base throughout Europe, North America, and Asia. With her unique style that favours her Brazilian roots while infusing sounds from the likes of post-tropicalia samba, salsa, choro, soul, reggae, hip-hop, and jazz, she has since experimented with many sounds throughout each project she released and has taken many approaches to make every song unique through her songwriting and orchestration. Céu has since released two projects for last year, Um Gosto de Sol and Acústico, and will perform live at Lynx Music on Sunday, July 10th, 2022.

Toronto-based hip-hop/R&B duo TRP.P (pronounced “TRIP-ee”) have created many opportunities to develop a unique, DIY aesthetic within their music and branding. Composed of Truss (producer, singer/songwriter) and Phoenix Pagliacci (singer/songwriter), the dynamic duo maintained a strong musical relationship since 2015 and have since released many unique projects such as their self-titled EP in 2017, their sophomore release 2TRP.P in 2019, and their latest album, Mirror Soul, which released earlier this month. You can see TRP.P perform live at Toronto’s Lula Lounge on Thursday, July 7th, 2022.

Toronto-based DIY brass section Bangerz Brass has been blessing the city with their defiant fusion of hip-hop and brass-infused jazz and orchestrational music for several years, whether it’s performing at the streets of Toronto’s Kensington Market or a local venue nearby. MCs Matt Somber and Ayrah Taerb hold the front with their unique cadences and follow unique approaches to crowd participation, whether it’s dance-offs, fiery MC battles, or sing-a-longs. They manage to get the crowd going until the crowd asks for more. Along with leading the way, Montreal hip-hop legend Narcy is no joke when it comes to setting the pace, and is known to be a pioneer of the Arab Hip-Hop movement from the early 2000s until now, and has since claimed his legacy through many bodies of work, making himself a legend and voice for Arabs in the public sphere of hip-hop. You can see them both perform live at Lynx Music on Saturday, July 9th, 2022.

You don’t want to miss this amazing festival filled with wonderful and vibrant artists from around the world.

You can purchase tickets through the festival’s official website, in which you can purchase a weekend pass or any of the individual dates (or more) of the specific event you want to go to. 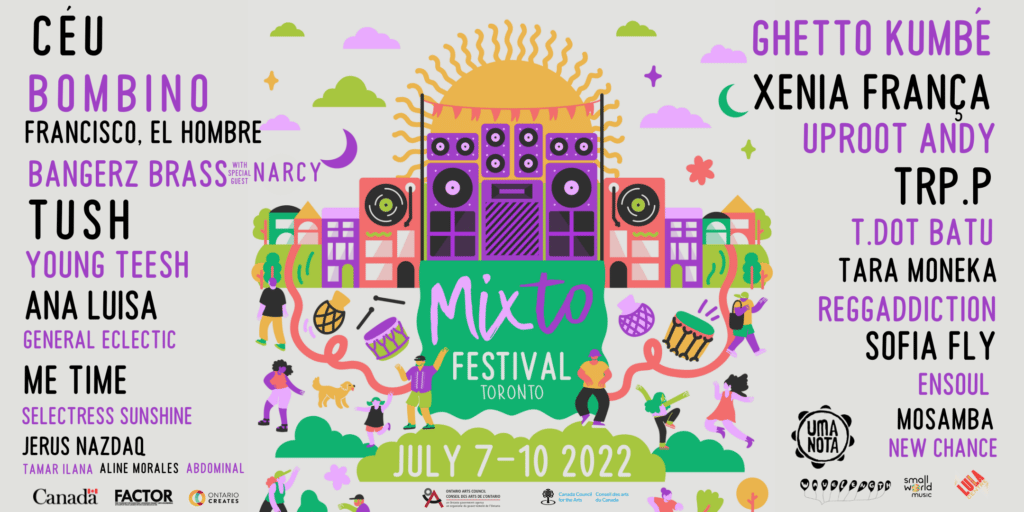