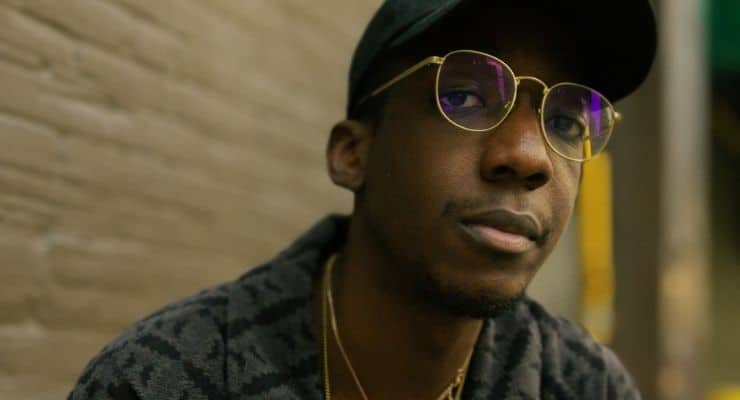 Born of Beninese descent, Andy Akangah is a 25-year-old graphic designer based in Ottawa, Ontario and is currently the CEO of AKARTS, a hip-hop inspired streetwear line that has already caught the eye of A-list celebrities like The Weeknd and Director X, and has been featured on large platforms like Complex Canada.

The young artist spent plenty of time studying in international schools abroad before settling down in the nation’s capital in 2014, where he completed a bachelor’s degree in Marketing at the University of Ottawa.

Andy explained to SHIFTER that AKARTS came to life in 2015, a short while after he began his studies.

“I’ve always been creative. I’d always be drawing, watching anime, the cartoon network, reading comic books… basically, anything that was animated. School was getting heavy and I needed a creative outlet, so I began playing around with photoshop and taught myself how to do illustrations within a few months of consistent practice. To apply more pressure, I started a business. That’s how AKARTS was born.” 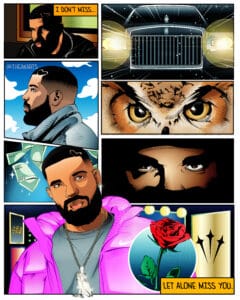 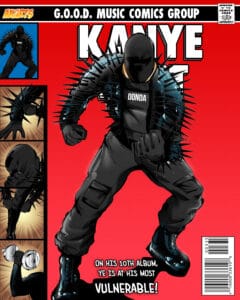 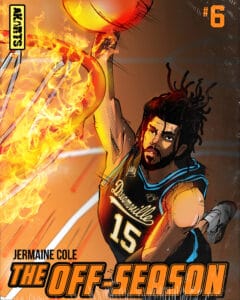 Akangah began selling prints on Etsy, which is an American e-commerce company focused on handmade or vintage items and craft supplies. The young artist stated that he just began uploading his designs for the sake of not having an empty Etsy page, and he ended up making a sale the very first day he opened his online store. This motivated him to do more and to dig deeper into what his clientele wanted from him.

“A lot of it was finding more people like me; people who like cartoons and anime. I asked myself what I would want to see if I was my audience, so the process of finding my niche has been kind of selfish. I’ve only been creating what I like, and it seems to be working. I feel like my niche relates to me because I draw cartoons that most of up grew up watching.”

During Andy’s conversation with SHIFTER, he shared some struggles he faced and sometimes still faces amidst running his business.

“Well, I’m one person so I gotta stay on top of everything which can get overwhelming, and I guess sometimes coming up with new designs and putting out products. I have to deal with customer service and everything, but I don’t mind being stressed because it forces me to get things done”.

The young entrepreneur also stated that he feels like giving up all the time, but that whenever he does, he changes his mind because of the reception he receives when he shares his art.

“You get in your head, which is silly, but it’s human. The small wins or everything, don’t let failure have the last word.”

When asked about how he plans on expanding his business in the near future, he told SHIFTER that we should stay tuned for new designs, new products and a lot more innovation surrounding the brand. He continued on to say, “Be true to yourself and don’t settle. I used to hold myself back, but do what you want. People will just follow”.

Andy Akangah has proven his potential, and continues to do so by showcasing AKARTS and his creative designs. This is only the beginning for the young entrepreneur who is more than excited to show the rest of the world what he is made of. Make sure to follow Andy Akangah on Instagram to keep up with him and his work.

CASSIDY EDWARDS IS CHANGING THE NARRATIVE FOR WOMEN IN SNEAKER CULTURE