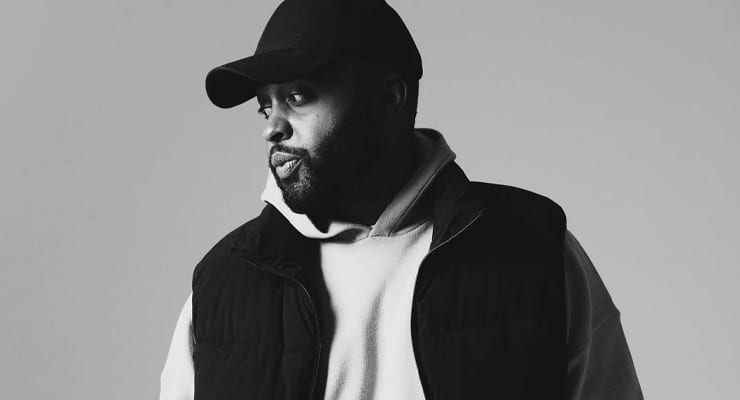 “I would say, just start.” – Lincoln Blaché, entrepreneur, chief creative officer, label owner and founder of Made In Sauga

“I had this vantage point from where I was of where I wanted to be”, is the first quote you see on Blaché’s website, describing the well-rounded traits and strengths that make him the man he is today. A Mississauga native whose life started in the Sheridan projects, Lincoln learned to maneuver through the adversities of his environment by using the skills and things that he loved and made it into a vision of his own. Made In Sauga is a Canadian-based urban record label founded and owned by Blaché, which has a stellar roster of rising black talent in the urban industry, such as R&B groups BLK, comprised of Bexk, Lilac X, and Khatalia-Korahjay, and GOODBADUGLY (aka GBU), which comprises Isaiah Peck, Malachi and Reeko Rieffe, and solo acts like Devaney, Lincoln Blaché himself, and a recently signed R&B singer out of Alliston, Ontario, Quincy Isaiah.

Blaché describes the exciting duality of growing up between the working class and the multi-million dollar mansions in the area. In contrast, his area included people living on welfare and parents trying to get by to provide for their families. There were also moments in his life when he would pick up expensive items in the department store when they were shopping. He would tell his mother that they would live lavishly someday to inspire them to get out of the environment they were living in and make a living.

Lincoln started his musical journey by listening to artists like Michael Jackson, Lionel Richie, and Beres Hammond around the house and going to a Tina Turner concert as his first concert, which led him to look at music in another light. He started his career as a sound engineer and worked with Mississauga-based producer Rich Kidd from the start of Grade 6 after meeting him many times around his area. Blaché would then join various rap groups until he joined a collective called Foundation Creative Group that housed many local artists, such as Toronto-based artist Rochester, where he started to learn and work more on songwriting. His talent and hard work led to him receiving a Juno nomination and a Canadian Radio Music Award for “Runnin’” by Doman & Gooding, featuring Toronto R&B singer Dru. 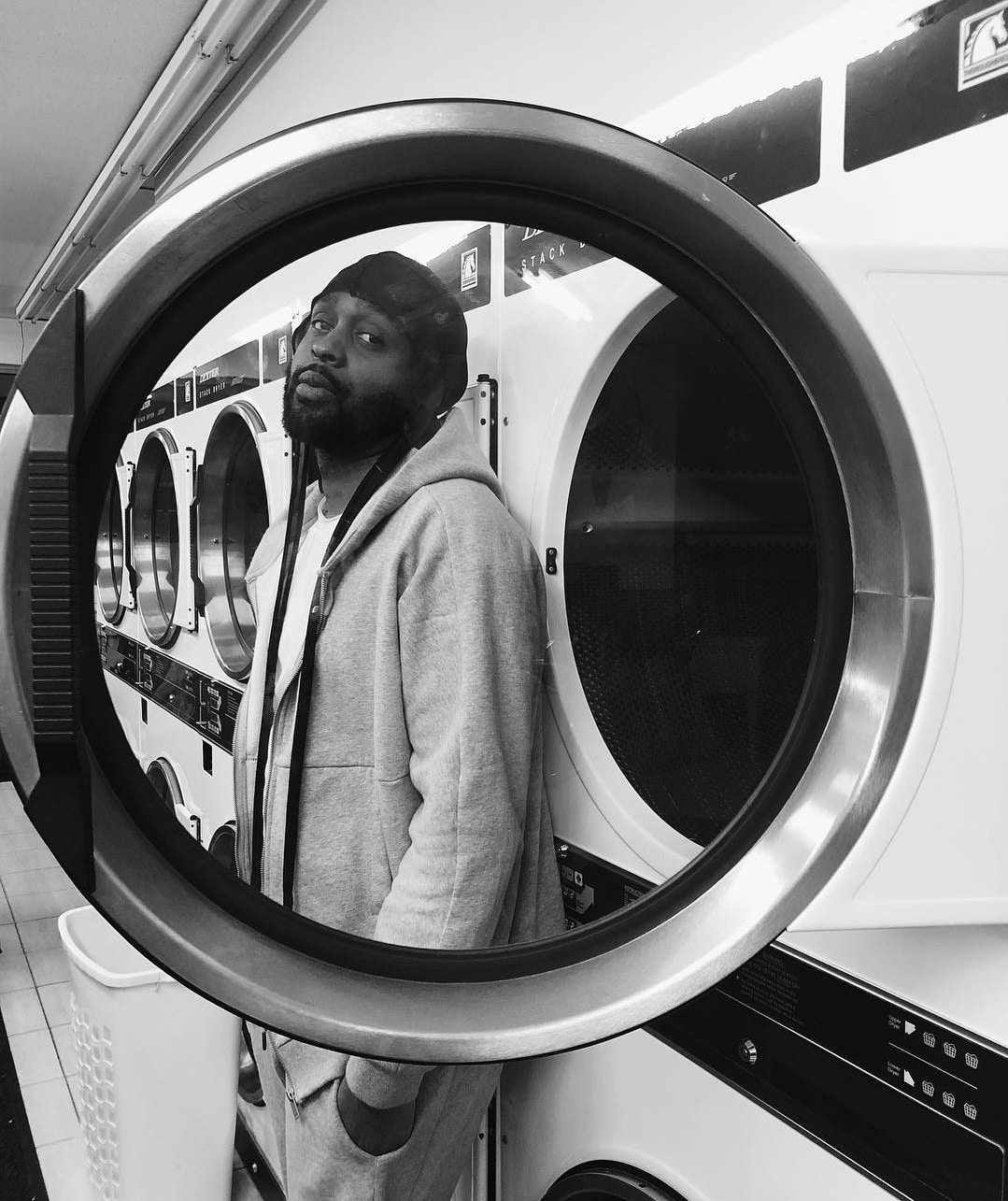 “That’s when things took a turn for my career and I was like, ‘Yo, I really feel like I should focus more on my energy and do this more full-time”, he explains.

When asked if he feels he had come a long way from the start of his music career until now, Lincoln explained,

“Yeah it’s weird, I actually wake up every single day like it’s the first day. It’s like the weirdest thing for me. One day, I was leaving my manager Greg’s house and I was like, ‘Yo, let’s go get it. Tomorrow’s a new day’. Like I’m just starting over and I think I keep this mentality every single day and I don’t get too high on the highs and I don’t get too low on the lows. And I just have this dream in my mind of the things that I want to accomplish. So no matter the good things or the good fortune that’s given to me or that I’ve been blessed with, I don’t even consider it. I just keep my head down and just keep working. It doesn’t phase me man, like I have a lot of work to do and we’re just getting started. That’s how I look at it.”

Made in Sauga was formed about four years ago when Lincoln Blaché signed to a company called 21 Entertainment. During that time, his manager influenced him to create his own label. After travelling to industry hotbeds like Atlanta and Los Angeles, he realized that boroughs outside major cities don’t have as much shine as the major cities themselves, even if they produce fantastic talent. So when thinking about the name of the label he explained,

“So when we were thinking about the name, I was thinking, “Yo, Made In Sauga.” You know, it represents myself and where I’m from and it also has a name that we can take [it] international and put on the map, and allow people to understand the diverse scene that we have in Canada.”

The inspiration for becoming a music executive and label founder and owner started with how Lincoln was inspired by urban music heavyweights like Andre Harrell, Diddy, and Jay-Z, and studied how they were successful in running their labels. He then took what he learned from them and put it into use by selling his own CDs and t-shirts as a teenager. Blaché was also curious about the business side of the music industry, and he also took his time to learn more about contracts.

Lincoln later clarifies that Made In Sauga represents a lifestyle. It represents where he’s from, but he assures that the sky’s the limit for them to become a platform to showcase exceptional talent all over Canada while providing the resources and infrastructure for artists to take it to the next level.

As far as what they bring to the Canadian music industry, Lincoln mentions that Made In Sauga was the first record label to launch the first R&B girl and boy groups in a long time since the likes of In Essence and many more. With BLK, they have secured an incredible record deal with full ownership of their masters and publishing, while sharing their story through their reality television show. As for GOODBADUGLY (GBU), they have managed to gain success in charting on the Canadian Billboard charts.

When asked about the importance of Mississauga and how it plays a pivotal part in the label, Lincoln explains,

“Well for me, it’s where I was raised. It’s where I had all of my experiences and you know, from leaving my home in Mississauga, skipping school to travel downtown Toronto, just to be a part of the music scene. And it’s where I met all of the collaborators that I still work with till this day and the city really shaped me. There’s a diverse scene that’s happening there that I feel like is underserved. And I think we have so much talent, whether it would be a PartyNextDoor, a Rich Kidd, or a Junia-T. There’s just a plethora of talent coming from the city.”

Blaché also talks about being signed with another Canadian company where his primary responsibility was that of an A&R to search for dope talent and sign them. While interested in signing a girl group, he launched Made In Sauga and scouted every individual artist that had reached out to sign. Although the main focus was not to sign individual acts as much, the label reached out to artists that they enjoyed and managed to put them in a group. With all members of BLK, they had a meeting that went well, which led to the girls recording a track, and it led to becoming a single on their EP with the single “FWM”. Once that happened, Blaché started to focus on creating an R&B boy band. He spoke with Reeko, one of the members of GOODBADUGLY, and asked if he was willing to experiment with being in a group, and he agreed. He then recruited the remaining members and had them record their first record without even meeting each other.

“You know, we wanted to show them how good they sounded together so we had a studio night where we had a record where they would each come at individual times and record”, said Blaché.

Due to their instant chemistry, GBU’s record went so well that it ended up becoming a song called “Would You Mind.” They managed to get a deal with Universal Music through Made In Sauga and 21 Entertainment. With Made In Sauga being a black-owned record label in Canada, the barriers they had to overcome to maintain the same relevance and consistency as a non-black owned label stems from the limited number of black music executives, radio stations, and lacklustre infrastructure the Canadian urban music scene at the time. When Blaché saw this, he knew a change had to be made because there were still fan bases outside of Toronto that loved urban music. His goal is to take some rising Canadian urban acts and let them tour all over the country to prove that urban artists can thrive as much as non-urban artists. However, even with that dream, the current infrastructure and barriers haven’t enabled them to realize that dream just yet.

Blaché also mentions the importance of black-owned labels and record companies to be safe spaces for black artists to develop their sound and creativity while providing resources and infrastructure to create their work. For his artists to not fall into the same path, he had to go through in music business (in which he had no manager and had to learn everything on his own). Blaché states that having more black representation in these labels and companies provides better communication between artists, management, and labels/companies to proceed with contractual obligations and terms since it allows management companies and teams to preserve and protect artist due to their lack of understanding of the music business and the contracts they are offered.

When describing the reasoning for this, he states,

“There’s no one showing us those things and when you get a contract presented to you, sometimes you can’t even afford to get a lawyer, just based on your circumstance. So it’s important we have people that look like us to help us really understand and break it down to us in terms that are digestible and it’s our responsibility that we don’t allow our people to get robbed as we’re having this moment in Canadian music.”

As far as qualities that they look for in an artist looking to sign to the Made In Sauga label, Lincoln explains that he looks for someone who is coachable, who has a lot of humility, an incredible work ethic and a strong drive. When asked if he has any advice for any aspiring entrepreneur who wants to take the profession seriously, Blaché states,

“I would say, just start. Fail often, try new things, be fearless in your approach, and just go all out for what you believe in. Stick to your guns; there’s no roadmap or manual in the music business on how to get in there. Just be confident in yourself but really be willing to put the work in. I sacrifice a lot of time with my family and the people that love me the most just to put in the amount of hours that I do. So you have to be willing to dedicate yourself to it.”