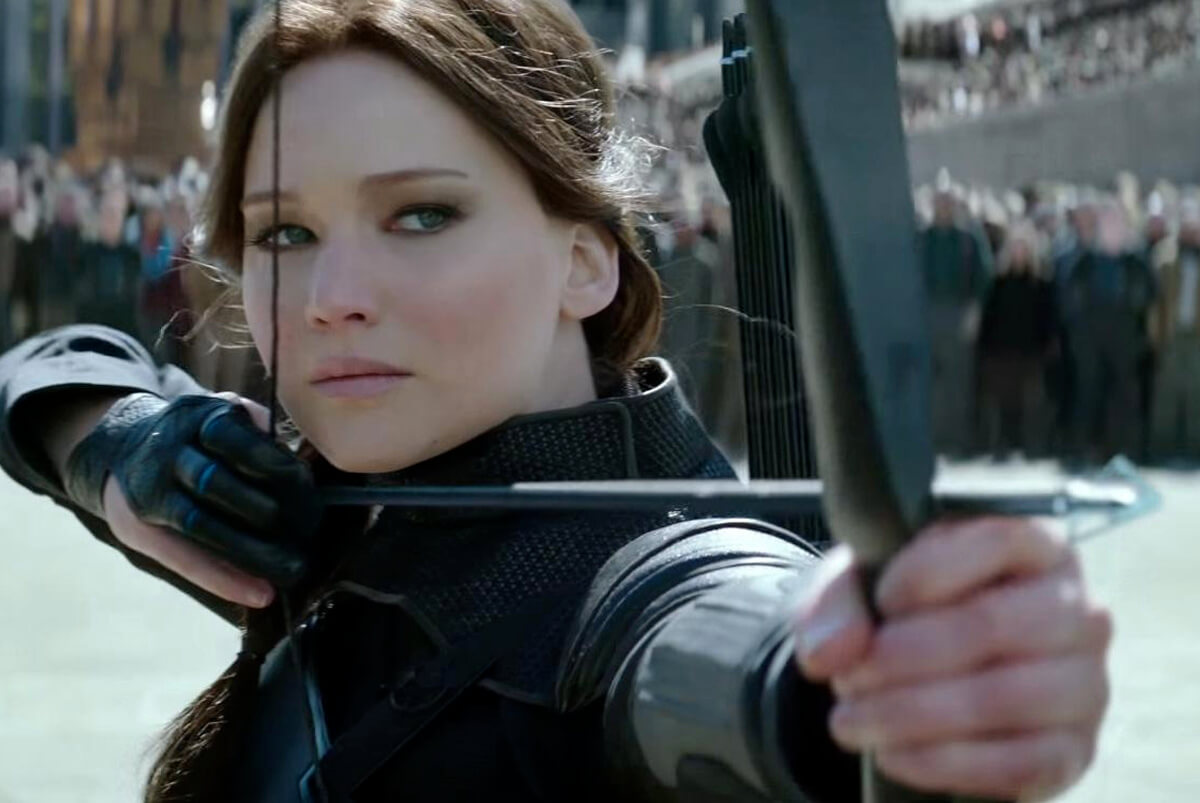 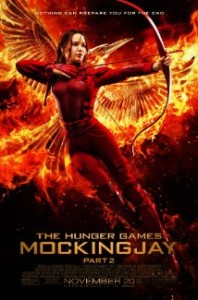 Katniss Everdeen leads the final battle against the malevolent President Snow, with the assistance of her friends Peeta and Gale in order to attain freedom for all citizens of Panem and the 13 districts. With all eyes on Katniss, it’s not an easy road ahead in the midst of a war, as she faces many dangerous obstacles and decisions including matters of the heart.

The anticipated final installment of the Hunger Games trilogy has emerged with a bang. The film doesn’t take too long to establish its dark and gritty tone as the audience is immediately immersed right back into the heart-wrenching world that surrounds Katniss Everdeen (Jennifer Lawrence). As she continues to witness the wreckage and destruction caused by President Snow, we follow the development of the war between the united districts of Panem and The Capitol. One thing is for certain- you should expect the unexpected as Mockingjay, Part 2 delivers its many twists and turns.

In comparison to its predecessor, Mockingjay, Part 1, the finale offers more action packed scenes as well as a heart wrenching storyline. Through an impeccable first act, the fans are quickly reminded why there’s absolutely no love but rather hatred and vengefulness towards President Snow (Donald Sutherland). As with the previous installments, the on-screen rivalry between Katniss and Him is tense well executed. Jennifer Lawrence delivers an exceptional and stand out performance as we watch her final portrayal of this character we’ve grown so attached to. The Academy Award winning actress doesn’t hold back as she shows passion and commitment throughout the entire film. With her talents and acting chops, Jennifer Lawrence always demonstrates her ability to draw us closer and make us succumb to her emotional and gut wrenching journey.

As previously mentioned, Donald Sutherland is as malicious as ever in his portrayal of President Snow, who plays a pivotal role and is the sole purpose for Katniss’s path to vengefulness. Josh Hutcherson, Liam Hemsworth and the rest of the cast also surpass their previous performances in this last chapter. An honourable mention goes to Phillip Seymour Hoffman who unfortunately passed away during the filming of Part 2. He nearly completed his work and had one more scene to film. Without the use of CGI, filmmakers reworked the scenes using real footage. They were able to incorporate his character by rewriting the script and giving the dialogue to other actors. Francis Lawrence does a superb job giving Plutarch Heavensbee a well-deserved final salute.

Director Francis Lawrence doesn’t disappoint in focusing on the progression of the storyline, character development, scripting, visual effects, and solid screenplay. It seems as though the filmmaker wanted to present us with a much darker, grittier, suspenseful and quite depressing conclusion. It may feel a little all too real and may have audiences jumping out of their seats. As Katniss and company are being led underground and make their way towards the heart of the Capitol, we have to prepare for some cringe worthy moments. That being said, throughout the film, there’s an emphasis on the build-up of anticipation, which may seem slow paced at first. This often caused an extended delay between action scenes. This might leave audiences feeling disconnected from the plot. Needless to say, the payoffs were still unexpected and worth the wait. There’s no disappointment in cinematography with the amount of exploding backdrops, action sequences, and use of special effects.

If you’re a fan of this franchise, Mockingjay, Part 2 will leave you gratified with a proper send off for our beloved characters Katniss, Gale and Peeta. This is a commendable sequel which leaves us all with a sense of relief knowing that there was an adequate amount of closure. Hopefully this won’t be the end for our beloved trio as we can look forward to the possibility of a future prequel. So how do you feel about the franchise coming to an end? Should the producers keep the franchise going in the form of spin-offs or prequels? Let us know in the comment section below.