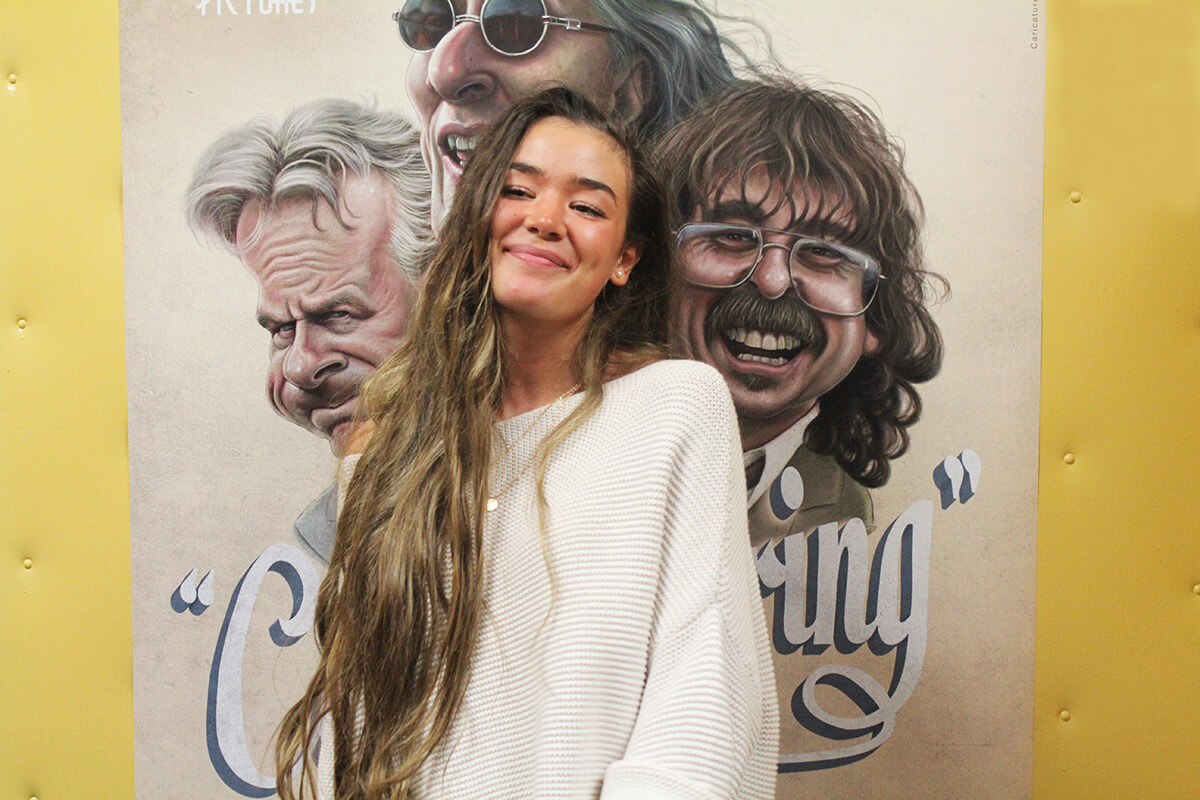 Following the premiere of her first feature film Cotton String, our Lisa Martel and Mathieu Chin-Quee had the chance to sit down with film director, Marina Bruno, to talk about her latest project and inspirations as a filmmaker.

Lisa Martel: How did you start? What was the beginning process for you as a filmmaker?

Mathieu Chin-Quee: Who has been your favourite movie director that has inspired you throughout your life?


MB: My dad did show me all of the classic films and everything. Quentin Tarantino is a million per cent my biggest influence. I take a lot from him. I was inspired by the non-linear way of telling a story. I was inspired by Pulp Fiction for that. Steven Spielberg. A new director who’s my favourite is Alejandro Gonzalez Innaritu. I’m just starting to see his films now and now he’s my all-time favourite director. I think he’s amazing in the work that he does.

LM: What do you find are some of your biggest challenges being an up and coming filmmaker?

MB: Biggest challenges is when I was just starting off, it was hard to get people to take you seriously when you’re just a kid. For example I need these two middle aged men to act in my short film. For them it’s like this is just a kid making a stupid video. At the beginning it’s hard to get people to take you seriously. There’s also a lot of advantages starting out because people also want to help you so there are pros and cons.

MC: Are you currently only working on film? Are you dabbling in school? Work? How do you balance those areas of your life to create a product such as this?

LM: How are you feeling now that your first feature film has premiered?

I feel really good. I feel super excited that everyone got to see it and the audience. It’s definitely a good feeling. I’m excited and encouraged to do more now.

MC: Ottawa isn’t one of the biggest cities known for film. In a town not as prominent for this industry, what are some of the challenges in finding places to film, good actors, people around you, getting people involved to create a film such as this?

MB: Ottawa is such a conservative, government city. There’s no room for art. There’s a small filmmaker and artist community; there’s a lot of talent here. At the beginning, when I was just starting to make films, it was hard to look for talent because I didn’t really know where to look. With time, I’m meeting a lot of filmmakers and actors. There is a community here that I work well with and would like to work with more.

LM: Do you plan on continuing to work in Ottawa or do you see yourself moving to areas like Toronto, California?


MB: My dream has always been to go to California, of course. That’s the city of film, or Toronto. I also like Toronto. I’m thinking of moving to either one of those cities down the road, but in the mean time I think it’s good what I’m doing in Ottawa because everyone supports independent film. If I were to move to a city like Toronto or Los Angeles where there’s so much competition, I feel like it would be harder to get a project done because it’s more cut throat. It would be harder. I feel like you need to establish yourself in a more unknown smaller city and then when you have a name, you can move to the bigger city. It would be easier that way I find.

MC: When you’re writing characters, do you have certain actors in mind such as your dad or the owner of the bar whom you have used before? Do you write those roles with those actors in mind or do you end up writing them and say “Oh my dad is perfect for the part?”

MB: Yes, I do write them with the actors in mind for some of the characters, and for others, I just leave a blank face and then I audition to see. In my short films, you’ll notice I use a lot of reoccurring actors. I do keep them in my mind for those roles. Yes and no, to answer the question. Sometimes yes, sometimes no.

LM: What was your inspiration behind writing Cotton String?

MB: It’s always hard to answer that question because when I come up with a story I don’t have that one inspiration. It’s more that I just try and think of different scenarios and contexts. I create random characters in my head and I put them in that context. I think of something that could happen in that situation. There’s no main thing that I get my ideas from. It’s almost like when I start off with a script, it’s just abstract. Something random and then I’ll start piecing it together, making it more specific.

MC: From the conception of Cotton String to edited and completed, how long did the whole process take from beginning to end?

MB: I started writing last April and I finished editing in August. That’s a little bit over a year.

LM: What is your all-time favourite film?

MB: Birdman. I just think that film is a masterpiece. It’s genius. That movie is perfect. I can’t wait to see his new movie, The Revenant. I think that one is going to top Birdman. On top of everything, it’s all one shot. It brings you into the anxiety of the main character; it’s so real and raw. That film blows me away.

LM: What is the dream? The ultimate goal? Where do you want to see yourself in 5 years with your career and your life?


MB: I want kids to do projects on me 200 years from now after I’m dead. Just to be a known filmmaker and to create work. To create feature films and to influence audience. Hopefully just make better films as I go and win an Oscar. That’s my goal (laughs) I like acting as well.

MC: Coming from someone so young, do you have any advice for up and coming film directors/screenwriters?

MB: Honestly, just do it. Don’t make any excuses, don’t push back deadlines. Just write a story you can film. If you don’t have a camera, borrow a camera from someone. If you don’t have props, borrow them; you can get so much stuff for free, just do it. Even with funding, you don’t need that much money nowadays. With the technology we have, there’s so many people willing to donate their stuff. I get a lot of my props because I just ask my friends and my friends say I can have it for free. I don’t have to spend that much money. Honestly there’s no excuses if you’re from Canada or the [United] States; it’s a well-off country. You can get so much supplies to make a film. The main thing is you need to write a good story. It needs to be something you’re passionate about and that you want to tell.

Click here to read our review of Cotton String