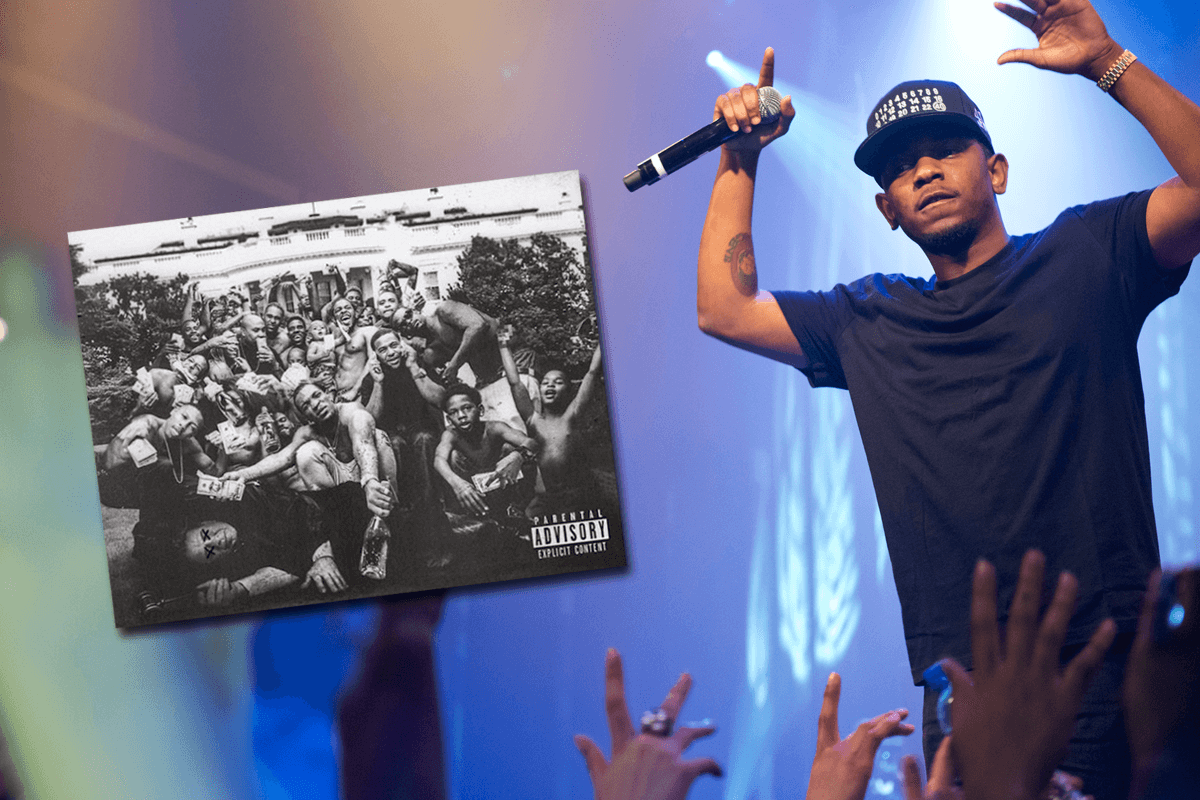 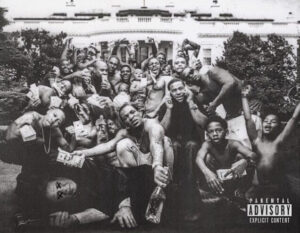 To Pimp A Butterfly is Kendrick Lamar’s second major album release following his major label debut good kid, m.A.A.d city back in 2012. On the first day it released, it broke the online streaming record with 9.6 million listens on Spotify and reached No.1 on the Billboard 200 Charts and Top R&B/Hip Hop Albums. While there was a bit of a mix up with the release dates, anxiously anticipating fans jumped on the early digital release. This review has been a while coming, but with this body of work put out by Kdot, I had to live with it for a while before I could review it properly. The album is just so heavy and content-filled that I had to really take it in before I felt I could speak on it.

This project has been 2 years in the making. We got a taste of where Kendrick’s mind was and where he was going with this album with the release of two very different songs. First, I with the chorus line “I love myself” and then the much angrier The Blacker The Berry. But honestly I still didn’t know what to expect.

When I first heard the name of the album To Pimp A Butterfly, I was very curious as to why he chose it. In a recent interview, Kendrick explained that the title had various meanings to him but basically to pimp a butterfly means to take his celebrity and the position of influence he has and use it for good, to uplift people. He also explained that the butterfly represents thoughtfulness and how society views him.

The first track is Wesley’s Theory which starts out with a sample from George Clinton and then breaks into a funk inspired beat. On this song Kendrick is talking about the lifestyle and decisions he faced when he first became successful and the things he wasn’t prepared for. The song is also an ode to Wesley Snipes and his issues with tax evasion, which also seems to be an issue for some hip hop artists. There is an obvious running theme of social justice, black socio-economic issues and stereotypes that he touches on in every song. You can tell that he is singing from his own personal experiences that he went through in life and the things that he’s seen. In a recent interview, Kendrick said about the creation of his album, “For me it’s so much of a spiritual process in making the album, I really got to feel connected to the music and what I’m talking about.”

He then goes into For Free which is delivered in a spoken word format over a jazz influenced beat where Kendrick really showcases his lyricism.

The next track is King Kunta which was another one of the singles released with a very Tupac-inspired video. The beat sounds very west coast with Kendrick saying he runs the game sounding boastful and talking about the people who want to take him out – “King Kunta, everybody wants to cut the legs off him” while still dropping knowledge.

The album then goes into Institutionalized which features Snoop Dogg and Bilal. It’s so good to hear the two Cali legends tearing up a track. In this song Kendrick is talking about how it’s hard for him to leave his old life and mindsets behind with lyrics like, “I’m trapped inside the ghetto and I ain’t proud to admit it, Institutionalized I keep running back for a visit.”

The track U is the most vulnerable track on the album where you can tell Kendrick was dealing with survivor’s guilt of making it out of his past life and having to leave people still in the struggle. The song echoes the line “Loving you is complicated” repeatedly where he really opens up about his fears about how people perceive him. He is first speaking from the perspective of a fan and him misusing his influence and celebrity. The second half of the track, he is speaking from the perspective of his family and people close to him. It sounds like he’s in tears as he sings this part. This track is very raw and honest and you can tell that Kendrick was on a journey with himself and faced inner struggles while writing this song.

You can tell throughout the album that he now feels a responsibility to use his celebrity and influence to impact culture in a positive way. Six times on the album, the music cuts and Kendrick repeats the phrase, “I remember you was conflicted, misusing your influence, sometimes I did the same, abusing my power full of resentment”.

After the heavy message and sound of U, he then goes into the bumping Alright. As a fan, this is my favorite track on the album. Kendrick’s flow on this track is impeccable, echoing the chorus line, “We gon’ be alright”. You can feel the album carrying you through a journey of emotions and sounds.

Kendrick has always touched on religious themes in his music with the sinners prayer right at the beginning of good kid, m.A.A.d city. In the track How Much A Dollar Cost, Kendrick talks about an experience that he had with someone who he thought was a homeless person who really turns out to be Jesus. In an interview with MTV, Kendrick elaborated a bit on his experience which happened in South Africa saying, “These moments in my life are deeper than just handing someone a dollar, these are moments of integrity and being able to talk to somebody…and I felt God speak through him to get at me”.

We all heard the first single he released, I, which he said he wrote for people who were in prison and those battling depression and suicidal thoughts. The track is very uplifting and carries a very positive message to still love yourself despite all your insecurities. He chose to go with a live version of the song on the album which is him performing in a concert. A fight then breaks out in the audience during his performance and Kendrick cuts the track and goes into a freestyle explaining the word ‘negus’, which is the Ethiopian word for royalty. This was definitely a bold move and you can tell that he had creative freedom to do what he felt was right for this album.

The last song on the album is Mortal Men. In this track Kendrick is explaining how we as fans immortalize our leaders, whether it be celebrities or politicians, and forget that they are human just like us and are prone to making mistakes. He questions our loyalty to the people that we look up to in society and why we are so quick and hateful to bury our leaders, dropping lyrics like, “How many leaders you said you needed and then left them for dead, is it Moses,  Huey Newton or Detroit Red?, Is it Martin Luther, JFK? Is it Jackie, Is it Jesse, is it Michael Jackson?”
This track is one of the highlights of the album as it has an unreleased Tupac interview that was edited to sound like Kendrick is having a conversation with Tupac.

This album is a straight up masterpiece. It is so complex and deep that I hear something new every time I listen to it. I keep having to rewind tracks and play them back because it’s so easy to miss the gems in his lyrics. I love the raw sound of the entire album with the live instruments which lends to the thematic nature of the album and makes it feel like a story unfolding. In my opinion, TPAB is a timeless classic that will be mentioned with the greatest albums of all time. I think that for this generation this album is almost like what Illmatic was for me growing up. In every song you can hear the thoughtfulness and the masterful wordplay and eclectic rhyme scheme which makes the album intense to listen to but something that you can rock with. The fact that there were no real ‘club bangers’ was a bold move and I applaud the direction that he went in with this album.

Even though his method of delivering his message may be harsh at times, there is no doubt that this is a ‘thinkers’ album. I’ve honestly never heard an album like this before. From the way the album is composed to Kendrick’s unusual flow, with the raw sounds and spoken word feel, it almost sounds as though Kendrick is the room with you. This is an album of contradiction at times based on the fact that he’s wrestling with himself and his thoughts.  You can tell that Kendrick has been on a journey with himself and this album is somewhat of a transition from the old good kidd Kendrick to a more outspoken socially conscious Kendrick, who values his position of influence much more and wants to have a positive impact on culture.