Last night was something else. The 89th Annual Academy Awards started off like many other awards shows with a nice hook to bring you in, with Justin Timberlake performing his nominated song “Can’t Stop the Feeling” from the movie Trolls. From there we had an excellent monologue from Jimmy Kimmel and the awards continued as is it has for years (albeit a lot more entertaining than usual, Kimmel was an incredible host, so sharp and on his toes). Everything seemed to be going well until the Best Picture was announced. In case you’ve somehow missed the video that’s now gone viral here’s a quick recap:

Presenters Warren Beatty and Faye Dunaway seemed confused when they opened the ballot for Best Picture, because they were holding a copy of the Best Actress envelope. 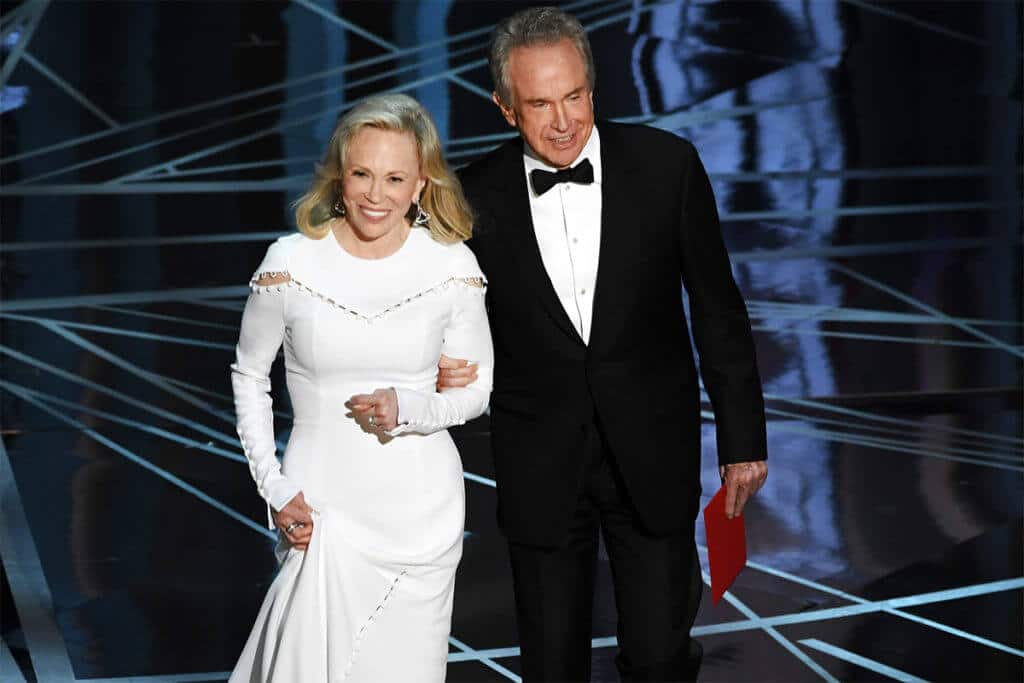 However, in the confusion Dunaway announced La La Land as the Best Picture winner when in fact she was just reading La La Land under Emma Stone’s name. The producers, cast and crew went up to receive the award and give their speeches only to realize that they hadn’t in fact won the award; Moonlight had.

This is completely unacceptable. I’ve been seeing a lot of memes and jokes about this debacle, which I would normally be laughing at and sharing away but in this case I think this is an egregious mistake that not only hurts the cast and crew of La La Land but also hurts the people behind Moonlight. Before I continue, I just want to say that I love both films and while I personally was pulling for La La Land to win, Moonlight is a spectacular film that is undoubtedly deserving of the award. However, the way they won is ridiculous.

The Academy Awards are the most prestigious award that a filmmaker can receive in their career. Every single person involved in the creation of a film dreams about receiving one. Now imagine you’ve just worked your butt off on a film that you never believed could be made in today’s modern climate, let alone make money and win this many awards, and you know believe that you’ve just won the Oscar for the Best Picture. You get up there and start to thank all the people who’ve helped you on your journey and then just as quick as you got the award, it’s ripped away. On the biggest national stage for a filmmaker. The. Single. Biggest. Achievement. In. Filmmaking. Ripped. Away. Live.

No filmmaker deserves a fate like this. Put aside the fact that I adore La La Land; if it were flipped I’d be just as upset because nobody deserves to go up there and believe you’re on top, just to get it taken away. Receiving an Oscar is the culmination of a lifetime’s worth of hard work, blood, sweat and tears. What does this say to aspiring filmmakers now? Hey, work your ass off and maybe you can go up there and receive the award! JUST KIDDING!

On the other hand, the people behind Moonlight are sitting there with a little asterisk above their win now. From now until forever, Moonlight will be known as the Best Picture winner that won via controversy, the ones that barely got to thank their friends and loved ones, the one that was almost an afterthought to the actual presentation. This entire debacle is simply not fair to either party and I hope the folks at Pricewaterhousecoopers (the accounting firm that is in charge of determining the winners and the envelopes) understand how big of a mistake they made.

I will say that both teams handled the debacle with class. Jordan Horowitz, producer of La La Land, let the people behind Moonlight know that the award was theirs, while Barry Jenkins, director of Moonlight graciously thanks the producers of La La Land for their cooperation. As for the rest of the show, here are my quick thoughts: Kimmel is simply one of the best hosts we’ve seen in a long time. From his opening monologue, to the Matt Damon jokes, to his handling of the Best Picture mishap to the tour bus bit, he had me interested in the actual show and laughing along. As a comedian he is so quick on his feet with his jokes, always adapting to the audience and what is going on, while also being respectful and serious when he needed to be. I hope he’s back again sometime soon because that was absolutely golden. John Legend absolutely butchered the La La Land songs in my humble opinion and Sting’s song was just boring, but Auli’i Cravalho was absolutely stunning in her performance balancing out the Best Original song performances. The “In Memoriam” segment was emotional and a lot harder to get through than anticipated, given the high amount of talented personalities we have unfortunately lost last year. Sara Bareilles delivered the best performance of the night with her song that fit so well with tribute.

The actual awards didn’t have too many big surprises. I ended up going 17/24 on my predictions, with the biggest surprises coming early on with the technical awards (i.e. Suicide Squad and Fantastic Beasts both taking home awards). Another stressful moment was when the Best Actor winner was announced. I truly believed for a second that Denzel was going home with the award, seeing has he’s won the SAG, but in the end Casey Affleck won as per most people’s predictions.

Overall, the 89th Academy Awards were already off to a memorable start before Best Picture was announced. Add that on and this is certainly one of the most controversial shows in recent memory, one tainted with a Best Picture flub that will live in infamy for a long time. An excellent show in one of the most stacked years of the decade that will forever be marred by one wrong envelope.