Last week I had the chance to cover Fashion Art Toronto for SHIFTER Magazine. Needless to say, you all saw how excited I was taking over SHIFTER’s Snapchat; I would do it again in a heartbeat.

This years 11th annual Fashion Art Toronto aka FAT, formerly known as |FAT| Arts & Fashion Week, was held at Daniel Spectrum from April 12-16. Every year there’s a theme that is chosen and this year was called DRESS CODES, which explores the connection/disconnection between fashion and identity. I was able to attend three out of the five days. The first day I attended was GENDER WEAR. It broke the stigma that only specific genders can wear a certain type of clothing. The designs catered to all genders and the diversity was phenomenal. My friend and blogger Jesse Hazen was in attendance and did a mini takeover of SHIFTER’s Snapchat. I was also able to feature Ottawa’s Katie Hession of YOW City Style and lifestyle blogger Dominique of Style Domination.

FAT showcased 50 shows, 100 designers and artists, photography exhibits, and a selection of curated fashion films, just to name a few of the amazing things it offers. FAT is known for setting the stage for over 100 emerging fashion designers, artists and stylists to unleash an invigorating and brilliant showcase that marries fashion and art. This is such a great and much needed platform for independent artist and fashion designers. 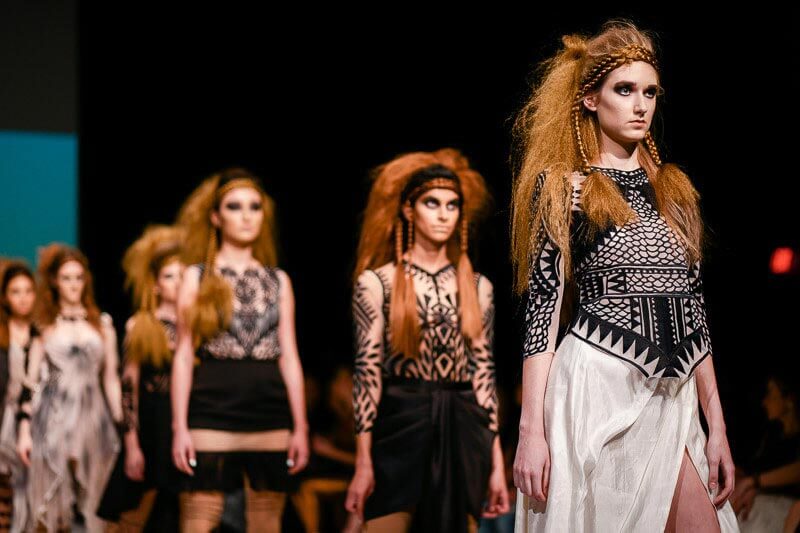 The last day was of course the biggest turnout. They ended the week on a major high note. The designers and models were on another level- just spectacular. I was able to go backstage where all the real excitement was happening. Witnessing all of the hustle and bustle of the models getting ready, designers putting their last minute touches to their already beautiful designs, and of course their team and volunteers doing their best to get what needed to be done.

I was able to interview Lucci Rojas of LUSHYNE whose designs were absolutely breathtaking. And it just so happened to be his birthday. I had so many favourites that night, it’s hard to choose just one. Standouts included Sarah Splinter, ISKON MODE, Marie Copps, Oscar Mendoza, Ryan Alexander, Elizabeth Elwood and Lesley Hampton I could go on and on. All of the designers did a wonderful job and their passion resonated through their designs. If you’re an up and coming designer FAT is a great place to showcase your work to an engaged and supportive audience. All in all it was a great night.