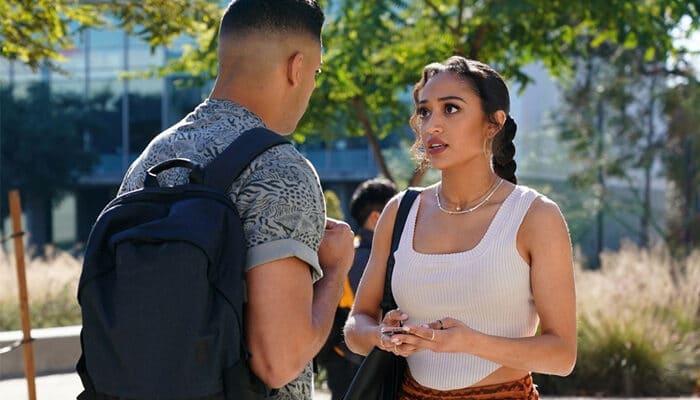 While Asher and Layla inch closer towards their dreams, Spencer continues to face setbacks in his D1 career affecting his relationship with Liv. Kevin Bourne breaks it down in his All American season 4 episode 11 recap.

Billy and Laura are still adjusting to a full house. The investigation into Monique’s murder literally comes to their front door as the police show up to question Coop. Patience then confides in Laura, and tells her the whole truth, as we find out Coop is in more hot water than we originally thought.

Billy starts his new job as interim principal and brings Preach along for the ride as a tutor. As they both rise to the occasion on their first day, Billy is ready to take on the job permanently, but his path to the permanent role isn’t exactly clear cut.

Meanwhile, both Spencer and Liv are facing pressures which continues to take a toll on their relationship. As the depth charts are revealed, Spencer must adjust to his new role on the team. Later, Spencer learns the truth behind how he landed on the team, as his D1 college football career weighs in the balance. On the other hand, Liv’s day is thrown off track when Jen, who she is sponsoring, goes missing. Not being there for each other when they need it most, Spencer and Liv get into a fight; that’s before he learns to take a whole new approach to life and football thanks to an unlikely mentor.

Layla starts working with Sabine on a new song, who challenges her not to play it safe with her dream of building her musical empire.

Finally, after months of hinting as much, Asher looks to land a job as a “walk on” student coach with Coach Montes, husband of his former coach at Beverly.