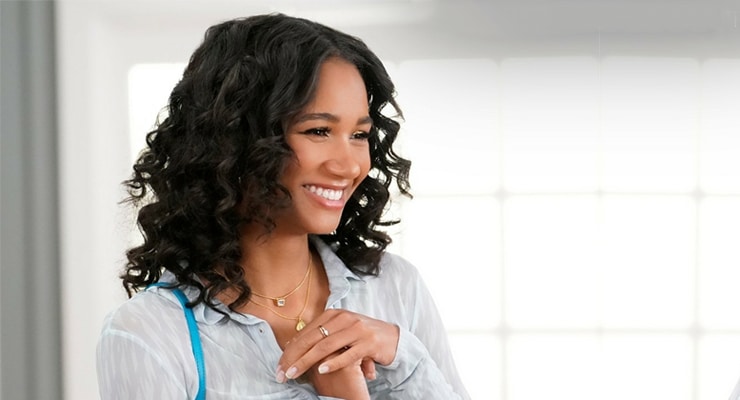 While a number of characters land new jobs, this episode is a little messy, including a big breakup. Here’s our All American season 4 episode 18 recap.

After getting closure and making peace with Carrie, Layla looks to make amends with the people in her life, including Coop, by writing them letters. Unfortunately, one person―Clay―can’t accept her apology.

Spencer is hosting his apparel launch, but there’s some trouble brewing. The bromance between Spencer and Wade is in jeopardy as Spencer confronts Wade about the derogatory post circulating about Liv. Another player takes responsibility for the stunt, but is Wade completely off the hook?

After speaking to Regina Lawson, his competition for the principal job, she has has agreed to step aside, clearing the way for Coach Baker to become the principal at Crenshaw.

Meanwhile, former principal, D’Angelo Carter, turns to Coach Baker for advice after a new opportunity in Oakland arises that will position him to run for governor, but will take him away from Grace. He asks her to move with him, but unfortunately, Billy has hired her as the new Dean of Students at Crenshaw.

Coop also lands a new job as a pre-law apprentice at Laura’s law practice after taking initiative to help her out by answering phones and helping her with marketing.

But the big storyline revolves around “Jimone” as Simone comes home for a surprise visit as Jordan and Layla are heading out, leading to more questions about their relationship. Simone eventually confronts him about what’s happening, leading to their breakup. Does this mean we’ll never see her on All American ever again? Does this mean we’re going to see a new romance between Simone and Damon on All American: Homecoming? We’ll see.

Finally, Liv suspects Jen is using pain pills to mask a leg injury. After being wrong, Jen confides that she has found a new sponsor after not being able to get ahold of Liv, amidst her busy life. Although this breakup is from being a sponsor and not a girlfriend, it still hurts.