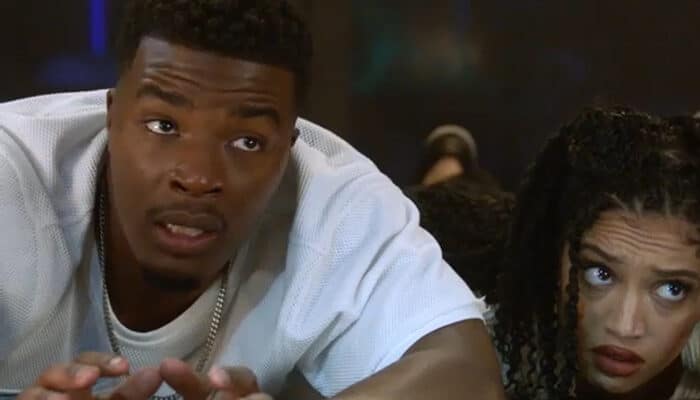 As you would expect from a season finale, tonight’s episode was full of drama. Love is in the air as old flames die and new ones begin. It’s also an episode where old dreams come to an end and new ones take shape. While Spencer, Asher, Coop, D’Angelo and Grace all begin to fulfill their dreams, Liv is still finding her way as a journalist. We have it all in our All American season 4 episode 20 recap.

Continuing from the last episode, SWAT raids the crew’s Halloween party after receiving a tip about someone wielding a knife. Coop’s new experience as a legal assistant pays off as she helps her friends navigate the whole situation. Laura eventually gets them out of their predicament. As Spencer invites the girls to stay at the beach house, Liv decides to stay at her parents’ house indicating some friction between the two. In the aftermath of the police raid, Jordan tells Layla how he feels, but she’s scared after jeopardizing her friendship with Clay.

After the call to the police was traced back to Wade’s phone, he was arrested for swatting, but it causes friction between Spencer, Jordan and their teammates. As a result of Wade’s arrest, Jordan becomes the starting QB for the homecoming game, with Montez asking Asher for some intel on Jordan.

Liv and Spencer argue after he didn’t believe her about Wade being behind the creepy phone calls, but before they can even finish their conversation Wade is acquitted of all charges.

After Liv and Billy pay Coach Garrett a visit, Wade is benched in the end, securing Jordan’s spot as the starting QB for the game. When Wade calls Liv a bitch to Spencer and Jordan’s face, Jordan punches him in the face, injuring his hand and putting the big game in jeopardy. While helping him take care of his hand, Layla admits she has feelings for Jordan. A lot of fans aren’t feeling this relationship, but I’m team Jordayla all the way.

Love is in the air over in Crenshaw as well as D’Angelo looks to take his relationship with Grace to the next level before he moves to Oakland.

As expected, the finale ends by setting up some storylines for next season.

As Mr. Keating steps away from the music business he hands his label over to his unexpected protégé, setting the stage for a some head-to-head competition with Layla.

Finally, with Wade’s football career all but over, Liv sets her sights on Coach Garrett, calling into question her future with Spencer who, alongside Jordan, is finally a starter and the future of Golden Angeles’ football team.

Can Liv and Spencer survive another big story? Will she be forced to once again compromise a story (and her dream) for the sake of her relationship with Spencer? We’ll have to wait until next season to find out.

All American resumes this fall on The CW in the United States and on Showcase in Canada.