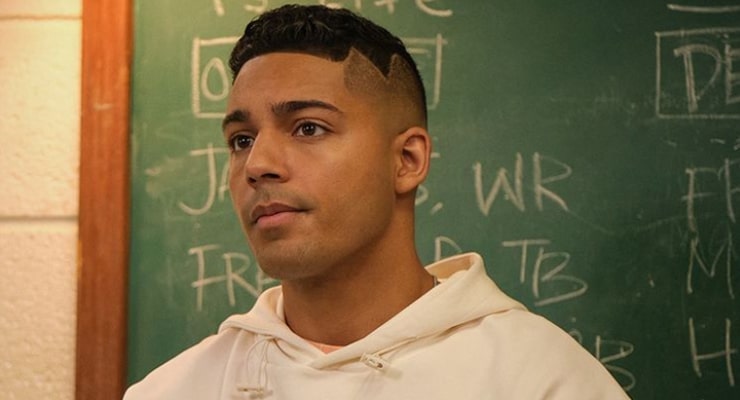 With Spencer’s high school football career coming to a close, this was a tear-jerking episode. SHIFTER’s Kevin Bourne takes a look at all the new and shattered dreams in his All American season 4 episode 4 recap.

With Coop’s rap career threatened by her injuries from the shooting, Asher sidelined permanently from his heart condition, and Jordan looking at attending community college, many of the ongoing storylines reveal how the characters grapple with broken or altered dreams.

Coop is forced to sit on the sidelines as Layla completes the album with her new artist. After providing Layla with some valuable observations on how to improve the project, the parallels between newfound friends, Coop and Asher, are growing. Where Asher appears to be going down the path of becoming a coach, the episode appears to be hinting at Coop’s future as an A&R; both of them helping to coach others after not being able to fulfill their own dreams.

But it’s not all doom and gloom. Where other characters’ dreams are coming to an end, for Liv a new dream begins. After an interview with the L.A. Tribune and penning a piece about the pressures faced by Black athletes, she is offered a new position as a journalist. As she reads her story about the praise Black athletes receive on the field and the questioning they receive off the field, it provides a perfect backdrop for the All American game and Spencer’s big decision. With Coach Dante Smart out of the picture, Spencer continues to question his commitment to Toledo State. The plot thickens as Billy Baker is offered a coaching job at Toledo State and the opportunity to run it back with Spencer for four more years.

Meanwhile, during the All-American practice and game, Jordan comes into his own as a leader, earning the respect of his coaches and fellow players. He also shows his ability to elevate those around him as he takes a receiver by the name of Isaiah under his wing. This is a mature version of Jordan―a far cry from the highly emotional and insecure kid with daddy issues. With this increased leadership abilities and on-field performance, perhaps a D1 offer is still in the cards.