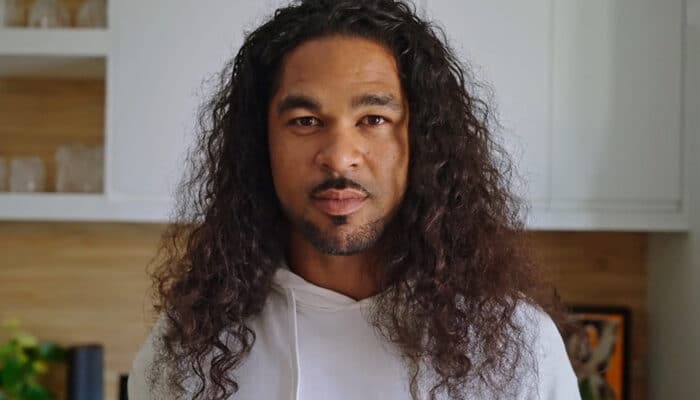 Tonight, my plan was to put the kids to bed and watch the premiere of the new HGTV Canada series Gut Job. I wasn’t even planning to write a review, but when the show started, I couldn’t believe what I was seeing. I ran upstairs to see if my wife was watching and she had the same look on her face―partly proud and partly shocked and amazed. There were two things we both knew―this show was good and it was something we had never seen before on Canadian television.

From the first scene, you immediately notice how Gut Job is different from any other show we’ve seen on HGTV so far. The episode opens with Clovis in his kitchen at home, telling the story about two homeowners who bought a home without an inspection after a bidding war. This level of storytelling happens throughout the show which pulls you in and leaves you feeling emotionally engaged. Between the storytelling and cinematic shots, you almost feel like you’re watching a documentary at times. This extends to his own story as he introduces his partner and interior designer, Ayanna. As he goes into the background story of their relationship, it becomes a celebration of Black love and really adds a personal touch to the show. Watching the two balance working together and joking around with each other is enough to make you smile. Black love on a home renovation show. Who would’ve thought?

The show is also different in that it’s unapologetically hip-hop, from the music and Sebastian Clovis’ energy to small details like Clovis dapping up one of his subcontractors when he enters the room. It’s a reminder that hip-hop isn’t just a musical genre; it’s a culture that can be infused into anything, including a home renovation show. Adding to the unique vibe of the show is its use of Black subcontractors which is also refreshing to see.

Although it’s something we haven’t seen before, it will feel very familiar to Black audiences because it’s our culture. When you contrast this show with others on the network and Canadian television on a whole, you see how so much of the content we see everyday is culturally white, and given the opportunity, Black hosts, producers and creators can offer something new and fresh.

But while “Gut Job” is hip-hop and Black love meets home renovation, it’s so much more. It’s a step in the right direction, not only for HGTV Canada, but for Canada on a whole, and we need even more of this. It’s a moment for Canadian television and something to be proud of. It’s the show we always needed, but just didn’t know it (but I guess now we know).