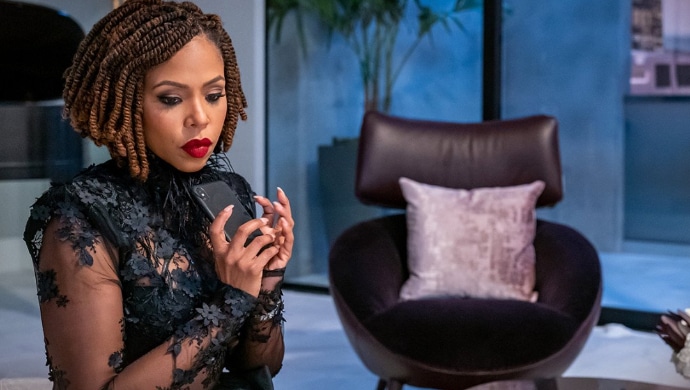 After putting his hands on Hayden, Zac lands in jail as the legal drama continues. Here’s our Tyler Perry’s Sistas Season 4 Episode 15 recap.

The episode opens with Hayden getting his ass handed to him by Zac while he pleads for security. As Zac put it, Fatima rides for him and he rides for her. Even in the midst of a serious moment, Zac had jokes, punking Hayden for being afraid of him.

What I want to know is does Hayden do any work though? We haven’t seen him move one piece of paper or type one thing on his computer since his character came on the show. Dude spends more time being a Chatty Patty than doing any real lawyering.

On the tail end of the drama, Karen walked in to tell Andi about not knowing who the father of her baby was. Karen reveals she doesn’t want a baby with Aaron because she doesn’t know him well enough. In the end, she isn’t ready to cut all ties with Zach, but she also realizes how mean she was to Aaron. If it sounds confusing it is. After hating on Aaron for the past few weeks for his excessive clinginess, he really does deserve better. Although it may be short-lived, I’m starting to like Aaron.

Does Hayden do any work though? Haven’t seen him move one piece of paper or type one thing on his computer since his character came on the show. #SistasOnBET

Bayo reappears in this episode with his smooth, almost perfect self, but while walking through the grocery store, Sabrina finds out a big secret about her new man.

Speaking of Sabrina, Preston shows up to pick up his things from Danni’s house. Before he gets a chance to pour his heart out, Sabrina comes in and ruins the moment. We have to wait until next week for a Preston and Danni reunion.

Meanwhile, Q and Calvin continue to bond over dinner, to Maurice’s dismay. After hearing Q’s story of abuse, Calvin is okay with him staying at the house. When Calvin leaves, Maurice and Q are left to be alone. Maurice still has trust issues, but makes a deal with Q for him to stay.

At the end of the episode, Robin comes into the office and Andi fills him in on all the Hayden drama. He agrees to handle it in exchange for a little “favour”. Meanwhile, Hayden the weasel tips Gary that Robin has arrived with the two conspiring to get back at Robin.

With Robin’s support, Andi heads to prison to help Fatima, but this is just the beginning of this whole legal drama. What does this whole thing mean for Zac? We’ll see next week?