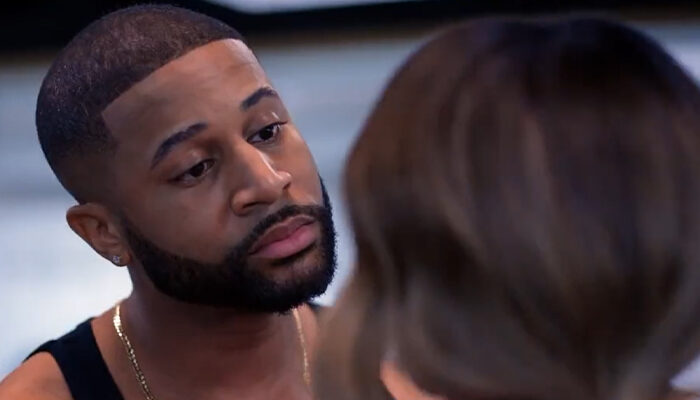 Zac and Fatima are still having friction and Andi’s life is about to get interesting. Here’s our Tyler Perry’s Sistas Season 5 Episode 4 recap.

The heat continues between Fatima and Zac at the gym over the situation with Karen. She had to tell Zac to let her go before her dark side came out. In other words, “I’m about to wil’ out”. Unfortunately, Zac’s tenant, Daija, messed with her at the wrong time. She tries to give him an offer he can’t refuse (which he does refuse). When Fatima catches Daija and her girls talking about Zac in the change room things get a little physical.

Meanwhile, Que, who now works at the airport with Danni, is out here being a thot, bringing girls to Maurice’s house. He shows his true colours, bullying Calvin and pushing his buttons. Dude is a snake. He mockingly admits to Calvin that he cut a deal to help put Maurice in jail. Mackenro Alexander, who plays Que, is a good actor. This scene leaves you feeling like you want to punch him in his face. But Calvin’s silence is by design as he has something up his sleeve. Karen’s mom, Miss Lisa, has something up her sleeve as well, inviting Aaron, Zac and Fatima over to her house for a chat.

Karen herself spends the whole episode in bed recovering. She feels a bit dry when she finds out it was a doctor friend of Aaron’s who told him she was in the hospital and not Fatima as she suspected. Pam comes by to check up on her, continuing to try to be a good friend. Pam (Angela Beyince) is clearly getting more lines and screen time. It will be interesting to see how her character grows and evolves.

Meanwhile at the law office, Fatima fills Andi in on the latest with Karen—“She called me all kinds of bitches”—and Zac—”He called me Karen”. Andi suggests she’s projecting things from her ex-boyfriend onto Zac and that he’s clearly over Karen.

Zac pulls up at the office, to tell her he doesn’t love Karen anymore and to invite her to Miss Lisa’s meeting. As expected, Fatima isn’t having it, but Zac promises to handle Karen. Again. Hayden takes issue with Zac being there in light of him having a restraining order against him. This sets off another showdown between Andi and Hayden, but it turns out she may have played herself. Gary has paid Robin a visit and it appears to be all about Andi. Expect the whole thing to blow up in her face next episode.