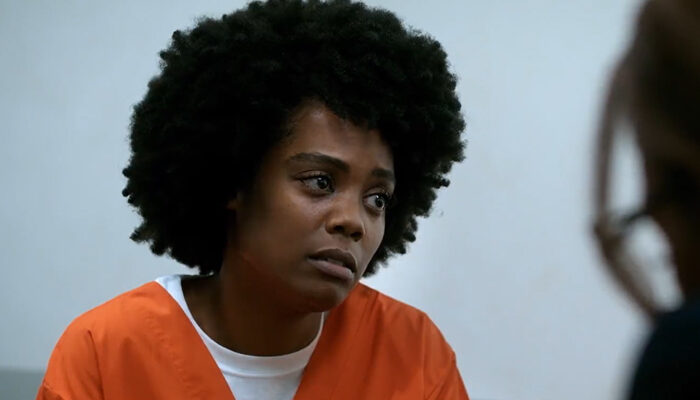 The episode begins with Danni continuing to seek legal advice from Andi after killing her abuser Jonah. She recounts the story of him hitting her and spitting in her face. In a moment of shock, she beat him and ran over him repeatedly as he tried to run away.

After a quick phone to you know who, Fatima learns he’s not dead after all, but in the hospital with broken ribs. After telling authorities he “Fell off a motorcycle” the coast is clear for Danni.

So what could’ve made him lie to the cops? It wasn’t to protect Danni, but to protect himself. It turns out he has previous assault charges.

During a heart to heart talk, Andi forces Danni to confront her issues around neglect and pushing Preston away. Danni in turn questions her about going around in circles with Gary. Hayden was right all along as Andi confides she’s only playing nice to avoid getting sued by Gary and losing her house and car.

Later at work, Danni calls Preston to arrange a time to meet. They decide to meet at her house.

Que comes for his regular chat with Danni at the airport but she doesn’t have time for him today. Things get a little creepy when John shows up, sitting right in front of her giving her the evil eye, crutches and all. Que gets a little protective asking her why he’s looking at her crazy. He starts to press him, flashing his ankle monitor. Although he has an ulterior motive of trying to get fired, Que is giving us reason to like him this episode.

Daija tries to help Zac and be a “friendly neighbour” but Zac ain’t having it. She gives him a warning about Madam and what that means for Fatima.

Still meddling in her daughter’s business, Miss Lisa calls Aaron over to Karen’s house. Actually, she called five times. He comes bearing gifts, or groceries, so he can cook for her. He’s there to serve her “like a princess”. Although his corniness is enough to make you wanna barf, they actually share a nice moment. You get the impression they could actually grow into a relationship. Still, she asks him if she can go through his phone to learn more about him. After not finding anything, Karen calls Andi to tell her something is up with Aaron. She also wonders what’s going on with Sabrina, but Andi dodges her.

In the latest Zatima news, Zac’s alleged baby mother, Heather, shows up at the office to meet with her lawyer who “happens” to be Hayden. Looks like Zac might be facing a lawsuit very soon.

The episode ends with Andi and Danni finally getting to see Sabrina. Rocking her natural hair after they cut off hair, she looks like she’s in rough shape; tired and on edge. After she wonders why she’s in there, the girls tell her about Maurice’s confession to the bank robbery.

To make matters worse, the prosecutor, John, has a vendetta against Andi because she was his wife’s divorce lawyer. After threatening to have her arrested for impersonating Sabrina’s lawyer, he lets her know he’s trying to put Sabrina in jail for 30 years.