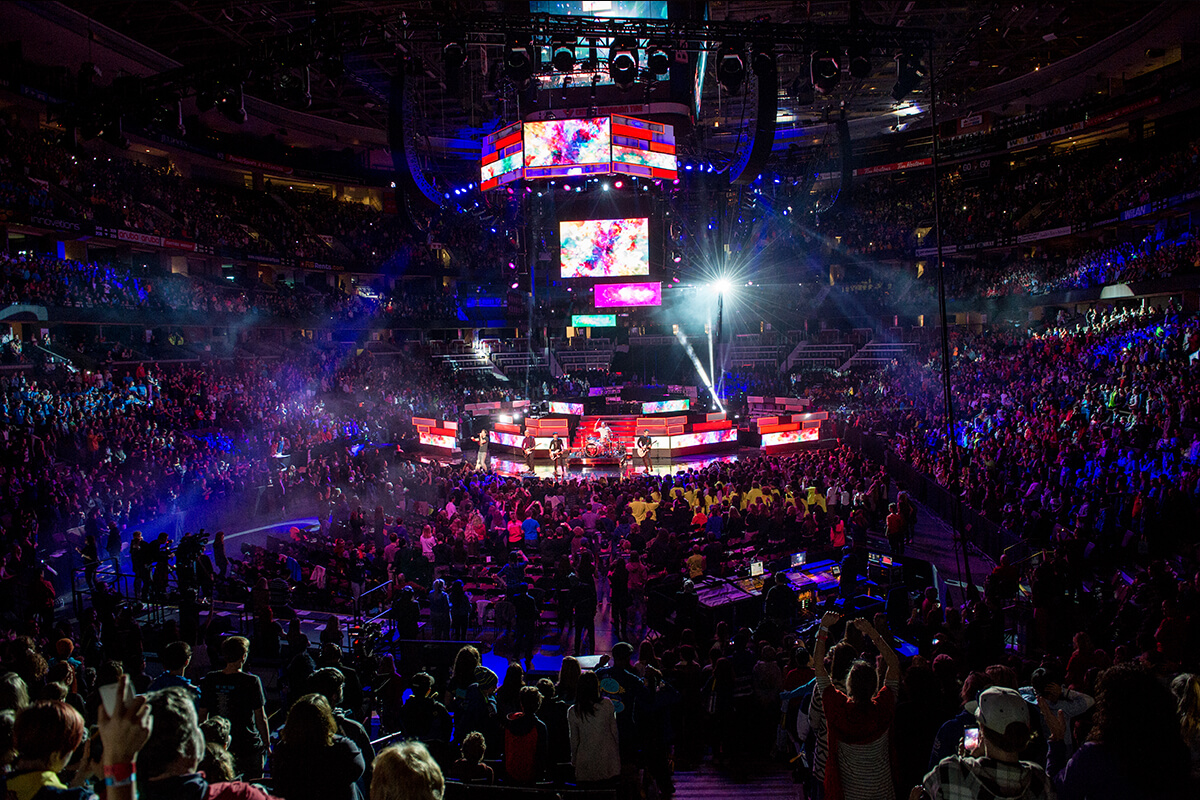 It’s celebrated by young people in cities across North America and even in the United Kingdom, from Toronto to Los Angeles to London. This past Tuesday WE Day stopped in Ottawa, Canada. Over 16,000 students from over 500 schools punched their ticket to the event by taking part in both a local and global action. Students gathered at the Canadian Tire Centre to be encouraged to dream big, use their imagination and go from, “Me thinking to We acting”.

Guests included YouTube sensation Lilly Singh, who received the biggest ovation, United States Ambassador to Canada, Bruce Heyman, recording artists Kardinal Offishall, Franceso Yates and Simple Plan, and the “man in motion” himself, Rick Hansen. The most anticipated guest however was the newly elected prime minister, the Right Honourable Justin Trudeau, who made his fourth WE Day appearance. The prime minister encouraged the crowd of young spectators to make an impact today.

“I don’t want you guys to think of yourselves as leaders of tomorrow. WE Day is not about you becoming leaders of tomorrow. This is about you being leaders today…Because what you do, what you say, the choices you make. How you reach out to your classmates, to your friends, your families. How you look to have an impact in the world around you. How you shape the world, the community you’re growing up in. That is the leadership you are showing right now.”

WE Day was founded on the belief that every young person could change the world. Since 2007, youth involved in the annual WE Schools program have raised $62 million for organizations all over the world. Among the thousands of youth inspired by the WE Schools were Ali Oshabi and Ali Matar of Sawmill Creek Public School. When asked why they participated Oshabi said, “Well, I kind of wanted to show that not only adults can help the world, locally and globally. So when I heard what they were doing when I joined the school I wanted to get involved immediately.”

The next WE Day will be held in Winnipeg, Manitoba on November 16th.