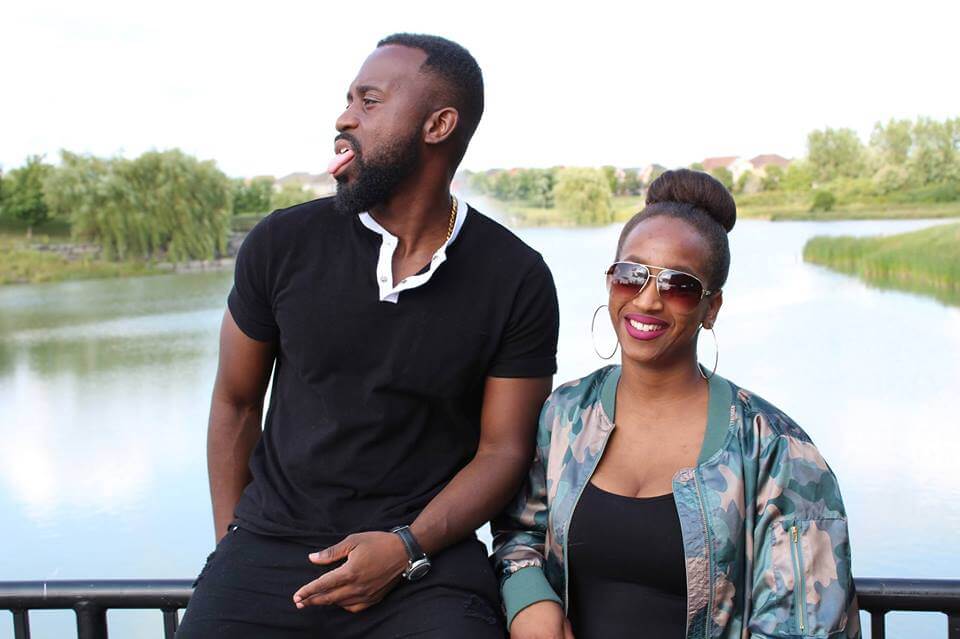 INTERVIEW WITH POWER CIRCLE CO-HOSTS REGGIE CASH AND CASSIE B.

He’s a sought after event host/emcee and YouTuber and she’s a reality TV junkie and the daughter of a long-time radio show host. Together they’re the co-hosts of entertainment podcast Power Circle. Kevin Bourne had the opportunity to ask Reggie Cash and Cassie B. about how they met, how they started Power Circle, who inspired them and where they see their podcast going.

Kevin Bourne: So how did you guys meet?

Cassie B: Reggie Cash and I know each other from way back. I remember meeting him for the first time at my father’s workplace, CHIN Radio. I think we were either in grade 6 or grade 7 at the time.

Kevin: How did you guys come to decide to launch a podcast?

Reggie Cash: Power Circle was my idea. I wanted to launch a Podcast where it would be similar to the Breakfast Club but also have the feel of TMZ in terms of how we deliver news or any hot topics going on in the world. But the way I went about the idea was I wanted to have a co-host that could relate to females but also with a strong political background. I was like, “What better co-host then Cassie?” I asked her to come host with me in 2016 but she was dealing with personal stuff but finally early this year she was down and we got it started.

Cassie: Reggie Cash approached me in 2016 with the idea. He pitched to me that there’s an opportunity for such a platform. His idea was to form an urban podcast that would essentially be like Breakfast Club or TMZ. The podcast wouldn’t only be talking about what is talked about on social media, but it would also be a platform where local artists and talent could come on, promote themselves and talk about what they’re doing. I wasn’t sold on it then. Reggie tried again a second time. And this time, I wasn’t in the state of mind. My grandmother, who I have a very close relationship with, got really sick and all my time was dedicated to her. Finally, earlier this year, Reggie approached me a third time, and I thought to myself, “Wow, Reggie must see something in me”. I know that my father being a radio host for most of his life is a factor in why Reggie wanted me to be his co-host for the podcast.

Kevin: What’s the vision and the meaning behind the name?

Reggie: Power is everywhere. Why not talk about it? The vision behind the name is, “We all got power, just make it happen”. We wanted to be the voice of the voiceless and inspire people to be great. If they don’t give you an opportunity, make one. I just want to say our family today is very strong. We got me and Cass, but without Sabrina our manager, Tonino our Audio Producer and Chloé, Sabrina’s Assistant, we would not be here.

Kevin: When you guys aren’t podcasting, what else do you like to do?

Cassie: Monday to Friday I am an Administrative Assistant, and on Saturdays I am Cassie B, on the Power Circle podcast. When I am not doing the latter, I like to lounge in my sweatpants, read a book, catch up on some Netflix, I am currently trying to finish Drop Dead Diva. I also enjoy scrolling down my social media, with no interruptions and taking in the tea, and I am in LOVE with reality TV. I also love sending time with those who matter.

Kevin: Who are the pop culture icons that inspire you in what you do?

Cassie: Marilyn Monroe. She came from a broken family and made a name for herself, despite her internal struggles. You can say whatever you want about her, but I truly believe that despite what others wanted for her, she wanted to be herself. Norma Jean was a beautiful brunette, who was transformed into a blond to “sell” more. Her character was always the same the clueless hopeless romantic. I look at her and think, if you can’t be yourself, then don’t do it, and don’t do it just for the money. I am Cassie B, and I’m not asking you to like me, I’m only asking you to respect what I’m doing. Nonetheless, I love her.

Also Kanye West. Despite how much the world might think Kanye West is arrogant, I think he’s smart. He’s not the Pacific College dropout anymore; he’s the boss. He has built an empire for himself and married the woman of his dreams. Guys, if you watched KUWTK, then you know what I mean. Impossible does not exist for Kanye West. To me he’s the embodiment of dreams are attainable if you give it you a hundred percent. Kanye, I’m waiting for your next tour!

Kevin: What would be your dream interview?

Reggie: Dream interview would be Will Smith and Drake for sure. Those are the guys I looked up too for a while. I always wanted to be just like them when I get to the level I wanna be at.

Cassie: If you would have asked me this question in 2006, I would have told you T.I. Everything about him is attractive. For starters, he is! But in all seriousness, his vocabulary, his history, his style of music – I would’ve loved to interview…in fact, I would still love to interview him. But today, my ultimate dream interview would be Kim Kardashian, as silly as that may seem to many people, I like her. Her family started a show; very basic. They took that and turned it into a huge empire, and look at them now. Look at her now. She is beautiful, she is successful and I love watching her on TV. Kim K West is queen!

Cassie B, co-host of Power Circle

Kevin: In five years where do you see the Power Circle going?

Cassie: The sky is the limit. At the beginning I just thought this was for fun, something to distract the mind on the weekend. But now, it has become part of my life. Reggie and I are constantly looking at what we can talk about on the next episode, we are always editing something, we are always reaching out to people in the community to be on the show. I can only hope for big things for Power Circle. In five years, Power Circle will become a network. That’s the ultimate goal.

Reggie: Five years from now Power Circle will be the #1 source of daily entertainment in Canada, and we will have our own radio station. Cassie, Sabrina and I are always in constant communication. We want to see our hip-hop scene but also the music scene in general grow. We want our local artists and big time artists to have a platform when they come to Ottawa.